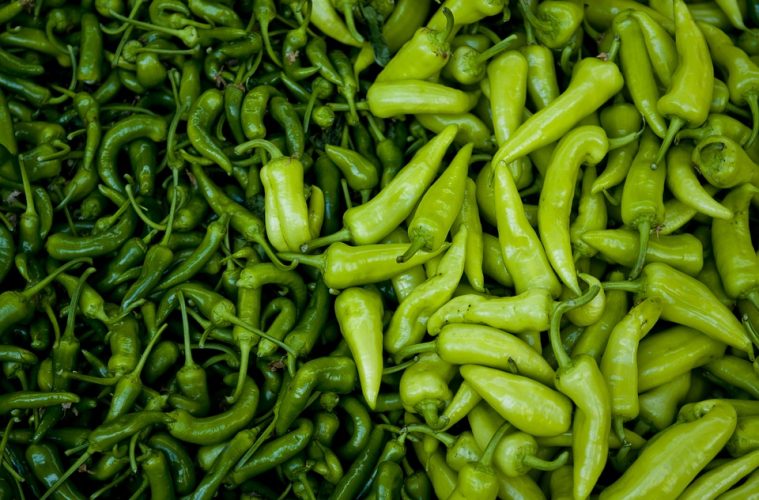 A typical farmer in Barangay Sapang Pahalang, San Rafael, Bulacan, who tried, for the first time, to use an organic foliar fertilizer in his panigang pepper farm, attested that his plants showed a considerable improvement afterwards.

Norman Varilla shared that the most noticeable improvement was his plants’ resistance to stress and other forms of plant diseases. He said the improvements he observed came out after using Amino Plus Foliar Fertilizer.

Varilla also used seedlings that were treated with the said fertilizer, which he bought from a nearby nursery. Broad-minded farmers like Varilla have started to use seedlings from seedling producers in their respective areas. After all, healthy seedlings that are produced in a well-managed nursery can result in a better yield and be expected to give a more realistic profit.

When asked as to how he came to know about the fertilizer, Varilla said it was introduced to him by Bernie Villaceran, a field technician from Global Green Organic Fertilizer Inc., the makers of the Amino Plus Foliar Fertilizer. Villaceran also provided technical support to Varilla, which resulted in the improvement of the crop.

Varilla said that the organic fertilizer he has started to use also improved the quality of his plants. He said the technician explained to him that damage to agricultural crops could be prevented or minimized with the proper application of the organic farm input. When sprayed, Amino Plus effectively adheres to the plant’s surface and provides quick supplementation.

According to Varilla, the leaves of his panigang pepper became bluish-green after using Amino Plus Foliar Fertilizer. He says that this is the quality of plant he has longed for.

Villaceran explained that Amino Plus Foliar Fertilizer can boost the growth and productivity of rice, corn, vegetables, fruit trees, ornamentals, and many other crops, like the panigang pepper of Varilla.

Farm technician Bernie Villaceran (right) while visiting the farm of the Varillas to provide technical support.

Plants sprayed with Amino Plus are more resistant to diseases and other stresses in the field, like extreme drought or flooding. Unlike other fertilizers which are derived from fish and other natural sources, Amino Plus Foliar Fertilizer is not processed at high temperatures, thus preventing the denaturation of proteins while retaining essential amino acids, enzymes, vitamins, and natural oil, Villaceran said. The fertilizer also contains effective microorganisms
which have long-term beneficial effects on the physical, chemical, and biological condition of the soil.

With his decision to try the Amino Plus Foliar Fertilizer on his panigang pepper plantation, Varilla is expecting a more productive harvest this year, compared to previous years. With the proper farm technologies which Varilla was able to acquire, plus the benefits of using Amino Plus Foliar Fertilizer, he is optimistic that he would be able to surpass his previous harvests.

Amino Plus is manufactured in Mandaue City in Cebu by Global Green Organic Fertilizer, Inc. The product is registered with the Fertilizer and Pesticide Authority, and certified by the Organic Certification Center of the Philippines.