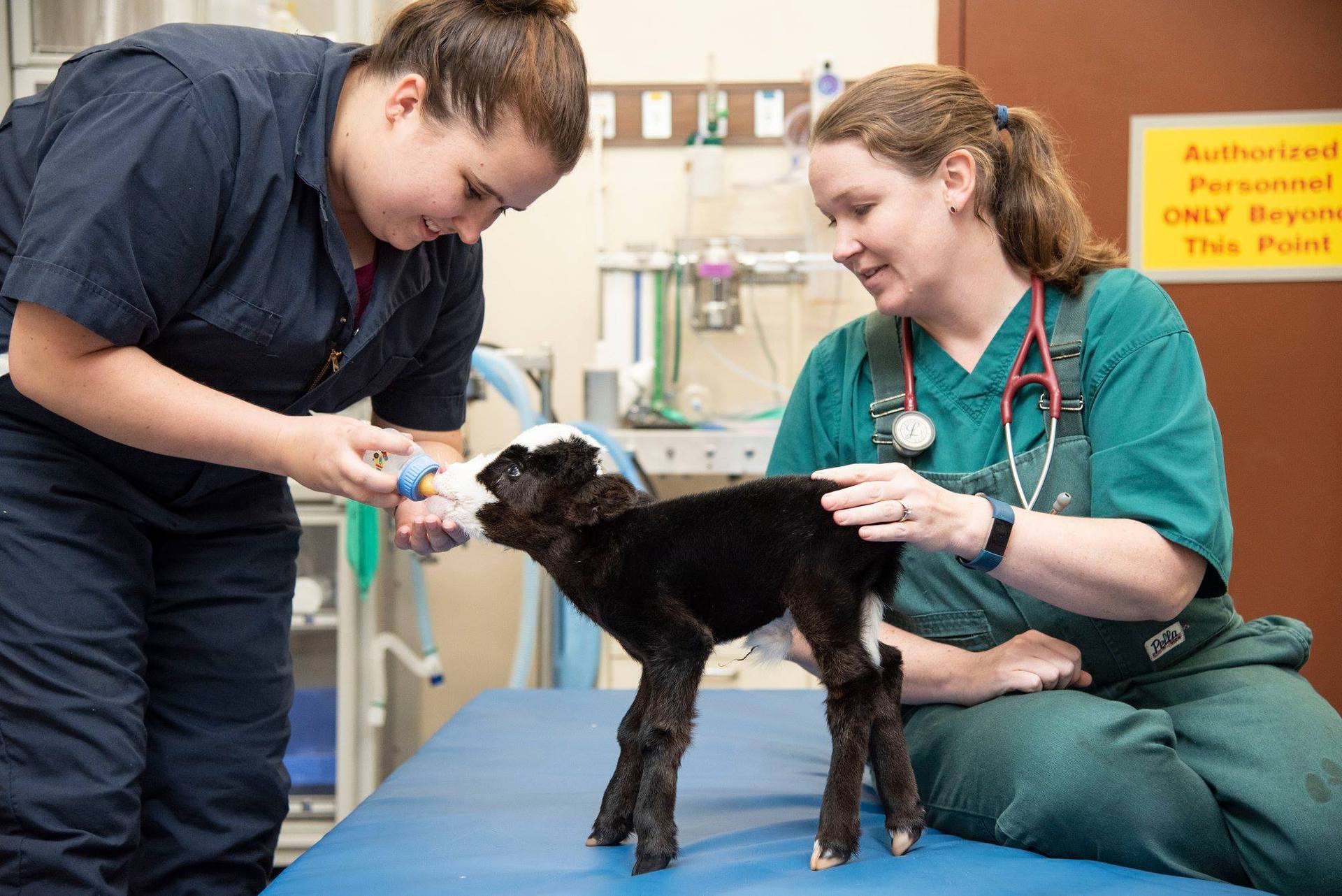 By Patricia Bianca S. Taculao
Photo from The Chronicle

In November of the previous year, the Internet went hysterical about the news of the world’s largest steer, or castrated male cow, in Australia named Knickers.

But now, there’s a new calf that’s stealing the spotlight for the opposite reason–he’s said to be the world’s smallest cow.

Li’l Bill is the name given to the 4.5kg calf born one-tenth the average size of a regular baby cow. He gave his owners a shock which then prompted them to take the calf to the Mississippi State University College of Veterinary Medicine.

The veterinarians admitted that there are some cases that leaves them scratching their heads a bit and Li’l Bill is one of them.

MSU then published a photo of tiny calf on their Facebook page. Over time, the young cow became popular among the netizens and even gained his own Facebook tag: #LilBill.

Li’l Bill is currently tipped for a place in the record books, and MSU promised to post regular updates on his progress. And although he may weigh only one-tenth from the regular calf, he still looks like any other cow out there.

Climate Change Forced Him to Shift to Cacao