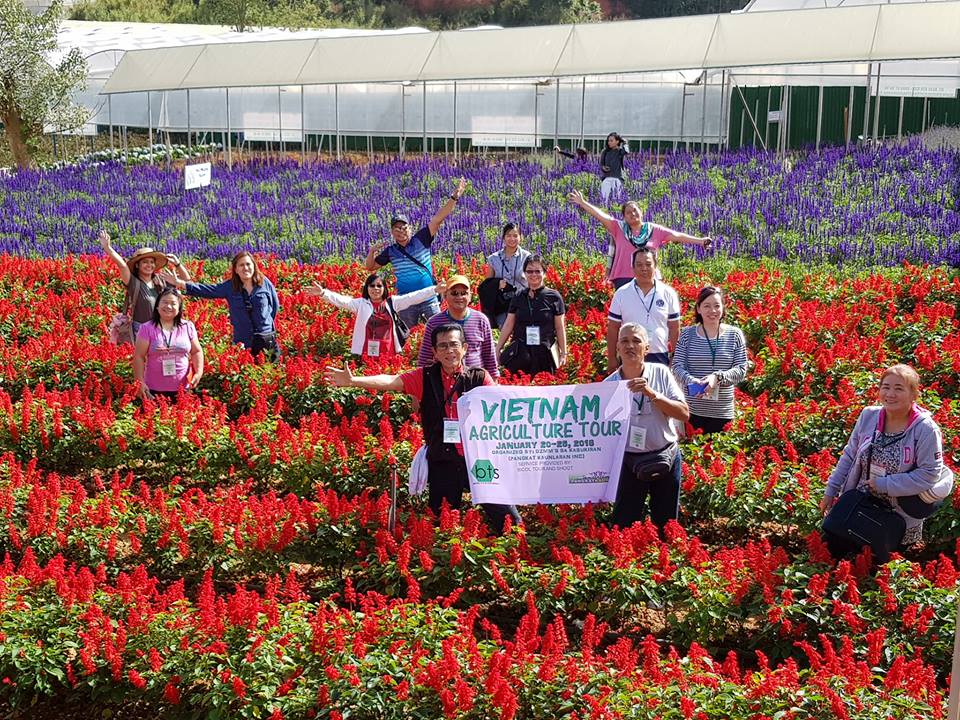 Sometimes, the career a person ends up with can be very far from what what they first set out to do. Such was the case for Reannah Reonal, a De La Salle University law graduate who found her calling in organizing agricultural tours.

Reannah started her own travel agency called Business Travel Solutions, which specializes in holding farm tours inside and outside the Philippines. It was through her mother, an avid fan of agriculture, that this opportunity opened up for Reannah.

The tour was organized by a show’s member, Dr. Candida Adalla, who was looking for a travel agent to help plan the trip.

Reannah said that her mother might have forgotten that she recently opened up a travel agency business just then.

Her first successful sale came about when she told her lawyer friend that she opened her own agency and if she was interested in booking any tickets.

It turns out that her friend’s law firm was planning a trip for 40 people to Taiwan. So even if she had just started her business, Reannah took the risk, bid, and even won against big tour companies. As a result, she got to send 40 people to Taiwan.

So after she reminded her mother of her business venture and few short calls to the radio show, Reannah started researching possible destinations before she could propose an itinerary to the group.

“Mahirap talaga siya. I had to research the farms and ask for their contacts. And during the trip meron kaming Vietnamese agriculturist,” Reannah said.

She also recalled how they had a hard time locating the farms during the first time around. But eventually, it became smoother in the next trips that followed.

Her travel agency had succeeding trips that included Japan, Taiwan, and other Asian countries rich in agriculture.

After her first successful farm tour with Pangkat Kaunlaran, her clientele shifted to elderly agriculture enthusiasts who share in the dream of having their own farm someday.

There are different sights or discoveries that the tour group encountered from their trips to specific Asian countries.

“In Vietnam, they [the tourists] particularly enjoy learning about how things are made or done on the farm,” Reannah said.

Tour members pose beside crates of dragon fruit harvested from a farm in Vietnam.

Even the small houses that the tour group passed by in the countryside of other countries were also a sight to see for them. Each house had a small plot of land where the dwellers would grow not ornamental plants but rather herbs or vegetables for consumption.

Another thing that both Reannah and her clients admire about seeing farmers do their job is the resilience and diligence of these people when it comes to their work.

When it comes to Taiwan, the farm tourists were in awe with the support that the farmer’s get from the government.

As for Korea, she and her clients noticed that they are mostly concerned with industrialization. They have seen new technology that can help make the farmer’s life easier because of its modernity.

Since her initial clientele includes the middle-aged and elderly, Reannah wants to entice the youth to start discovering the wonders of agriculture through travelling.

“I actually want to sponsor a trip na puro mga bata lang. I want to show them around,” Reannah said.

Some of the places they can go where her clients frequent is the Costales Nature Farm in Majayjay, Laguna and an industrialized farm in Camarines Sur.

Reannah also wants to bring the youth to different farms where they can realize that this is how it’s done and that there is money in farming–contrary to the popular belief that farming is a poor man’s work.

Reannah is also planning on holding local trips around the farms in Luzon sometime this year. This would open an opportunity for more local farms to be featured or visited by different types of people who share in the love for all things that grow. In addition, there will be a larger audience who will receive the farming knowledge that these farms possess.

School Gardens Are Important to Children