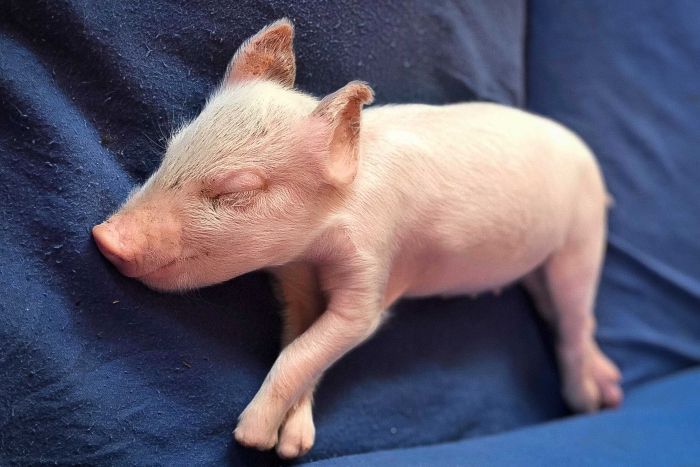 A piglet with an uncommon condition managed to escape a fate at the slaughterhouse.

A piglet named Betty was born with only two hind hooves which caused mobility problems for her because she couldn’t properly navigate her way through with only her hinds stable. This physical irregularity also keeps Betty from navigating her way to her mother in order to wean.

But this complication didn’t excuse the piglet from sharing the same fate with her siblings–going to the slaughterhouse.

Fortunately, it’s the Year of the Pig, the twelfth and final animal in the Chinese zodiac cycle, which is known to represent kindness and good luck. And Betty has seen such luck when a member from the Sugarshine Feminist Animal Rescue Mission (FARM) Sanctuary in New South Wales village of Wyrallah in Australia rescued her from being turned into meat.

Kelly Nelder rescued the two-week old piglet from a farm on the state’s Central Coast. Betty was then taken to the veterinary to see if there’s a solution to her current condition.

According to Australian Veterinary Association president and pig expert Paula Parker, missing hooves on cloven-footed animals like pigs were an uncommon sight.

She added that Betty was lucky to be alive because most cloven-footed animals who have this deformity don’t usually survive.

Betty is now being taken care of by Nelder who is investigating the possibility of 3D printing special pig shoes to help Betty walk.

The Making of Molobicus, the Tilapia Hybrid