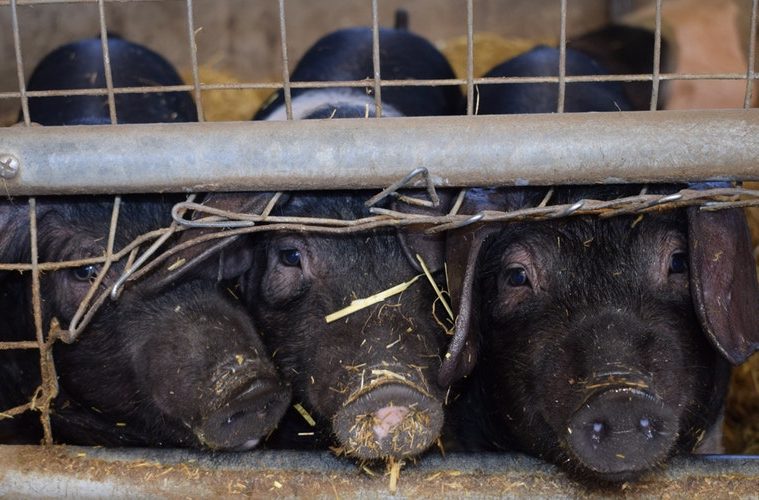 The native pig is up for a makeover.

Also known as Sus domesticus, it is a cross between the wild pig (Sus oristatus) and the wild boar (Sus scrofa). It is a popular backyard and farm animal in the Cordilleras, especially in Benguet, Mountain Province, and Kalinga.

For all its importance in local culture, rituals, and cuisine—especially among the Ibalois and the Kankanaeys—little is known about the native pig, except that it is highly resilient in the face of adversity, surviving on roots and farm waste, and that it has a short and narrow body with a sway back and sagging belly.

Its innate inquisitiveness and scavenging habits makes it ideal for herding and confinement. As a result, not much effort was made to domesticate it and little genetic interference was done for selection and breeding.

The United Nations Food and Agriculture Organization considers the native pig one of the less studied animal genetic resources that are in danger of losing their original characteristics before they are studied and evaluated.

The black Ilocos strain is a cross between the native pig and the Berkshire or Poland China breeds, while the Koronadal strain of Cotabato is an intermediate breed between the lard and bacon types. The size is satisfactory, the head fairly long, and the snout is pointed and long.

The Berkjala strain was developed in 1916 at the University of the Philippines Los Baños following a systematic upgrading activity. It is a cross between the Berkshire and the native pig in Jalajala, Rizal. The Berkshire was selected for crossbreeding among other temperate breeds of swine tested in the Philippines because it was proven to adapt well to local conditions. The strain was developed for meat quality, good nursing ability, and fast breeding. It has a medium sized body and is solid black in color. However, it has since gone extinct.

Of these documented strains, none has been properly regarded as a breed of the Philippine native pig. Now comes the Philippine Council for Agriculture, Aquatic and Natural Resources Research and Development (PCAARRD), which is supporting a five-year breeding program. It began in 2014, and is now on its second phase, from January 2017 to June 2019.

The PCAARRD is shelling out R52.304 million for the breeding program aimed at producing 50 breeder stocks of purified lines and 200 heads of breeder lines. The aim is to enhance the protocols for raising the native pig in a range area suited to local conditions. The program will develop a customized feed formulation and feeding protocol for free range native pigs. An efficient and profitable marketing strategy and advance policy support will also be developed.

One project involves the organized breeding and selection for the breeding of native pig populations in the Cordillera Administrative Region, Cagayan Valley, Southern Luzon, and the Mindoro-Marinduque-Romblon-Palawan region.

Another project involves local resource-based free-range production management protocols and systems for breeder and slaughter native pigs. The third project involves studies on the value chain in the same regions.