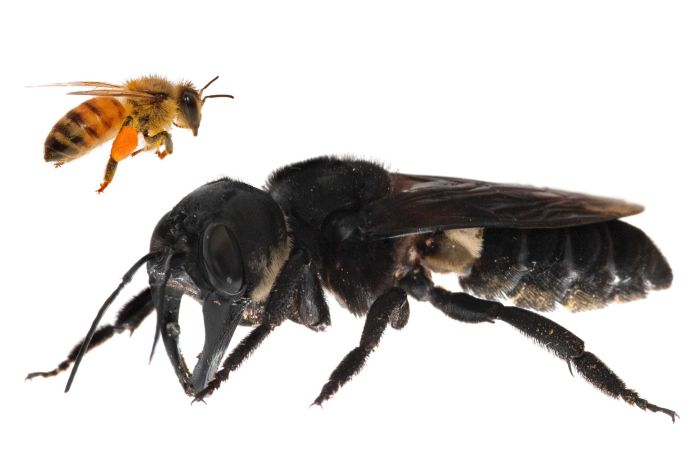 During an expedition to a remote Indonesian island, a group of scientists and insect enthusiasts rediscovered the world’s largest bee after it has not been seen for roughly 38 years.

The giant bee has only been documented twice in the early years: first, when it was discovered by naturalist Alfred Russel Wallace in 1859, and again in 1981.

Named “the flying bulldog,” Wallace’s giant bee (Megachile pluto) has a wingspan of up to six centimeters with pincers located on its head.

It was assumed to be extinct after there were no following sightings of the insect. Until the research group struck luck in a forest in the Moluccas Islands, northeast of Indonesia.

Female flying bulldogs leave a telltale hole of their location because they burrow their way into termite nests to lay their eggs.

The researchers were eager to learn more about the species since the limited sightings have only yielded minimal information about the bees. It is still yet to be known if the flying bulldog is a pollinator for plants in their indigenous area or if they serve another purpose.

Researchers also hoped that the presence of the bee on the island could pave the way for environmental conservation as well as a boost in the ecotourism of the region.

Former Model Looks to the Future with AgriTech Company