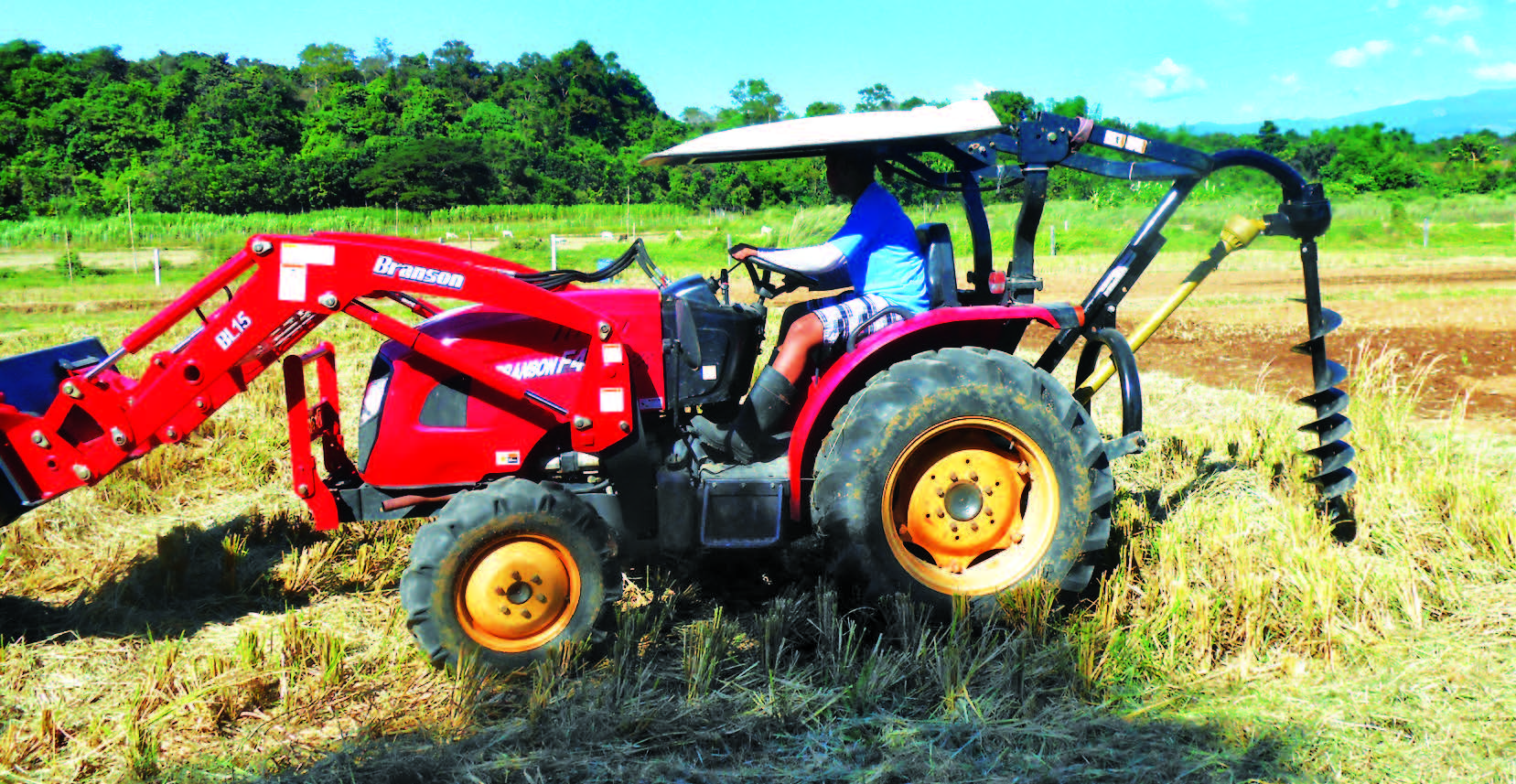 Mark Mercado, who manages a diversified farm (rice, veggies, and livestock) in Iba, Zambales is extremely happy these days. Why? He said that in just eight months, he has already recovered the more than P800,000 that he paid for his brand new 40-hp Branson tractor from the Korea Agricultural Machinery Industry Cooperative (Kamico), represented in the Philippines by Fitcorea.

Mark Mercado and wife Anna Liza beside their Branson tractor.

By the way, Mark took up an IT course and for many years he was a member of a musical band that performed at various entertainment places. However, six years ago he gave up his musical engagements to become the manager of Heavenly Farm, a joint venture of his three uncles and an aunt based in the United States. The farm is in Amungan, Iba, Zambales.

He acquired the machine to facilitate land preparation for rice and sweet corn in the farm he is managing because there are times when labor is not available. Besides, land preparation by carabao power is not as thorough nor as fast as when it is done by machine.

He did not realize that so many of the farmers in the locality were also in need of fast and thorough plowing and harrowing of their fields. And that has become a profitable service that Mark is rendering to his fellow farmers in Iba today. There are times when he and his son have to operate at night just so they can finish the job for their clients.

The Branson tractor, he says, is very comfortable and economical to operate. For one hectare, he spends about P500 for diesel and another P500 for the driver if he is not the one driving it. For rotavating one hectare, he charges P6,000 or P12,000 for two hectares of wet paddy in one day. For fuel and the services of a tractor operator, the expense is P2,000 for the two hectares, so he has a profit of P10,000 per day. It’s double that amount if he rotavates four hectares of dry land in one day. And that is the reason why he was able to recover what he spent on his tractor.

One new attachment to his tractor that Mark is so excited about is the auger for digging holes. It happens that he is enclosing his pasture for his 20 Brahman and Indu Brazil cattle, and in the previous weeks, he employed as many as 20 diggers at a time whom he paid P250 a day. They could only dig about 50 holes for the posts in one day. He felt they were taking it easy because they were paid on a daily basis and not for the number of holes they can dig. He figured out that he would spend a fortune just for the manual digging of holes for the posts for fencing about six hectares.

Another thing that excites Mark is growing Sweet Fortune, a new variety of sweet corn from Ramgo Seeds. He says he planted one hectare to this hybrid last planting season. He was very proud of the very sweet, huge ears that he produced. He boiled some and sold them in Iba at P20 apiece. Some were sold as uncooked ears at P40 per kilo. Three ears usually weighed a kilo.

He soon realized that one hectare of sweet corn was too much for the Iba market. Much of the production could not be absorbed by the market. But that was a lesson well learned. In his next planting, he said he will just plant 500 square meters on a staggered basis. He will plant every one or two weeks so he will be able to sell his harvest much more easily.

Aside from crops, Mark is also growing native pigs, native chickens (Paraoakan), and catfish. He has learned to hatch catfish fingerlings.

This appeared as “In 8 Months He Got Back the Cost of His Brand New Tractor” in Agriculture Monthly’s March 2018 issue.

How to Get a Cow to Accept Her Calf