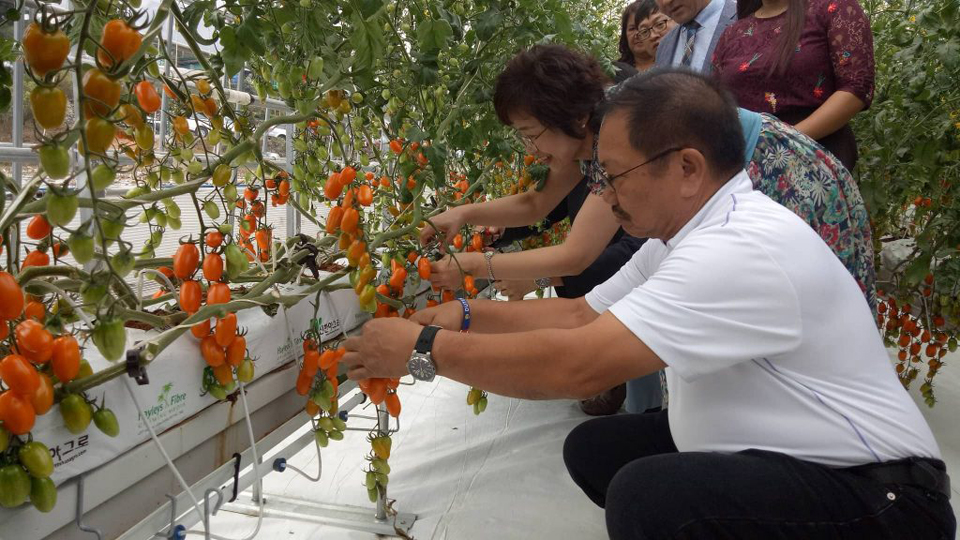 Secretary Manny F. Piñol of the Department of Agriculture led the opening ceremony and ceremonial harvesting of tomatoes last March 8 at the DA-RFO-CAR BPI Compound in Baguio City.

The project has an estimated value of about P122.29 million and was established with the assistance of Korea International Cooperation Agency (KOICA) and Korea Agency of Education, Promotion and Information Service (EPIS).

The SSGP has a total of nine greenhouses wherein eight serve for the farmers’ education and training while one facility is allotted for research and development.

Both the DA and KOICA will sustain the project by providing capacity development on greenhouse operation, establishing a distribution channel related to co-branding and local shipping of value-added agro-product.

Another KOICA Smart Greenhouse Project is scheduled to be established in Tanay, Rizal by this year.

Piñol hopes to replicate the same horticultural facility in other regions. He has already committed P120 million though the Production Loan Easy Access (PLEA) credit for the installation of the SGPP in Pakibato District in Davao.

Cattle As A Moneymaker in Piggery