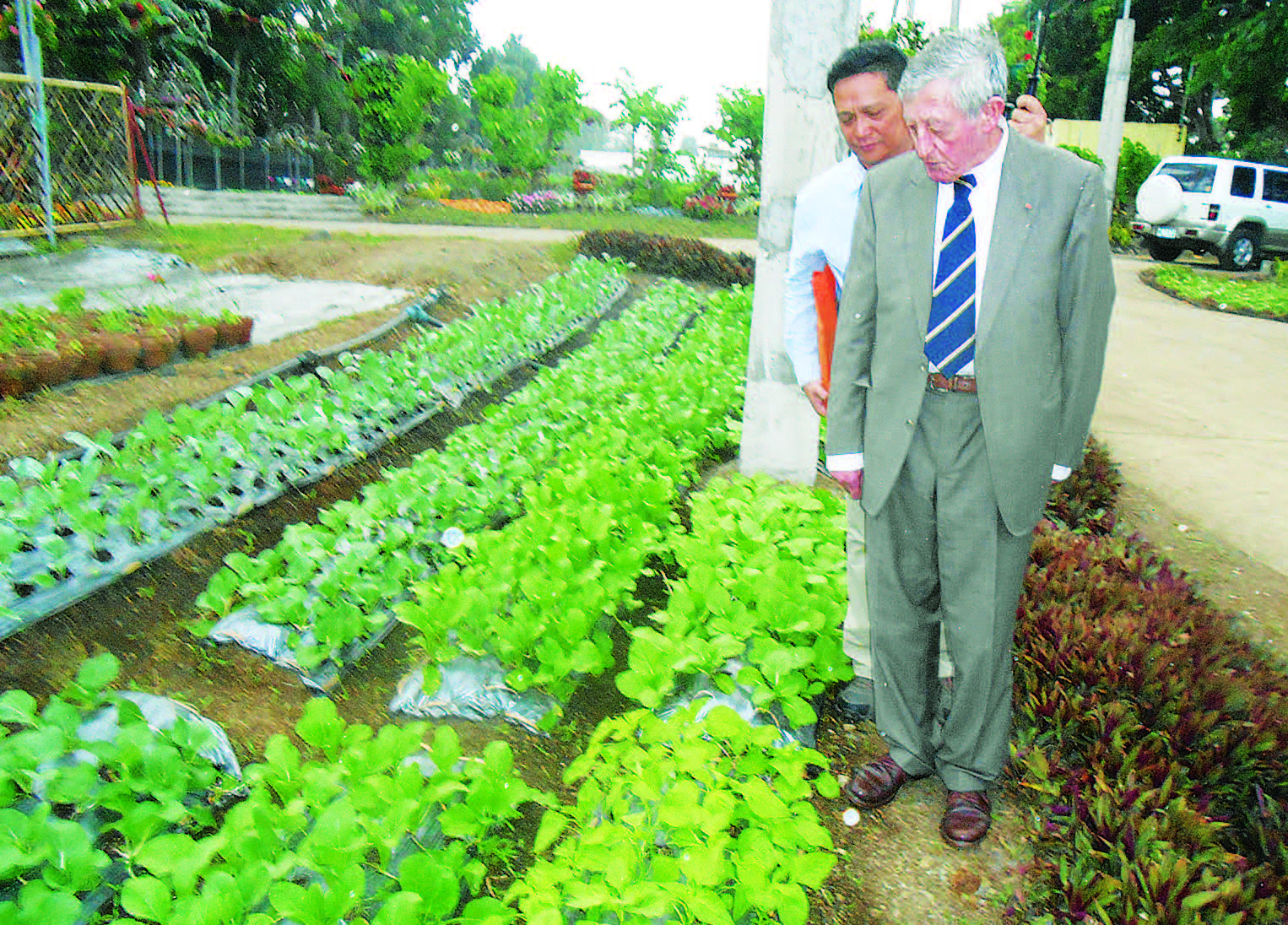 While going around the vegetable plots at the Hortanova Farm in Lipa City during our recent visit, the founder of East-West Seed called our attention and pointed to a vegetable that was growing among the plots of pechay, amaranth, and other leafy greens. He asked us if we knew its name.

Well, we said, it looks like a mustard although we were sure it was not. We were not really sure what it was called so he told me he was not surprised that I did not know its name because it is not being consumed in the Philippines the way it is in Thailand, Indonesia, and Hong Kong. He mentioned the botanic name as Brassica campestris, one of the many cousins of cabbage, pechay, and the like. Its common name among the Chinese is Chaisim. In Thailand, they call it Kwantong, while in Indonesia, the name is Sawi.

The founder, of course, is the venerated Simon N. Groot, the Dutchman who started East-West Seed in 1982 rather modestly, but which has grown to become one of the Top 10 vegetable seed companies in the world today. He knows that it is not popular in the Philippines because practically no one is buying Chaisim seeds from East-West.

Mr. Groot mentioned a number of reasons why we should eat Chaisim. For one, it is very tasty and nutritious. It tastes better than pechay or mustard, according to him. He asked us to taste the fresh leaves and we did. We really liked the very agreeable taste and mild flavor.

We told him that perhaps the reason why Filipinos are not eating Chaisim is that we don’t know how to cook or prepare it for our meals. Well, he said, it is very simple to cook Chaisim by stir-frying. But he hastened to add that in doing so, the oil before putting in the chopped leaves should be really hot and then the leaves should be quickly taken out of the frying pan. He added that Indonesians love to cook noodle soup with Chaisim. On the other hand, in Hong Kong, they use the flowers as a vegetable.

Mr. Groot said that Chaisim is also very easy to grow. It is planted like pechay. It can be grown in plots mulched with plastic sheets, or it can be planted in plastic cups or some other containers and grown in a vertical garden like what is now being popularized in Metro Manila and other urban areas.

Chaisim grows very fast. In five weeks or 35 days, one plant can weigh 200 grams. So stir-frying four plants will already suffice as one of the viands for a family of five during a regular meal.

To popularize growing and eating Chaisim, maybe a planting contest among groups of school children could be organized by schools in their gardens. Then when it is harvest time, the harvested Chaisim can be cooked and served to the students and teachers.

Cooking demos and tastings could also be done in events like Agri-Kapihan and weekend markets. Chefs could also be invited to concoct dishes that use Chaisim as one of the ingredients. There could be many creative ways to promote the consumption of Chaisim. If we may suggest, the Sipag Farm School of Sen. Cynthia Villar should spearhead the growing of Chaisim in every batch of the training classes that they hold.

Oh, by the way, how come we were at the Hortanova Farm that day? Well, we were invited to witness the turnover of the management of East-West Seed from the founder to the next generation. Now, it is the turn of Simon’s lawyer son, Ard, to bring to even greater heights the company that his father founded. This could be achieved by continually bringing to the marketplace better seeds through research so that farmers will continue reaping the benefits of improved planting materials.

The turnover ceremony was witnessed by special friends and executives of the company’s offices in Thailand, Indonesia, Myanmar, Africa, South America, India, and elsewhere. The Netherlands ambassador to the Philippines was also there to personally deliver her message. Those who were not able to attend sent their congratulatory messages in the form of videos.

The occasion must have been a most fulfilling moment in the life of Simon N. Groot. He was so composed, calm, and confident that his legacy of providing improved vegetable seeds to farmers around the tropical world—especially to smallholder farmers—has been realized and will continue to flourish without any end in sight.

Monoculture seen as a threat to banana varieties