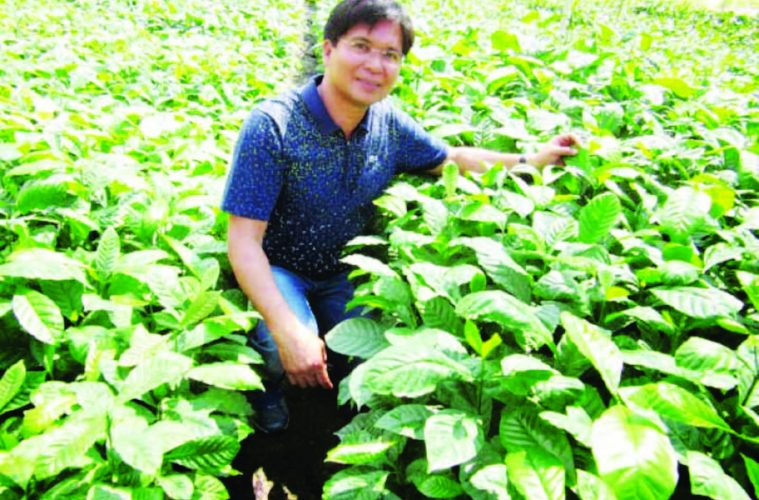 The country’s rural poverty incidence is high at 30 percent, about twice the average of Indonesia and Thailand. Poverty incidence was 34.3 percent among farmers and 34 percent among fishermen in 2015, based on official statistics. These are down from 38.5 percent and 41.2 percent in 2006, respectively, a slow reduction of only 0.7 percentage points a year.

The Philippine countryside sorely needs agents for change. Here are three cases that are making a significant impact on poverty reduction. The cases cover before-and-after intervention and impact on the triple bottom line (TBL).
What are TBL impacts?
• People: elimination of poverty through full time employment.
• Planet: better use of resources through value adding.
• Profit: Higher wages and entrepreneurial incomes.

Ben Lao, a former town councilor, transformed an impoverished coconut community into a progressive one. On a farm with senile coconut trees in a poverty-stricken area, Lao ventured into coco sugar. He is now one of the Philippines’ largest exporters of coconut sap-based products to the Europe and the US.

How did he swing it?

In 1999, Lao inherited a 5-hectare farm in Eman, Bansalan, Davao del Sur. It was practically a barren land with unproductive coconut trees. Also, it was an insurgency area. People in the barangay earned incomes way below the poverty threshold.

Starting with three workers, he planted more coconut and fruit trees, and raised goats. Today, Lao Integrated Farms has 110 regular employees in an expanded farm of 14 hectares (ha). This is about eight workers/ha, or eight times the national average of one worker/ha.

Now, instead of copra, some 132 coconut collectors from the surrounding farms deliver sap twice daily to to be processed into coco sugar. From poverty income levels, sap collectors now earn P20,000 to P50,000 a month, which is way more than the poverty threshold income of about P10,000 per month per family. They have built concrete houses and been able to send their children to school.

Because of Lao’s outstanding achievements, he has received at least seven national and regional awards. (For more information, see http://www.laointegratedfarms.com/)

In the hills of Abra, native Tina Morado and Frenchman Gerard Papillon transformed 3 ha of barren land in Garreta, Pidigan, Abra into a modern agribusiness. Large-scale plantings of hardwood trees turned the area into an eco-farm tourism site.

The farm’s operation is fully integrated, from raising/growing of chicken and dressing to packaging; the products come as ready for distribution, ready-to-cook, and ready-to-eat. Pamora sells to 5-star hotels and high-end restaurants in Manila.

Today, six ranges are operating. Each range has between 1,000 and 2,000 chickens. Depending on the topography, each range occupies some 1,500 to 2,500 square meters; the birds freely graze and find organic food to eat.

Pamora employs 10 regular workers and 18 part-time workers on its 3 ha property. This translates into 9 workers/ha, some 9 times the local agriculture norm.

What were the interventions? First was the selection of a French chicken breed. Second was farm and pasture management. Third was the establishment of a modern dressing plant. Finally, marketing and logistics to Manila were established.

Pamora has received several awards for this commanding achievement. Morado was also awarded by the French government the honor of knight with merits in agriculture, or the Chevalier de l’ordre du Merite Agricole. (See http://pamorafarm.com/ for more information.)

Former mayor Eddie Guillen, a practicing civil engineer, sought the help of various agencies for several convergence projects in Piddig, Ilocos Norte. One of the projects involved organizing rice farmers who were members of the zanjera (Spanish era irrigators association). The current mayor, Georgina Salazar, provides continuity and is scaling up the project.

In 2015, some 196 farmers tilling a total 168 ha joined the program, which is a partnership between the local government unit (LGU) and the Piddig Basi Multi-Purpose Cooperative.

Before the project, the average yield was only 3.8 tons/ha with a cropping intensity of 150 percent. The net farm income per year was R50,800/ha.

What were the interventions? First was mechanization of land preparation and harvest, which led to lower costs and lower harvest losses. Second, use of similar seeds, which led to higher mill recovery from palay to rice. Third, full input use and right timing. Fourth, women produced organic fertilizers through vermicasting. Lastly, professional management support was extended to the co-op. (See https://lga.gov.ph/media/uploads/2/Knowledge%20Exchange20/2017%20Festival%20of%20Best%20Practices/Piddig%20-%20Challenges%20and%20Success%20Stories%20.pdf for more information, or search Google with these terms: “lga.gov.ph” and “Piddig”)