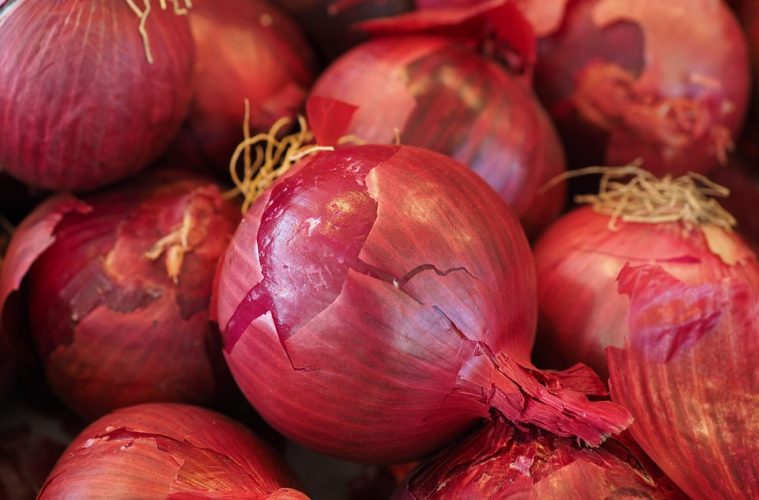 Harvesting His Best Ever Onion Crop

When we visited Reynaldo “Amang” Ramos in his onion farm on February 5, 2011 in Bongabon, Nueva Ecija, he was the happiest onion farmer we had met in our long years of covering agriculture.

Most of the time, we met farmers who were losing money in their onion farming due to low prices, pest and disease damage, too much rain, and so on. But not Amang, who had sold his best ever harvest from 8,000 square meters for a total of P1,290,000.

Well, he sold his onion harvest for P95 to P120 per kilo of freshly harvested bulbs. In his many years of planting onion, Amang, who was 43 at the time we interviewed him, said the usual price he got for his harvest was P10 to P25 per kilo.

Amang mentioned two main reasons why onion prices skyrocketed in early 2011. One was that the supply of onion from China, whether legally imported or smuggled, was curtailed. No import permits were issued by the Bureau of Plant Industry.

The other reason was that there was very little local harvest in January and February. Many other farmers in Nueva Ecija planted their onion crops at the same time that Amang did, but their plants were severely damaged by the rains. Amang was lucky because he was one of the few who planted the new Super Pinoy variety developed by East-West Seed.

Super Pinoy was an improvement on Red Pinoy, which was a long-time favorite of onion growers. Super Pinoy had bigger bulbs than Red Pinoy, so it had higher yields. An important trait of Super Pinoy is that it could tolerate wet weather better than other varieties, so it can be planted in both the off-season and during the regular season. As a result, it could fetch a high price on the market in the off-season since there was very little competition, especially since there were no cheap imports in the market.

Amang, who finished high school, has always been a farmer. Starting to farm on his own in 1996, he first planted onion on a 7,000 square meter lot that his father gave him and a half-hectare of land that he rented. At that time, the price per kilo was P23. Easily, he made a net income of P110,000 from that initial planting, which enabled him to buy a service jeep.

His most memorable crop, however, was the one that he harvested in January and February 2011; he spent only about P90,000 for seeds, fertilizer, insecticide, irrigation, weeding, labor, and rent for the land. For that memorable crop, he netted P1.2 million in a growing period of about 120 days.

Amang and his wife Esmeralda have two kids, a girl and a boy nicknamed Day and Doy.