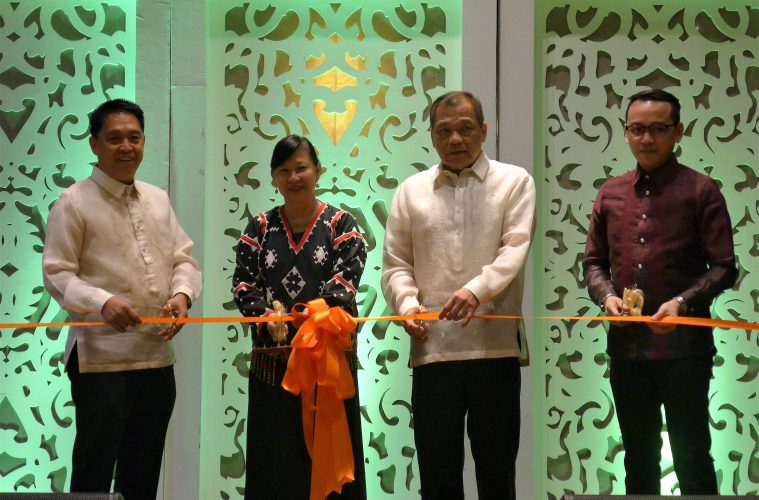 The Philippine Culinary Heritage Movement (PCHM), together with the Manila Hotel, in cooperation with the Department of Agriculture (DoA) and National Commission for Culture and the Arts (NCCA) launched the first ever celebration of the National Filipino Food Month side by side the opening of the Ang Sarap! Philippine Food Festival.

By the vigor of PCHM headed by Chef Jam Melchor, Presidential Proclamation No. 469 was signed last year by Pres. Rodrigo Duterte, which mandates to annually celebrate April as “Filipino Food Month” or “Buwan ng Kalutong Pilipino.”

Chef Jam emphasized that like Linggo ng Wika, we have to celebrate the Food Month because culinary is also a form of art. He also believes that food and eating is deeply embedded in our culture, “Our food is our soul, our identity. It’s part of our being (as Filipinos). It makes us complete.”

The Food Month proponent also accounts that the DoA is important in this movement because they are the lead agency that knows our food systems as well as being a co-advocate of having food security management and sustainable living.

DoA took this opportunity to spread the sector’s initiatives particularly to our youth, that the agricultural industry has its markets and is thriving globally. This is also to promote continuity among our farmers and their indigenous products.

The NCCA is also going on the ground by mapping different food systems across the country. The Manila Hotel also pledged to help in food preservation as per the words of the hotel’s president, Atty. Jose D. Lina Jr., “We are in this together.”

Chef Jam didn’t forget to extend his gratitude to the farmers and the fisherfolks that bring food to our tables everyday. He also encourages everyone to join the festivities organized this April all throughout the country. As simple as a social media post would also help boost this culinary appreciation and preservation that the group promotes.

To further know about the scheduled activities for Filipino Food Month visit the NCCA website at ncca.gov.ph.