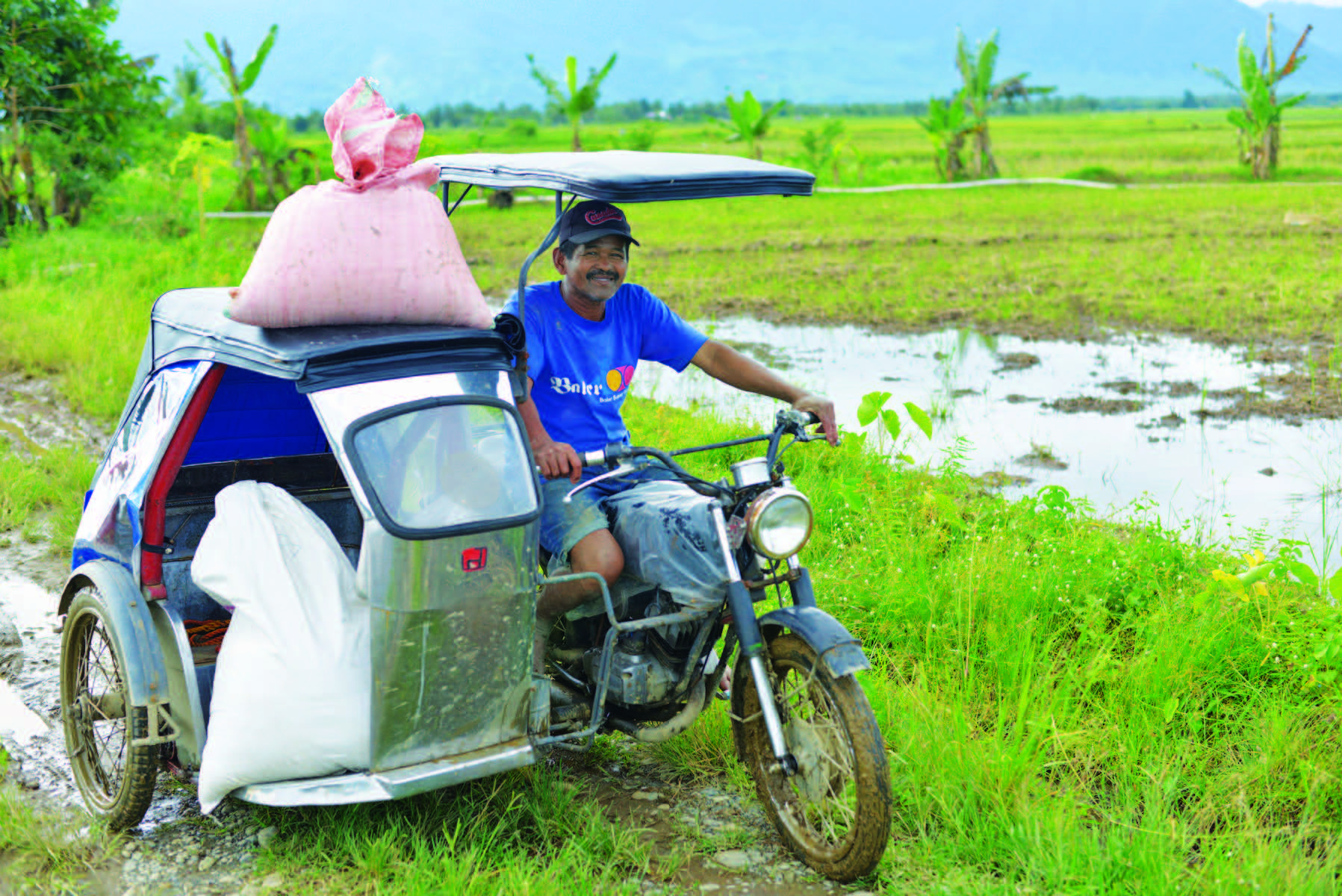 Even in rice farming, the barter system or exchange of goods or services is practiced just as it was centuries ago.

For more than two decades, Mang Lito Lombres, 55, of Baler, Aurora, exchanged seeds with his fellow farmers for producing rice. He says he considers fellow farmers’ recommendations for good standing and high-yielding crops as a basis for choosing which seeds to barter.

Lombres believes that no matter how high the quality of the seeds, neglect will make good yield impossible.

It was only in 2000 that he started planting seeds accredited by Bureau of Plant Industry (BPI). He recalled that he was hesitant at first since he was only given 40 kilograms (kg) of seeds for a hectare (ha). “I used to plant 150 kg of seeds per hectare but chose to give it a try. After all, the seeds were given free,” said Lombres.

Use of Accredited Seeds

One of Lombres’ favorite rice varieties is NSIC Rc 222. According to him, he never imagined that he could harvest more than 5 tons/ha (t/ha). He used to harvest 3 t/ha during his barter days. Studies show that not only can good-quality seeds increase yield by 5-10%, the crops they produce also grow fast and uniformly.

For Lombres, his knowledge in rice farming is a work in progress. “The training [sessions] that I’ve attended helped me reach where I am now. If not [for] the rice technologies that I’ve learned, I’ll still be just one of [those hoping for a] higher yield. I am proud to say that I can pay my debts, with extra money [left over] for food and other needs,” he said. He attended several training sessions on rice production and became a farmer-led extensionist.

According to Lombres, seeds play an important role in achieving higher yields but their use should be guided by good agricultural practices. He learned the importance of proper levelling of the land, and shared that levelled land reduces the incidence of weed infestation, saves on water used for irrigation, helps distribute nutrients well, and makes it easier to get rid of the golden apple snail pest, locally known as “kuhol.” He also applies fermented plant juice as it enhances the growth of rice.

Lombres ensures that there is a 25-centimeter planting distance between his rice plants. This makes seedlings healthy, and allows them to better compete against weeds. Tractors and combine harvesters are also part of his farming routine as these save him time and money.

What saddens Lombres is the P10.50 price of palay per kilo.

Meanwhile, Loreto Binuya, 73—of Maria Aurora, Aurora and retired from the US Navy—only plants seeds from accredited seed producers. According to him, he is more confident with accredited seeds at it passed different tests from BPI. Binuya harvested 7.2 t/ha using Rc152 seeds.

Binuya was also exposed to Minus-One Element Technique (MOET) technologies, which use rice straw as a source of nutrients, and drum seeders and combine harvesters. MOET is used to assess the nutrient status of soil based on visible plant nutrient deficiency symptoms. He learned that bringing back rice straw on the farm after harvesting improves soil conditions.

Studies show that the use of 5 tons of rice straw is equivalent to using 1.5 – 2 bags of urea, 1 bag of potash or 0-0-60, and other significant nutrients. Moreover, farmers can save up to 10-30 percent on their original expenses for inorganic fertilizers.

PhilRice experts say that it is possible for farmers to produce good seeds provided that the land area is healthy and free of weeds and diseases. It is advised that the land to be used for planting undergo soil analysis to determine soil nutrient deficiencies. The field should be plowed, puddled, and levelled to control weeds and ensure water management. Also, proper nutrient and harvest management should observed; roguing is practiced especially at maximum tillering and flowering stage.

Lombres and his fellow farmers would have continued the practice of barter through CSB if only the weather permitted this. But their farm was hit by a typhoon which led to poor quality of seeds. Hence, the CSB did not materialize in their place.

No matter how high the quality of seeds, whether from accredited seed growers or farmers trained under CSB, if these are not cultivated properly, a good potential yield is impossible to reach.

Lombres advises that farmers visit their farms everyday, as much as possible, to know more about their condition and create solutions at the right time.

After all, CSB farmers and accredited seed growers have only one goal—to produce quality seeds in hopes of granting farmers’ wishes for higher yields in return for their hard work.

Is your water source ‘good’ enough for agriculture?