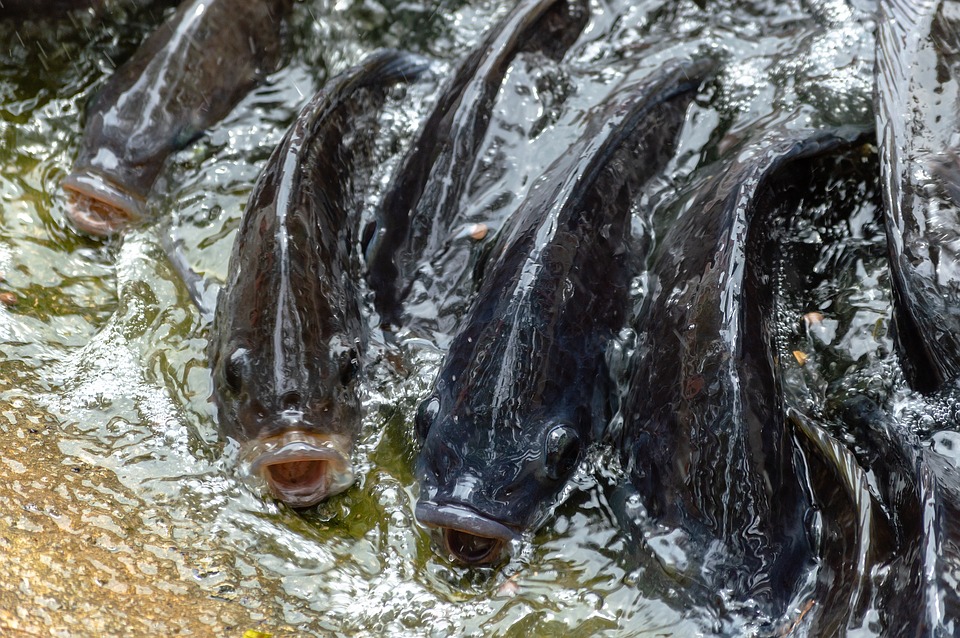 Currimao, Ilocos Norte–Tilapia produces more spawn in cool than in warm water. Thus, it is necessary to provide their environment and breeding ponds with shades to increase fingerling production.

This was the recommendation of Dr. Veronica Grande and Prof. Marjorie Ramos, researchers of the Mariano Marcos State University (MMSU) College of Aquatic Sciences and Applied Technology (CASAT) in this town to tilapia farmers who may want to produce more fingerlings for commercial purposes.

Known as aquashade technology, this simple method was developed by Grande and Ramos to help increase the supply of fingerlings and meet the increasing demands of the tilapia industry.

The researchers said that the shading technology is effective in the summer season when the temperature of the pond is above 32 degrees Celsius. If raisers can lower the water temperature to at least 28 to 30 degrees Celsius, they could produce more spawns, up to 77.3 percent more than those being raised in nonshaded breeding ponds.

Meanwhile, hatchery-bred tilapia fingerlings are the main source of good quality stocks for public and private fish raisers who have large-scale aquaculture businesses in the country. However, one of their problems is the high temperature of water ponds during summer that leads to low spawn production.

Research done by MMSU CASAT experts show that tilapia cannot produce the desired volume of spawns if their environment exceeds 28 to 30 degrees Celsius. In some instances, waters in inland ponds cannot attain this stable temperature because of the inclement weather conditions brought about by the adverse effects of climate change. This usually happens at the start of the dry season, which is from November to May, a mating season for most freshwater fishes such as tilapia.

“This problem is now being addressed…by using a collapsible shade for the ponds,” the researchers said, adding that this system effectively regulates water temperature, which is conducive for the continuous spawn production of tilapia throughout the year.

To test the effectiveness of their simple research, the researchers applied it to a 20 x 23 meter pond owned by a tilapia raiser at the Provincial Satellite Fish Farm in Barangay Saludarez, Dingras, Ilocos Norte for a period of seven months, from March to September.

The farm is one of the sources of quality tilapia fingerlings in the province with an annual fingerling production of about 450,000. The researchers used two ponds to test the technology: one was shaded, while the other was not. The pond that was subjected to shading was provided with two units of silver straw net with 40 percent shading capacity as cover. To build the shade, they used bamboo poles that served as braces, and ropes to tie the net.

After installing the shade, they released two strained types of tilapia into the two ponds: the genetically enhanced tilapia excellent, otherwise known as GET EXCEL, and the FAC-selected tilapia known as FaST.

The GET EXCEL strain was developed by the Bureau of Fisheries and Aquatic Resources (BFAR), which was tested to be 38 percent better in terms of growth and yield than the traditional and unimproved tilapia stocks. This strain is being used by BFAR as brood stock to produce quality fingerlings.

On the other hand, the FaST strain is a combination of four local strains of tilapia which was produced by MMSU-CASAT and is now being used by the college to cater to the fingerling requirements of tilapia raisers in Ilocos Norte.

In their experiment, the researchers carefully sorted the brood stocks in conditioning cages installed in ponds for 5 to 7 days before releasing them into the breeding ponds. During this period, male and female breeders were kept in separate cages and the brood stocks were fed with 32 percent crude protein. The researchers maintained the stocking rate of fingerlings at 700 to 800 grams with a sex ratio of three females for one male per square meter.

The fish were given 2 percent feeds in 21 days. This period comprised one production cycle. Results showed that in April, June, and July when the water temperature is high, spawn produced by tilapia in the shaded pond was 77.3 percent more than those raised in a non-shaded pond. For example, the GET EXCEL tilapia in the shaded pond produced 7,060 fry in August, when the temperature of the pond reached 30.39OC, while those in the non-shaded pond produced only 4,827 fry.

A higher number of spawns produced was also observed in April in shaded ponds, with 2,505 fry, and in June with 2,551 fry, when the temperature was maintained at 31OC.

For the FaST strain tilapia in non-shaded pond, they produced only 686 fry in July when the temperature became constant at 33.46 degrees Celsius, while those in the shaded pond with a maintained temperature of 32.05OC produced 1,749 fry.

The researchers said that this technology is equally effective with carp, catfish, and giant gourami culture ponds.

Home of ‘Doomsday vault’ getting warmer