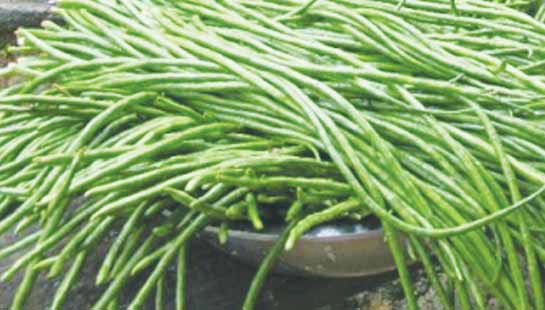 When we interviewed Patricio Perez in 1992, he was very proud to tell us that he had established a record of maintaining the productive life of his sitao crop for six months. As a result, after deducting all expenses, he realized a net profit of P857.12 per square meter. Other farmers in Bulacan normally harvested from their sitao crop for just about two and a half months. Hence, they did not make as much money.

Perez is an agriculture graduate from the Central Luzon State University who first worked for the Department of Agriculture and later, at a poultry farm before deciding to become a farmer in Balaong, San Miguel, Bulacan in 1982.

In early October 1984, Perez planted 7,000 hills of sitao on 7,000 square meters that he borrowed from his father-in-law. By late November, he started to harvest some fruits and kept on harvesting every other day up to the end of May 1985. He was very sure that nobody else in Bulacan had ever achieved his feat.

How did Pat achieve that? He remembered that during peak periods, he was harvesting as many as 35,000 string beans every two days. And he was selling them at 12 centavos apiece. That was equivalent to P4,200 in one harvest.

Pat revealed, however that maintaining the extended productive life of his sitao required a lot of labor. From six in the morning to six in the late afternoon, he and his 15 helpers had to work under the sun or rain. There were so many things to do like fertilizing, irrigating, spraying, weeding, and training the vines on the stakes.

After harvesting, they had to tie the beans into bundles of 100 each and then, ten of the 100-piece bundles had to be tied into big bundles.

Proper fertilization and irrigation are Pat’s main secrets for the long productive life of his sitao. Twice a week, he would irrigate his plants by passing water in the canal between upraised rows. Twice a week also, right after irrigation, a combination of complete fertilizer (14-14-14) and urea would be broadcast on the wet soil. But aside from the chemical fertilizers, he also applied chicken manure before planting the seeds. For every 70 hills, a sack of chicken manure was incorporated in the soil.

Now you know how you can also extend the productive life of your sitao plants.