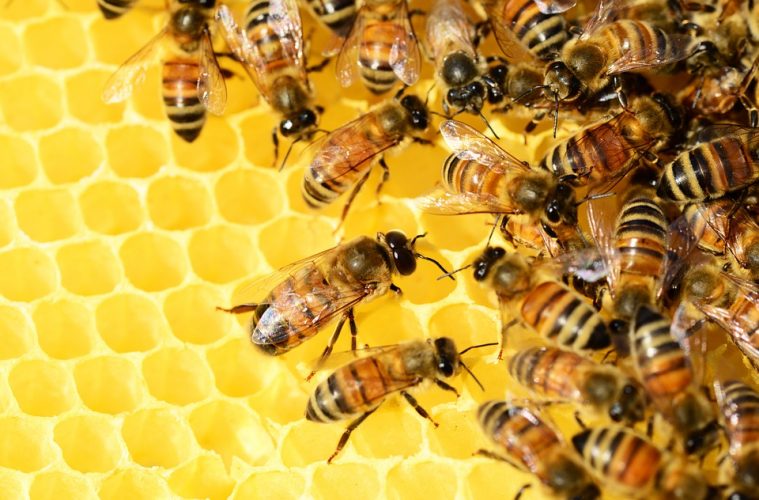 Researchers from the Georgia Institute of Technology are looking for ways to create a new type of adhesive and they are looking into the ability of bee ‘glue’ as a bioinspired model.

Carson Meredith and her team was amazed by the ability of the bee to hold pollen amidst different types of environment such as wet, humid, windy, and dry surroundings at the same time, something that man-made synthetic adhesives cannot do.

The two responsible compounds for this are bee spit and flower oil. Bee spit comes from the bees’ saliva. These are sugary secretions that coat the pollen grains, which allow them to stick together. What makes the bees’ sugary secretion is the nectar they get from flowers – also the main ingredient in honey. The second one is flower oil, which is plant-based. This oil helps in stabilizing the adhesive feature of the nectar from humidity.

The team tested the adhesive capacities of the nectar itself, which led to them understanding that being exposed to very humid conditions will make the nectar lose its sticking ability. On the other hand, it dries out easily in less humid environments. Experiments were also done with a combo of the two, which remained sticky even with changes in humidity.

Meredith’s team, together with Victor Breedveld, an associate professor in the School of Chemical and Biomolecular Engineering at the same university, thinks that the secret lies in the force and movement being put into it. The group wants to further study the dynamics of the bee glue to develop a product based on it in the near future.