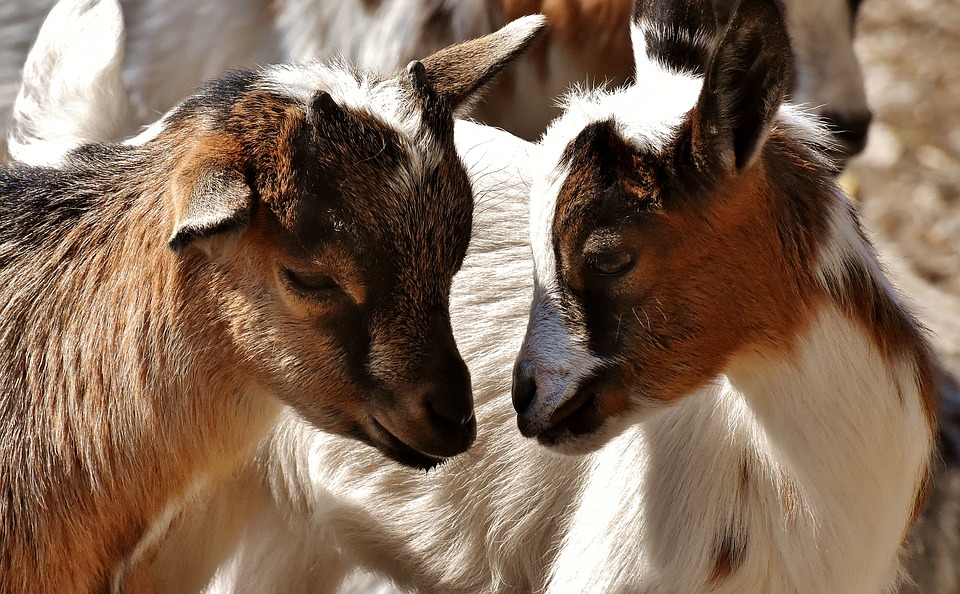 The halal food industry development program was one of the Banner Programs of the Department of Agriculture recently launched at the Shariff Kabunsuan Complex, Office of the Regional Governor’s Compound, Cotabato City. Others are rice and corn, fisheries, and livestock.

The launch was graced by different heads of government line agencies and selected regional and provincial local executives. The Halal Food Industry Development Program Management Office is under the stewardship of the Agriculture Department Undersecretary for Special Concerns Atty. Ranibai D. Dilangalen.

The World Halal Meat and Livestock Market: Based on Thomson Reuters’ Islamic Economy Report, the leading exporter of halal certified meat is Brazil, which accounted for almost 60 percent of total halal meat imports of the Middle East and Northern African Countries, including the GCC.

Goats being raised for halal meat.

Why Halal Food? For the Muslim consumers, halal food is of absolute religious obligation to consume based on Islamic principles or Sharia Law. Any parcel quantity of food contaminated by haram or prohibited things by Islamic law or meat of halal animals (ruminants and poultry) not slaughtered according to Islamic rites, forty days of prayers, or worship of the said Muslim will not be accepted by Almighty God (Allah). For Muslims, there is no worship without prayer and therefore, there is no Islam if there is no halal. Halal certified foods can be produced, processed, and consumed by any religious denomination, so it has a competitive advantage for non-Muslims in terms of halal business.

Fencing: The fencing of a farm is highly recommended for halal-compliant goat, considering the risk of cross contamination with non-halal animals like swine and other stray animals that can enter the farm. The use of live posts such as madre de cacao or ipil ipil is of great advantage because it can also serve as source of feeds. A nine-hole hog wire is the best of choice
for the purpose. Fencing is also important as part of biosecurity measures. A dog is allowed in Islam for two purposes: guarding the farm (i.e livestock) and for hunting.

Breed selection for halal goat: Similar to conventional goat husbandry, selection of stocks to raise is crucial for a successful halal goat production, even though there is no restriction of breeds of goat intended for halal production and processing. Preferably, the initial stocks should come from reliable sources of good progeny and not mingled previously with the non-halal animals such as swine.

There is a specific goat breed used for halal meat.

Breeding of halal goat: There are two types of animal breeding—natural and artificial—for the halal compliant goat farm. Natural breeding is highly recommended, but artificial breeding, like insemination or embryo transplant, can be practiced but not in the entire life of the doe (female goat); said doe can also experience natural breeding.

Because of the religious undertone of the word halal, we subscribed to the commandment of God or Allah (Subhana o Wa Taala) in the Glorious Qur’an (Religious Book of Islam) and considered animal welfare in Islam, an act or law enacted far ahead with the Animal Welfare Act of Man, written almost 1,500 years ago, and Allah (Subhana o Wa Taala) says: “There is not a living creature on earth nor a bird flying with its two wings but they are community like you….” (Chapter 6: verse 38). Hence, cloning is strictly prohibited on halal-compliant goat farms.

Feeds and Feeding of Halal Goat: There are two types of feeding: the use of roughage and concentrate. Roughage are grasses, legumes, and plantation refuse such as pineapple tops and peels, sugar cane tops, etc. Roughage can be fed to goats. Concentrate is formulated by mixing different grains, vitamins, minerals, and animal protein.

Feeding of halal goats is identical to conventional goat raising with a few exceptions as follows:

• The use of animal protein derived from non-halal animal sources in concentrate formulated feeds such as bone meal, meat meal, and blood meal is prohibited.
• Even if the animal protein is from a halal animal like cattle, if it is not slaughtered according to Islamic rites, the said animal is considered prohibited (haram) in Islam.
• Halal certified meat and bone meal from Australia is available, though.
• Blood meal from any origin is prohibited in Islam.
• An animal that has consumed haram-laden feed is termed Al-Jalalah or impure. Such an animal can be cleansed or the meat turn into halal provided the following conditions are met: 1) said impure animal or Al Jalalah should be put in what we call in Arabic “Al Istibra” or withdrawal or Halal Veterinary Quarantine for seven to ten days for goat (large ruminants, 40 days, and birds, only 3 days) before slaughter; 2) during the said period, the animal must be fed its natural diet like grasses and legumes before slaughter. The basis for such a prohibition was the authentic saying or instruction of the Prophet Muhammad saw: “The Messenger of Allah (SAW) forbids the meat (of) al-Jallalah (impure) animal or (drinking) its milk’.”

Housing for Halal Goats: Goat sheds or houses must be provided as in conventional goat farming. Elevated flooring is recommended in halal goat farming.

A diagram of standard housing for halal goats.

Complete confinement or intensive management (zero-grazing) of goat for the entire life of the goat is not recommended on halal-compliant goat farms as it violates animal welfare in Islam. Periodic grazing must be practiced as in extensive type of goat husbandry.

• Branding and dehorning with the use of a hot iron or electric cautery is highly discouraged. The best alternative is to use caustic soda or stick for dehorning a newly born kid. Ear or neck tags can be used.
• Castration is strictly prohibited in Islam as it violates animal welfare in Islam. Dispose of excess bucks (male goats) for slaughter and buy does as additional stocks.
• Halal goat farms must be certified halal by a legitimate halal certifying body and should have a designated practicing Muslim halal assurance officer or auditor, oriented by the halal certifying body.

• Slaughter the goat in a most humane method in order to conform with the halal way or Islamic teachings.
• The preconditions of halal slaughtering are: legal ownership of goat, has good health, halal-fed, non-pregnant, and marketable age which is at least one (1) year of age. Before we proceed to this topic, here are some of the Islamic injunctions from the authentic instructions or saying of the Prophet 1,400 years ago and the very teaching of Islam: “There is a reward for showing kindness to every living things.” “There is no man who kills [even] a sparrow or anything smaller, without its deserving it, but God will question him about it on the judgment day.” “Whoever is kind to the creatures of God is kind to himself.” “Do not kill one animal in the presence of another, or sharpen your knives before them.”
• The ideal halal abattoir or slaughterhouse for small ruminants is to divide the slaughter area into quarters or rooms in order to prevent animals from seeing each other during the slaughtering process.

A diagram of proper slaughtering.

There are two methods of slaughtering: conventional and religious. In the conventional method, slaughter can be performed by any expert individual of any religious affiliation, stunning using captive bolt or hammer and high voltage, hence there is no religious significance. The other method is religious and divided into two, Halal and Kosher. Here is the comparison of the said religious methods:

There are different opinions among Islamic scholars of highest imminence. Some say it is haram or prohibited in Islam to use stunning and some do not. Stunned meat is now banned in the Middle East, particularly in the Kingdom of Saudi Arabia. The provision is clearly stated in the Gulf Standard GCC-993-2015 (Halal Slaughtering) formulated in 2015 but which only started implementation this year. This step is a major setback for halal meat exporters like Brazil, Thailand, and Australia for their poultry, chevon, mutton, and beef products. Hopefully, our halal giant poultry integrators in Mindanao, Tiaong, Quezon, and Lucena City will reconsider the use of water bath stunning, if they have plans for Muslim markets, both local and global.

Non-stunning under the Meat Inspection Code of the Philippines is allowed as indicated in its Implementing Rules and Regulations, Section 19: (Humane Handling and Slaughtering) Rule 19.3: “The food animals presented for slaughter, except those animals slaughtered following rituals and religious practices, shall be effectively stunned following approved stunning method prior to sticking or bleeding to ensure that the animals are rendered unconscious with a minimal of excitement or disturbance and without suffering.”

Additional requirements: The halal abattoir for goats must be fenced, at least 200 meters from any piggery farm in a non-Muslim area. It must be certified halal by a legitimate halal certifying body with an assigned practicing Muslim slaughterer and a Halal Assurance and Monitoring officer.

The handling and transport of halal certified meat in theabattoir and to the market must conform to halal standards and guidelines. It must be transported by a NMIS accredited meat van bearing the Halal Certified Mark logo (inscribed name of halal certifier) on the outside wall panel.

In the wet market or grocery center, halal certified meat must be completely segregated from non-halal meat for retail to consumers or before reaching the plate.