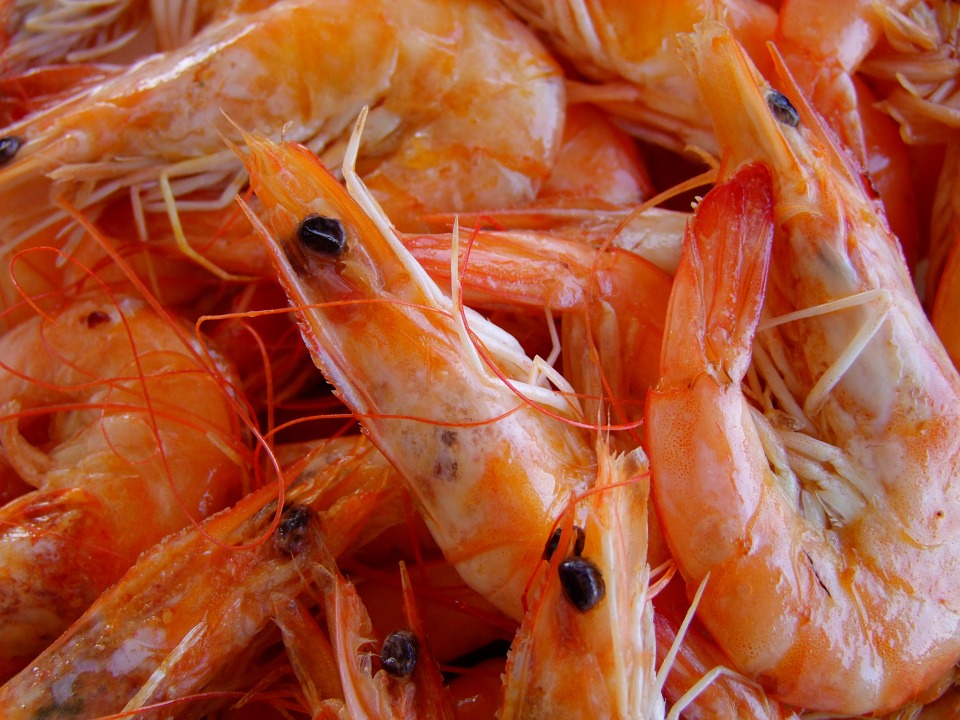 Shrimp commands a high price in local and export markets. Because of high profitability, the monoculture of shrimps in semi-intensive and intensive systems has become more popular in the country. However, these production methods leads to an increase in disease commands a high price in incidence and shrimp stress due to high stocking densities and accumulated waste from excess feeds in the pond bottom. This has resulted in growth retardation, physical deformity and increased mortality in shrimp farms across the country.

To sustain the production of good quality shrimps, it is necessary to maintain good water quality throughout the entire culture period. Common practices include regular monitoring of water parameters such as temperature, pH, dissolved oxygen, and salinity. Dissolved compounds in the pond such as ammonia and Hydrogen sulfide are also regularly monitored. These are formed by decomposition of shrimp faeces and residual feeds in the pond and are toxic at certain concentrations. To maintain these parameters in optimum condition, periodical
water exchange is done. Proper pond preparation such as complete drying of the pond soil releases toxic compounds such as hydrogen sulfide while liming aids in correcting the pH of the soil. Additionally, the use of aerators and paddle wheels in ponds with high stocking densities can also aid in distributing dissolved oxygen and stabilize temperature in the pond water.

Aside from these usual practices, there are also other inputs that can be used to improve the pond environment. Several safe biological agents are available in the market which can 1) maintain water quality by decomposing organic matter; 2) optimize production by eradicating competitor organisms in the pond; and 3) reduce disease incidence by boosting shrimp immunity. The use of safe biological agents are not detrimental or toxic to the shrimp or to the natural food organisms present in the culture system and can thus be added at any point of the culture period. Unlike pesticides, they do not leave harmful residues in the shrimp flesh and their residues are biodegradable and do not accumulate in the environment.

Probiotics can be applied in two ways. First, it can be added to the feed to enhance its digestibility. Probiotics help in the degradation of hard to digest feed components. This facilitates easier absorption of the nutrients from the feed and results in faster conversion to fish or shrimp flesh. With increased absorption of feed components, the waste produced by the cultured organisms in the pond decreases. Second, probiotics and bioremediation agents can be added to the pond water directly to enhance degradation of excess feed and prevent accumulation of organic waste. The bioremediation process converts the organic waste to basic compounds which can later serve as fertilizer in the pond. At present, a variety of probiotic compounds are available in the market, i.e. Bayer and Anova Probiotics.

Shrimp yield is higher if unwanted species and competitors are not present in the pond during culture period. Biodegradable or indigenous materials such as derris root can replace non-biodegradable compounds and pesticides. Derris root powder which contains 5-7% rotenone is commercially available and can be applied at a rate of 10-20 kilograms per hectare at 10 to 20 cm water depth. Rotenone can eliminate unwanted fish in ponds without adverse effect on shrimp.

Another biological pesticide is tea seed cake which can also selectively eliminate predators and competitors inshrimp ponds when used at a dose of 10 ppm. Its active ingredient saponin do not result in soft-shelling of shrimps unlike chemical pesticides. Since it is safe for use, pond flushing after using tea seed is not necessary. This reduces the water requirement and shortens the time needed for pond preparation.

Sound nutrition and adequate feeding are not only requirements for growth, but also help to boost the overall health of aquatic animals, allowing them to resist a variety of disease-causing organisms. Feed components like proteins and lipids, are combined and incorporated into shrimp feeds that can significantly increase growth rates and lower feed conversion ratio. Vitamins, minerals and other additives present in shrimp feeds such as in Tateh Vannamei Feeds can also help prevent nutritional deficiencies such as soft shelling or physical deformities.

Additionally, immunostimulants are given to cultured shrimp to enhance the immune system of cultured shrimp against diseases by serving as prophylactic treatment against expected seasonal outbreaks of known endemic diseases. Various types of immune-stimulants derived from bacteria, yeast, animal and plant extracts are available in the market to elevate the shrimp’s nonspecific defense mechanism or the specific immune response. Tateh Vannamei feeds contain immunoboosters that help strengthen the immune system of the shrimps.

The use of safe biological inputs provides a good alternative to chemical pesticides and synthetic compounds available in the market. Aside from their safety for the cultured shrimp and human consumers, they do not leave harmful residues which can affect the environment.

More importantly, the combined use of these inputs with good quality feed and proper feeding management can maintain optimum water quality in semi-intensive and intensive systems. Aside from the complete nutritional requirements and immuno-boosters that can increase shrimp immunity against diseases, Tateh Vannamei Feeds have undergone extrusion process which minimizes leaching of nutrients that can degrade the pond water. The slow-sinking feature also prevents overestimation of feeds during the entire culture period, thereby lessening organic matter in the pond and maintaining good water quality in vannamei culture.