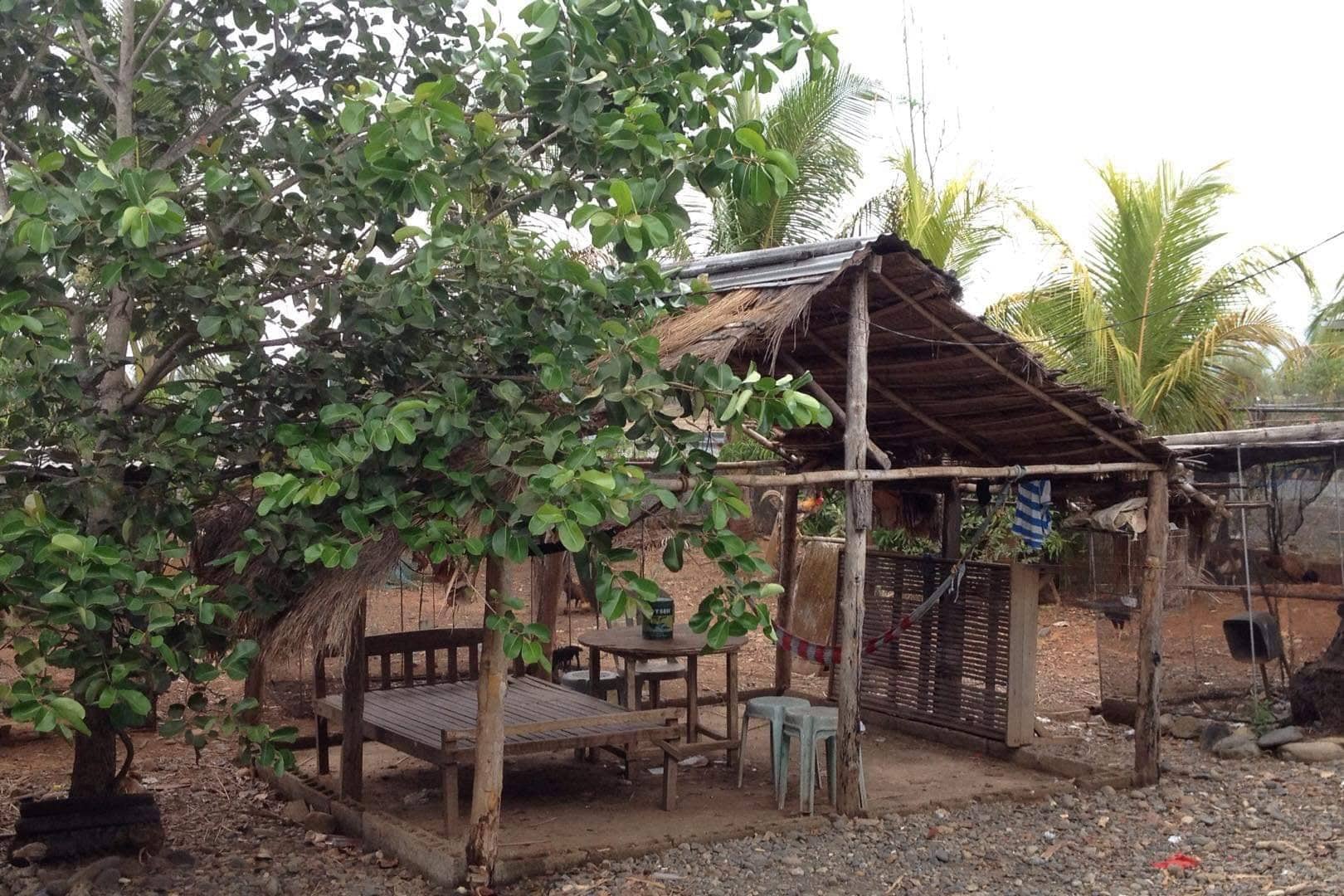 Virgilio Taculao, or Mike to his family and close friends, has been living in the urban jungle for about 41 years.

His work as a liaison officer for a local real-estate company usually takes him to the field where he has to face the heat, traffic, and pollution that many urbanites dread. But Mike dreams of another kind of field to work on.

“Ever since I was a boy, I’ve already grown different types of fruits and vegetables on our land in the province. I always loved farming because it keeps me busy and gives me a chance to exercise because I’m not the type of man who likes to stand around idly,” Mike said. 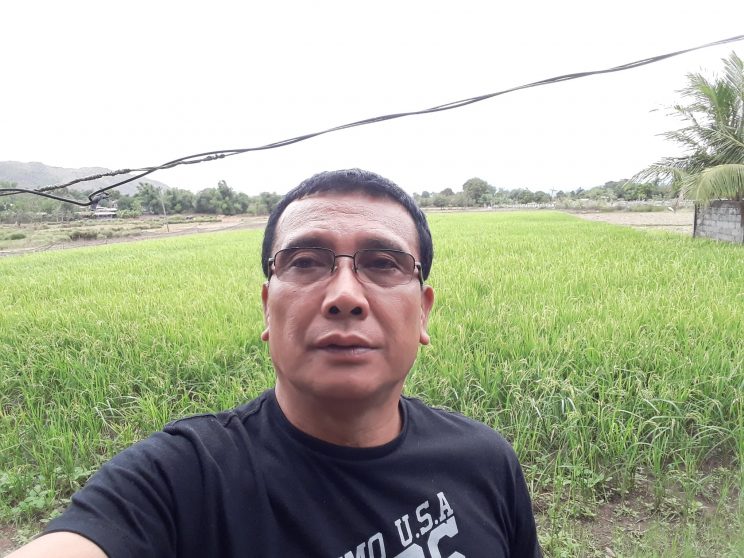 A selfie of Mike in front of a rice field.

Because of his experience growing different kinds of crops in his hometown, he found a 300 sq.m. empty lot in a subdivision in Quezon City and transformed it into a garden where he grows fruits and vegetables for personal consumption.

“It was an easy task for me because I already had the experience before in Abra so I just took that and used it on the vacant lot. It’s also nice because I had people there helping me out so I can actually monitor the crops when I’m away and at the same time, I get to share the things I know with someone else,” Mike said.

From vacant lot to urban garden

Mike recruited some of residents and security guards in the area to help prepare the vacant lot for farming.

“They were curious with what I was planning because I always kept inspecting the lot when I have free time. And since they said they didn’t have much to do, they volunteered to help me out with the project I had in mind,” Mike said.

He also said that he wanted to set a good example to get others to do productive things with their lives. With farming, not only does he get to do what he loves, he also encourages others to grow their own food and get busy.

Mike and the others worked on rich, loamy soil so they didn’t encounter much difficulty in tilling the ground prior to sowing the seeds. However, they had a hard time clearing debris such as rocks, fallen leaves, trash, and weeds from the area.

He didn’t spend a lot of money since the tools he needed like shovels, shears, and rakes were available at his house and the warehouse near the vacant lot.

Once the land was ready for planting, Mike wasted no time in sowing seeds that he got either from fruit and vegetables from the dinner table or the seeds that his brother from the province sent over. 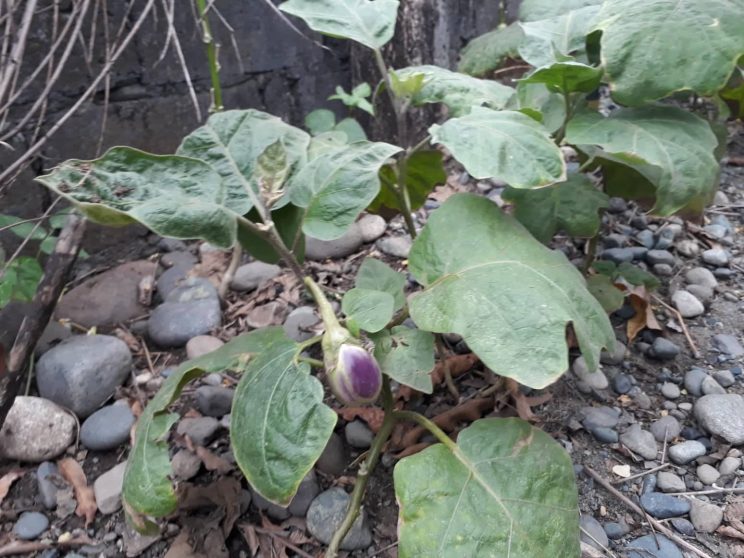 Mike grows different kinds of vegetables such as eggplants on their land in the province.

“I plant what I usually eat. I don’t stick with only one type of crop because each crop has different seasons for planting and harvesting so I match the season with the crop,” Mike said.

He added that they don’t sell what they grow on the garden. He brings home what he can for his family to enjoy and the rest, he distributes among the residents and security guards in the subdivision who helped him out.

Where his love for farming came from

Born in Abra, Ilocos Sur, Mike is the eldest among eight siblings. At a young age, he already learned how to support himself by growing fruits and vegetables in their backyard.

“When I was in high school, I would ask for the extra seeds that weren’t planted in our school’s garden so I could take them home and grow them for myself to eat or to sell so I have extra income,” he said.

Mike has already grown a wide array of fruits and vegetables in their land such as mangoes, tamarinds, watermelon, eggplants, string beans, and more.

“I used to sell what I harvested for P0.25 a piece because prices in the ‘60s weren’t as outrageous as they are now. As long as I can get one peso from what I planted, then I’m already happy because I have money to buy lunch with,” he said.

On the other hand, he kept the produce that he couldn’t sell for him and his family to eat.

Aside from growing plants in their backyard, Mike would also care for the goats that their family raised for profit. Every day, he would take them out to graze on the field adjacent to their house, then round them up before the sun sets.

The secret behind his ‘green thumb’

Mike has experimented with growing different types of crops. He admits that it wasn’t an easy task because it took him years before he got the idea of farming right.

“Growing plants is not an overnight trick where you stick a seed in the soil then by tomorrow, you’ll already get something. It’s more of a trial-and-error where you have to be very observant when it comes to the plants,” he said. 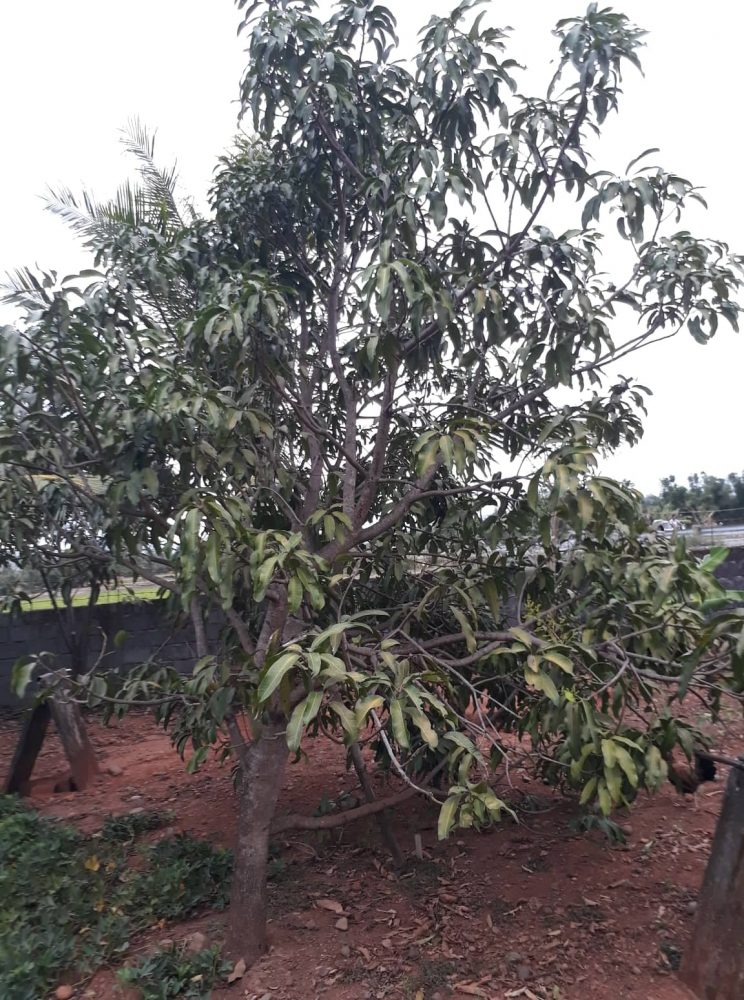 The technique to ensure a good harvest even for small areas, according to Mike, is proper management and supervision.

“I kept a close eye on my crops before so that I would know if they needed to be watered, or if they needed pruning. It also alerts me if there are any pests or diseases so I can mitigate the affected plant before it spreads,” Mike said.

He added that timing also plays a key role on the productivity of a plant. Even if it blooms year-round, it has to be planted at a time when it’s not too dry or too wet so that the soil will be rich in nutrients for the crop to absorb.

Unfortunately, Mike no longer owns the vacant lot where he enjoyed farming in the city.

Despite that, he hopes that the knowledge he imparted on those who helped him would be used wisely and even disseminated so that more people will be encouraged to go into farming.

Now getting closer to his retirement, Mike is finalizing his plans to stay in the province where he can enjoy the fresh air and the satisfaction of growing food right at his own backyard.