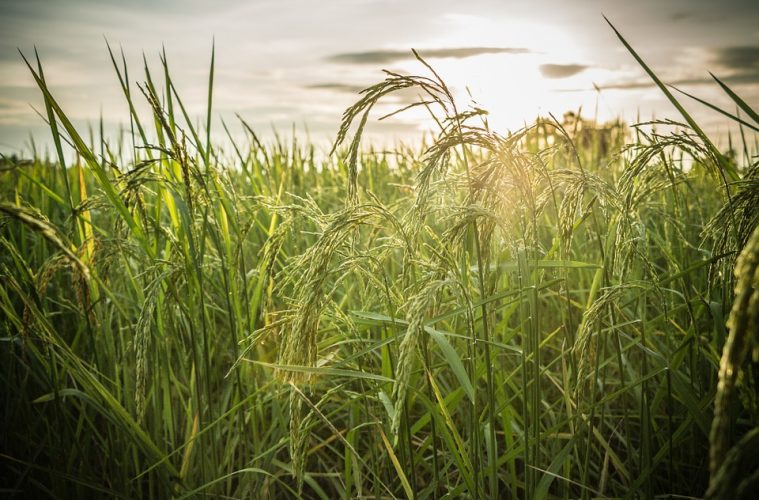 The Department of Agriculture (DA) awarded Bago City, Negros Occidental as the top rice-producing city of Region VI at the Rice Achievers Awards (RAA) at the Philippine International Convention Center, Pasay City last May 30. This is the 2nd year that Bago City received an award from RAA.

Bago city’s “rice granary” title is justified, with 119, 528.36 metric tons of palay harvested in 2018 from 11,879.29 hectares. City mayor Nicholas Yulo said that their yield per hectare increased from 4.3 metric tons to 4.45 this year. He, together with city agriculturist Carlito Indencia, and DA regional executive director Remelyn Recoter, received a Php 1million project grant.

According to Yulo, last year, the DA and the LGU of Negros Occidental gave the farmers 19,571 bags of palay seeds along with water pump engines and other units of farm machinery and equipment. 22 farmers were also given 80 bags of fertilizer under the Rice Crop Manager and Philippine Rice Information System programs. Seeds and other machinery were also provided by the city and provincial government for the Farm Mechanization Project of a 200-hectare rice farm.

Senator Cynthia Villar, who lead the distribution of awards in RAA 2018, said that helping the farmers is a way to solve poverty in the Philippines because she acknowledged that most of the country’s farmers belong to the lower sectors. She also said that the passing of Rice Tariffication Act, or RA 11203, is for the competitiveness of the farmers. A total of Php 10billion, Php 5billion for machineries, Php 3billion for seeds, Php 1billion for easy access credit, and Php 1billion for farmers’ training, will be provided annually for the Rice Competitiveness Enhancement Fund (RCEF). She also believes that labor cost would decrease if there would be machines provided.

In place of DA Secretary Emmanuel Piñol, Undersecretary Ariel Cayanan said that local partnerships should be boosted. Farming would also prosper if these farmers would use high quality seeds and with the help of technology, it wouldn’t be that hard, and of course, with the support of the DA. Also, everyone should be ready to face challenges that climate change, increasing global competition, rural poverty, and limited resources would bring.

Aside from the recognition of Bato city, the Durog Irrigators’ Association of Miagao, Iloilo also received a special citation as outstanding Small Water Irrigation System Associations (SWISA) of Western Visayas.