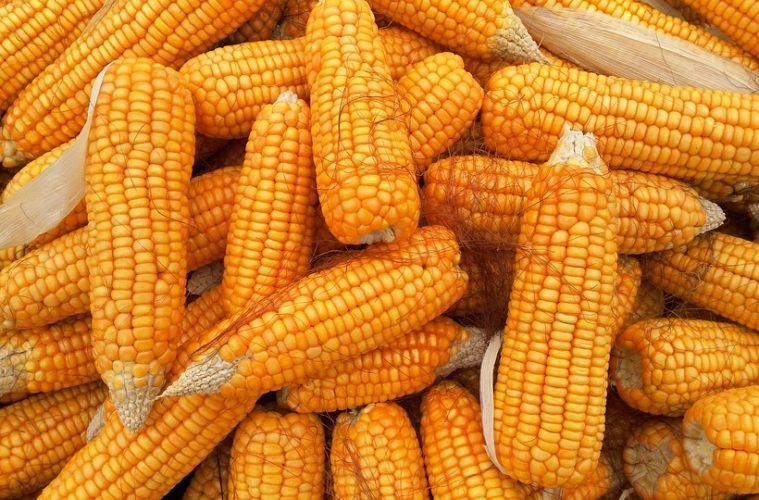 Corn production in high elevation geographies in Mindanao has always been a challenge to many growers due to biotic factors and severe diseases that reduce yields of hybrid corn.

Rosalia Ragmac, 42 years old, a corn grower from San Vicente Sumilao, Bukidnon who has been planting corn for more than a decade now recalls how diseases affected her yield in the past due to unfavorable weather condition and monocropping practices.

At left is Marilou B. Pajal, a financier who has financed 20 hectares planted to NK306BtGT for two seasons.

According to Ragmac, their most challenging problem every season is the presence of ‘’butikol’’ technically known as Diplodia Ear Rot caused by a fungus, she said. Because of this, their harvest was so poor that they could not pay for the money they borrowed to finance their five-hectare farm.

Diplodia ear rot (DER), commonly known as butikol or gaob among Mindanao corn farmers is a fungal disease of corn characterized by grayish or grayish brown molds on the ears or kernels typical of a rotting symptom. The disease development is favored by wet weather at 21 days after silking and becoming prevalent towards reproductive stage to maturity. Economic losses associated with this disease include poor grain quality and reduced grain weight.

In order to address the grower’s need to manage the disease and maintain productivity on highland corn environments, NK306BtGT has been introduced this wet season amongst Mindanao growers.

Duanne Macabudbud, Corn Product Selection Lead, believes NK306BtGT can perform well and can be widely grown on upland and high elevation areas and in areas where DER is a major problem.

NK306BtGT matures in 120 days and is recommended for both wet and dry seasons in Mindanao. It is known to be tolerant to DER, stalk rot and foliar diseases. This variety is also known to perform in poor soils and under adverse weather conditions. It can be planted at a density of 71,000-80,000 plants/ha with a potential yield of 10-12 t/ha.

Initial users of NK306BtGT were also found to be well satisfied with its general yield performance and agronomic features. Among the satisfied persons are Marilou Pajal of Capinonan, Cabanglasan, Bukidnon (a financier), Randolf Leuterio, 58, a self-financed grower from Tamboboan, Claveria Misamis Oriental, Merlinda Malicay, 47, from Dalwangan, Malaybalay City, Bukidnon, who has been into corn farming for almost 20 years now. All of them said that the new hybrid is really great for planting in their highland areas.