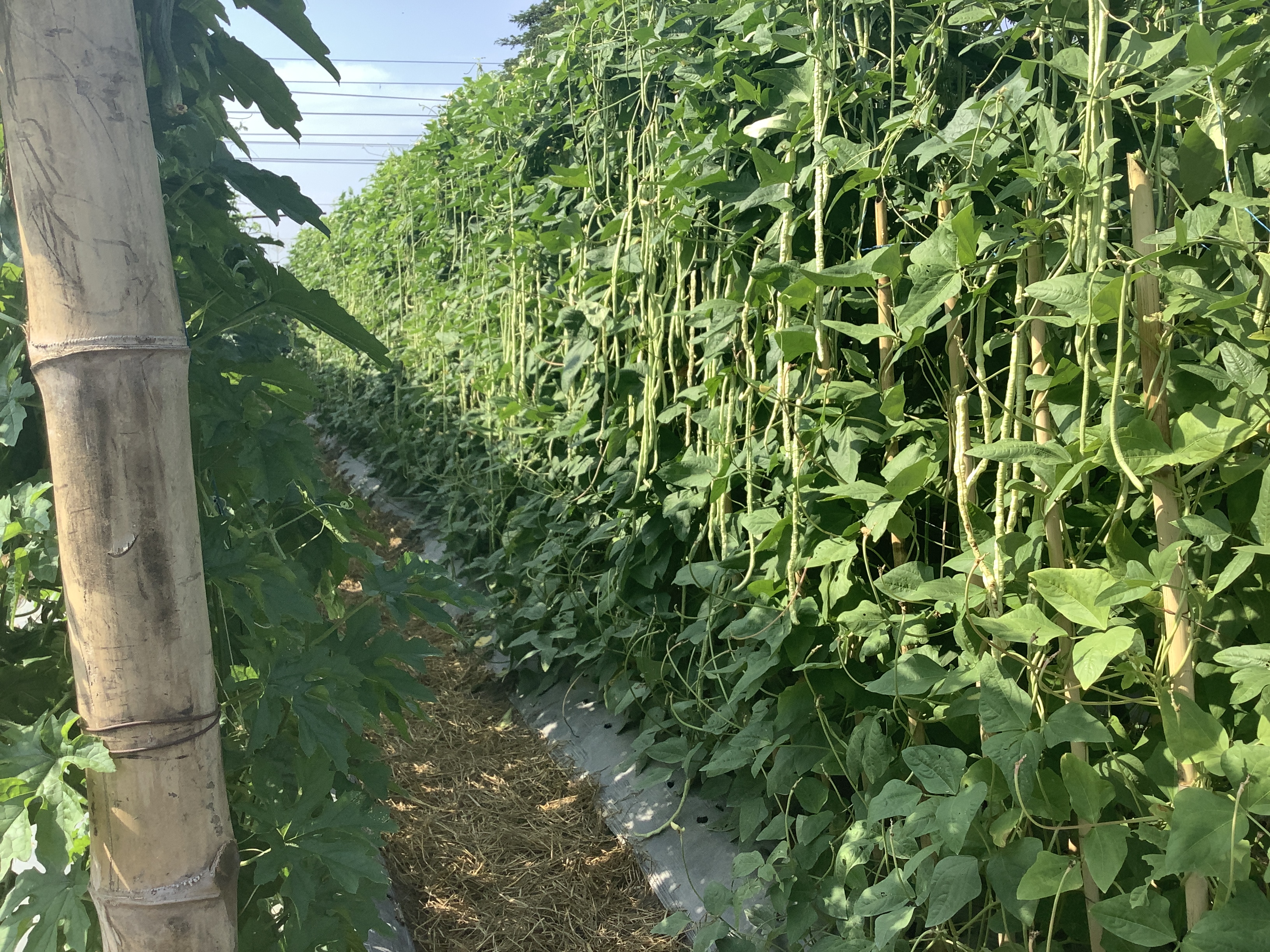 This is the high-yielding White Star showcased by Chia Tai Philippines during its field day in its demo farm in Balibago, Tarlac City. It produces light green pods that are long and firm.

A new company that will distribute seeds of vegetables and other high- value crops was officially launched at the company’s head office in Tarlac City and at Marriott Hotel in Clark Pampanga on June 10, 2019. Chia Tai Philippines, Inc., headed by Crisanto Alibuyog, is the newest subsidiary of the oldest seed company in Thailand, the Chia Tai Company Ltd. which was established in 1921 in Bangkok. The launching was attended in full force by the mother company’s CEO and directors, as well as Thai Ambassador to the Philippines Thanatip Upatising. Tarlac City Mayor Cristy Angeles and Vice Governor Carlito S. David led the local executives at the launch.

Earlier, on May 30, the company held a Field Day where some 30 promising hybrid varieties were showcased. The field day was attended by more than 150 farmers, agriculturists, government officials, seed distributors, and traders.

Actually, Alibuyog said, they had been field testing hundreds of varieties from Chia Tai Company in different parts of the country since 2016. Around 37 of the most promising tropical varieties were showcased during the field day last May 30 at the Chia Tai Philippines research station in Balibago, Tarlac City.

Alibuyog is very excited about the excellent performance of the new varieties which are mostly the pinakbet type grown under lowland conditions. He is very proud of their three varieties of bitter gourd, or ampalaya, which produce big fruits and also have very desirable characteristics. 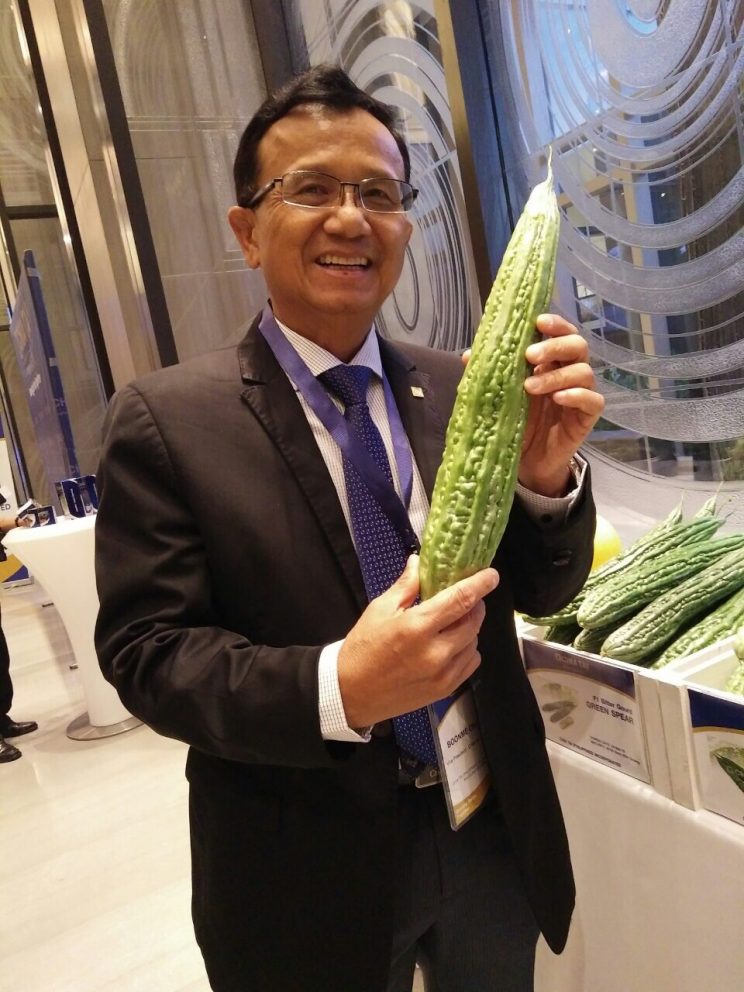 The three ampalaya hybrids are Jade Empire, Green Arrow, and Green Spear. Jade Empire is an early maturing plant that produces big fruits, weighing 300 to 400 grams each or even bigger. It has very good fruit setting characteristics and has intermediate foliage cover.

Green Arrow, on the other hand, is a vigorous and strong hybrid that produces large and heavy fruits. It can be planted any time of the year being an all-season variety.

The other varieties also performed well under Tarlac conditions despite the challenging weather conditions of very hot temperatures and El Niño phenomenon. The varieties included traditional varieties of sweet corn and a number of sweet waxy corn that come in white and colored varieties. Among them is Magenta, a waxy purple corn that is claimed to be rich in anthocyanin and with 25% sweetness. Other varieties are Sta. Maria purple, a bicolor which is early maturing at 63 to 65 days after planting; Sweet Ivory which produces big ears with sweet waxy kernels; and Sweet Nirvana which is an all-season variety that can be planted in both wet and dry seasons. It produces medium size ears prized for their sweetness and tolerance to diseases. 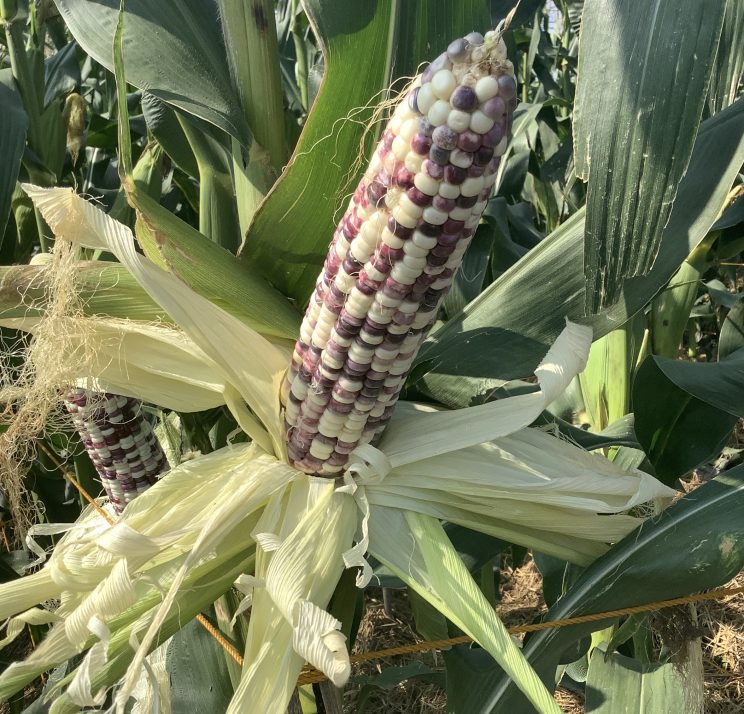 BICOLOR SWEET WAXY CORN – This is the Sta. Maria
Purple sweet waxy corn from Chia Tai Philippines. It is early maturing at
63 to 65 days after planting.

Random checking with the field day attendees revealed that they were impressed by the good stand of the crops and the quality of their fruits. Among the outstanding crops heavily laden with fruits was the White Star sitao or string bean with light green pods that are firm, and with long productive life. Watermelons and melons were also among the star performers at the field day. These include the watermelons like Predator, Terminator, Sweet Royale, Andromeda, Yellow Princess, and Black Raptor. The melons include Royal Gold Solar Sweet and Royal Honey Dew.

Also showcased during the field day were varieties of tomato, eggplant, patola, cucumber, gourd or upo and pumpkin or squash. The pumpkin varieties are Maligat and Early Gold.

He introduced poultry wire cages in the Philippines