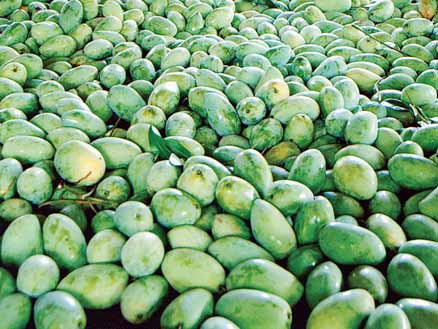 The fruit industry in the Philippines contributes to the economy of the country in a large way, owing to its rich assortment of tropical fruits wherein more than 20 different species are cultivated in the different regions.

The production of banana went up by 2.1 percent from 2.10 million metric tons in 2017 to 2.14 metric tons this year, based on a data from the Philippine Statistics Authority (PSA) for the period January-March 2018.

Cavendish banana is the top fruit export from the Philippines.

More than one third or 36.7 percent of the total banana production came from Davao Region followed by Northern Mindanao with 24.4 percent, and SOCCSKSARGEN with 13 percent.

The decrease could be attributed to the incidence of cecid fly, capsid bug and other fruit flies and late flowering of trees in Ilocos Region (Pangasinan) and Central Luzon (Nueva Ecija and Zambales).

Production methods may range from backyard to systematic operation which caters to the export market. It can be noted that backyard farms are generally small in size with minimal care resulting in low yield.

To support and boost the fruit industry in the country, at least two projects are now being funded by the Australian Centre for International Agricultural Research (ACIAR) and the Philippine Council for Agriculture, Aquatic and Natural Resources Research and Development of the Department of Science and Technology (DOST-PCAARRD).

Identified as priority commodities under the Harmonized National R&D Agenda (HNRDA) for 2017-2022 and DOSTPCAARRD’s Industry Strategic S&T Program (ISP), banana and mango are among the fruit crops being studied under the “ACIAR-PCAARRD Horticulture Program on Fruits and Vegetables.”

Titled “Integrated management of Fusarium wilt (FW) of bananas in the Philippines and Australia,” the project aims to reduce the impacts of FW and improve the productivity and viability of banana plantations managed by smallholders.

The accomplishments of the project include the identification of mesh wire boot as the most effective scrub in removing soil to limit the spread of disease inoculum; report on the economic feasibility of growing Giant Cavendish tissueculture variant (GCTCV) 218 in Foc infested area; and the conduct of the Mindanao-wide banana symposium participated in by 140 banana growers and agricultural extension workers (AEWs).

The second project titled “Research and development of integrated crop management for mango production in the southern Philippines and Australia” is intended to reduce product losses due to pests and diseases, decrease inputs costs, and improve quality and yield of mango to increase growers’ profit.

The project’s accomplishments include the identification of parasitoids as potential natural enemies of cecid fly; demonstration and training on canopy management in Davao Occidental and Davao del Sur; and the conduct of a national survey on “best practices” in nine major mango growing areas in the country.

For the success of the two initiatives, Dr. Jocelyn E. Eusebio, director of the Crops Research Division (CRD) of DOSTPCAARRD, expressed the Council’s commitment to support ACIAR in its future R&D activities on banana and mango.

Durian has a ready market abroad but local production must be enhanced.

Accomplishments for the two-year duration of the projects were already presented during the end-of-project review which was held in Cebu City by implementing agencies, namely the University of Southern Mindanao (USM), University of Southeastern Philippines (USeP), Southern Philippines Agri-business and Marine and Aquatic School of Technology (SPAMAST), and provincial agriculturists offices of Davao del Norte and Davao del Sur.

On the other hand, a research initiative for the production of durian (Durio zibethinus Murr.) was also spearheaded by the DOST-PCAARRD in an effort to increase fruit yield and quality.

This developed after the Regional Durian Research and Development (R&D) program (Phase 2) recently kicked-off an inception meeting held at the headquarters of the DOSTPCAARRD.

Lanzones is one of the top eight fruits in the Philippines.

Widely known and valued in Southeast Asia as the “King of Fruits,” durian is unique for its large size, unique odor, and intimidating thorn-covered husk.

It will also validate the program results of Phase 1 to generate more conclusive and comprehensive results.

The program will develop a fertilization guide based on the optimum nutrient standards of durian.

It will also cross-validate the pruning, detopping, flower and fruit thinning techniques, and fertilization standard of durian for optimum yield and quality.

A Geographic Information System (GIS)-aided soil suitability map for durian in Davao and Cotabato is also among the expected outputs of the program.

The program is one of the initiatives of DOST-PCAARRD to help the local durian industry in achieving a higher national average production.

The CRD of the DOST-PCAARRD organized the inception meeting to level off expectations and fine-tune the technical and financial aspects of the program.

Following the opening of the Association of Southeast Asian Nations (ASEAN) Common Market in 2015, the fruit industry in the Philippines faces a big challenge to provide a safe product at competitive prices, which can only be achieved through the integration of the production and marketing for each fruit species.

Likewise, productivity and/or areas of production should be increased in order to attain the economy of scale to expand and/or open new markets abroad.

There is also the need to enhance the extension services provided by the different government agencies like the DOST-PCAARRD in order to efficiently transfer new technologies to growers to enhance their production and marketing efficiency.

Robert Downey Jr. is trying to save the world outside the MCU with this climate change coalition