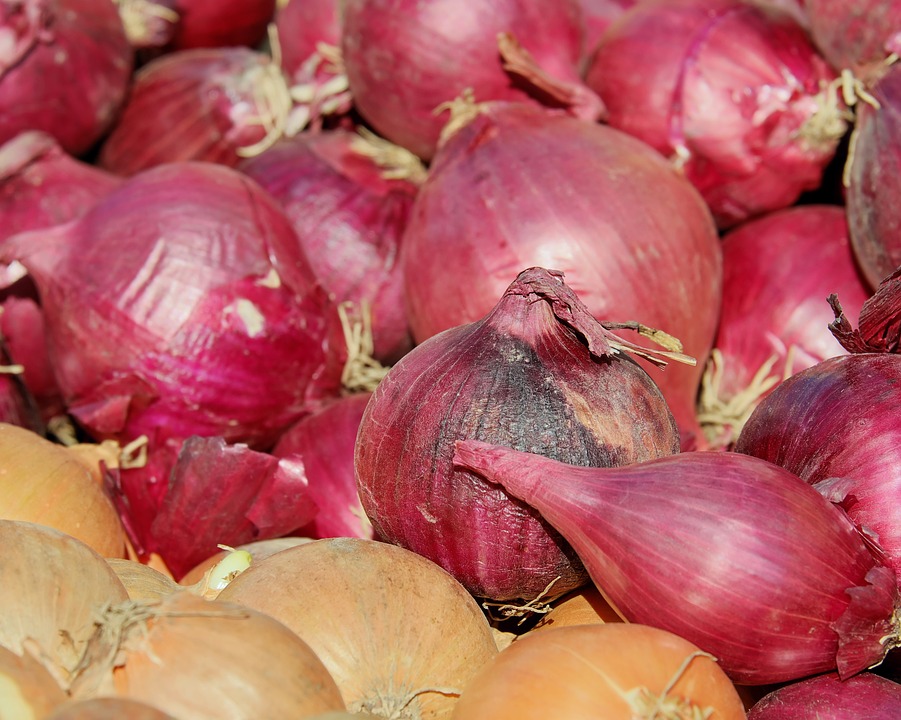 Did you know that onion farmers can make their own organic concoction to fight fungal diseases like anthracnose, bulb rot and leaf spots? That’s what members of the Kalasag Farmer Producers Cooperative have been doing the past several years and that’s one of the reasons why they have cut down their cost of producing onion from P15 per kilo to P8 to P11 per kilo.

Kalasag is a co-op based in San Jose City, Nueva Ecija, managed by Wencelito Gomez whom we met at the launching of Chia Tai Philippines at the Marriott Hotel in Clark Pampanga on June 10, 2019. Kalasag has 92 farmer members who are producing onion and hot pepper for a big fast food chain.

The members are using Trichoderma to fight fungal diseases that attack onions from seedling to bigger growth stages. It is very easy and cheap to produce the Trichoderma solution for spraying on onion plants. This is how it is done.

For a small requirement, take a kilo of cracked corn that’s readily available in the market. Boil the corn until soft. Let cool for several minutes. When it is already cool, place the same in a durable transparent plastic bag (0.5mm). Inoculate this with Trichoderma which can be had for free from PhilRice in Muñoz, Nueva Ecija. The Trichoderma comes something like a gel. Dip a barbecue stick and use this to inoculate the boiled corn in the plastic bag. Close the plastic bag with a rubber band and then sterilize the same by steaming. After it is steamed, place the bag in a cool dry place.

In one week or two, green fungal growth will coat the cracked corn. That’s the Trichoderma fungus. Take 10 grams of the inoculated cracked corn and immerse this in a dipper (tabo) of water to wash off the fungus from the cracked grains. The water in half of the dipper is placed in a 16-liter knapsack sprayer. With this, you can now spray the plants as well as the soil. That will keep the plants protected from fungal diseases. Gomez said the solution can be sprayed on other plants besides onion.

FLAGSHIP PRODUCT – If one is starting his farm, he should determine from the start what would be his “Flagship Product.” That’s the product that the farm would be known for. It could be a crop or farm animals. There are so many crops to choose and so is in livestock. A unique and well-defined flagship product would be the best. That would be what will stick in the mind of people when they hear of the name of the farm. The Flagship Product was one of the topics discussed during the launch of our free forum, Sundays With Zac Sarian, which is held from 1:30 to 4 p.m. at the Sarian Farm in Teresa, Rizal. The farm could be producing various kinds of plants or animals, but there should be one special variety of plants or breed of livestock. That could be the money-maker in the farm.

For instance, among the attendees in our first session were Willie Menor and his wife Jeannie. They own the Tierra del Menor Farm in Cavite. It is a very diversified farm but they have one special product – rabbits for breeding as well as for meat. In just a few years, they have become well known as a source of rabbits because they try to acquire the best breeds available. They keep on innovating or adding new ideas in rabbit raising. They conduct seminars to disseminate the latest know-how in rabbit production.

By the way, while attendance in Sundays With Zac Sarian is open free to the public, one has to pre-register because each session is limited to 20 people only. Reservations can be made by sending a message to (0995) 584-9155. The June 23 session is already full, while the June 30 session has five remaining slots.

The July 14 session is something special because Dr. Rene Sumaoang, a microbiologist, will teach the attendees how to make their fermented vinegar to avoid consuming vinegar prepared with synthetic acetic acid. There will be hands-on practice in making fermented vinegar. The slots are almost full, only five remaining.

Rosemary can boost memory by 75 percent