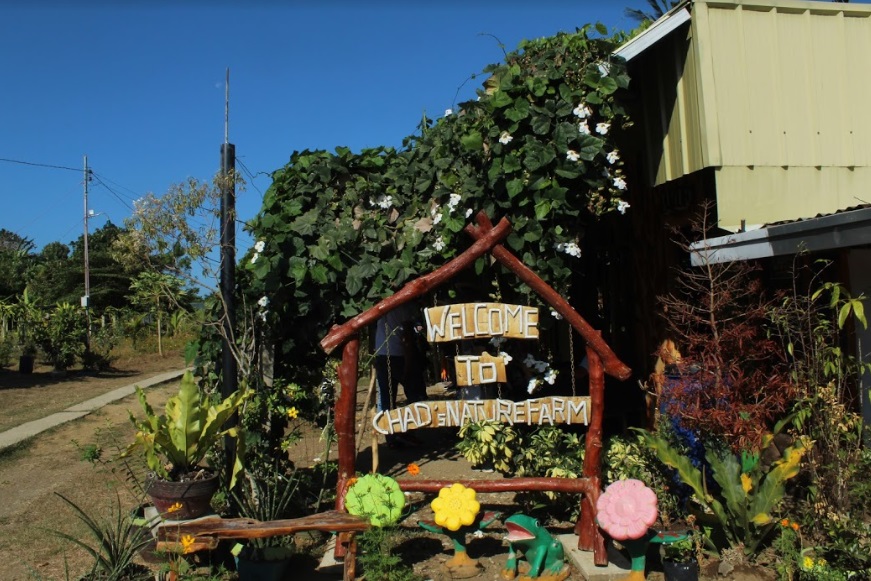 The farm is owned by Aida C. Briones, a former government worker who decided to go into farming after her early retirement at the age of 58 in 2014. Her initial idea of farming was that it was an easy task; she later realized that there’s a lot to learn before one can actually begin farming.

Briones started by researching the basics of running a farm via the internet until she finally attended a formal seminar in the middle of 2015.

“During the trainings, I was introduced to organic farming. But in my mind, I already knew that I wanted to grow crops without using chemicals. I just didn’t know what it was called at the time,” Briones said.

Briones began by utilizing goats on the area to clean any leaves, grass, or weeds that could obstruct the farm’s growth. Next, she added native honeybees known as laywan (Apis cerana) to help speed up crop pollination in the farm once they started growing crops.

She also recruited the help of the local Batangueños in caring for and managing her farm.

The farm is named after Briones’ only son, Chad, who is diagnosed with autism.

“I’m a single parent and he’s my only child. He doesn’t know that he owns a farm and that his name has numerous credentials,” Briones said.

Chad’s Nature Farm, like the other sites in ATI’s itinerary, is a School for Practical Agriculture (SPA). It is also recognized by the Department of Tourism as an agri-tourism site.

“We’re now a training center for organic agriculture and an assessment center. At the same time, we’re also approved for agricultural crops production which is a part of TESDA’s National Competency training courses,” Briones said.

The teaches trainee farmers how to work the fields, create organic concoctions, and care for livestock through lectures and hands-on activities.

In terms of agri-tourism, the farm offers bed and breakfast services with an overlooking view of Taal Lake.

Guests can choose between the large accommodation rooms good for eight people, or the smaller rooms which can house three to four people. They can also opt to camp out on the farm’s grounds using tents.

Compact farms are viable and sustainable