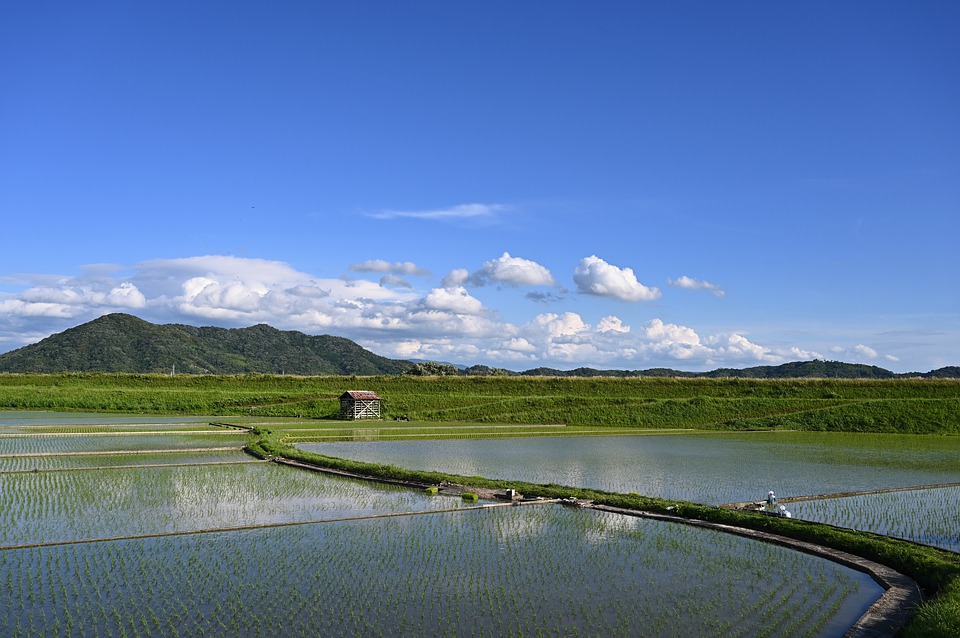 Labeled as one of the “100 Best Rice Terraces” by Japan Ministry of Agriculture, Maruyama Senmaida Rice Terraces is planted to around 1,340 rice paddies lined alongside each other, located 150 meters above sea level. These paddies are located in Kumano City in Mie Prefecture.

Back in 1601, there were an estimated 2,240 rice paddies; however, around three decades ago (during the Heisei era), rice paddies decreased to around 500. But with the help of the residents who set-up a group to preserve the paddies, 300 more fields were restored. Toshio Kita, 70, president of the group, and his wife Keiko, 68, are active in planting rice to help with the rehabilitation process.

Paddies are divided into sections where farmers take charge per area. Even though the paddies per terrace are small, labor are all done manually since the elevation of the paddies makes it difficult for machinery to be used, thus, requiring a lot of effort from the farmers. To say the least, dedication and perseverance are the real capital of these Japanese farmers in maintaining the breathtaking view of the terraces.

Renting a farm has its advantages