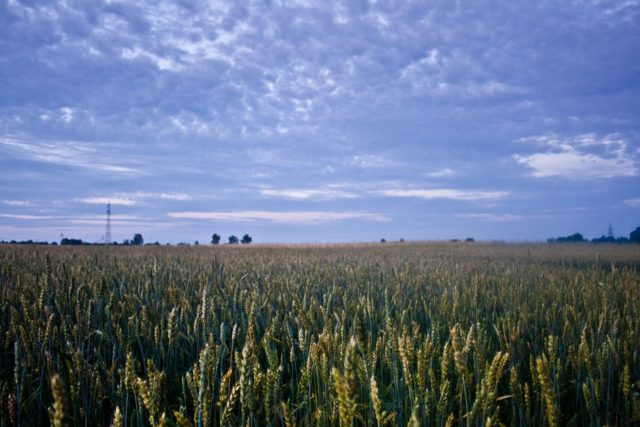 In these times,  when even farm lands are now quoted per square meter instead of by
the hectare, ordinary employees who aspire to get into farming often say they can’t do
so because they can’t afford to buy their own farm.

To which we often counter that you don’t have to own the land to get into agriculture,
whether in the urban area or out there in the province. In fact, even rich corporations opt to rent land for certain purposes rather than buy one. Renting land for farming has a number of advantages.

A new subsidiary of a big seed company from Thailand that is based in Tarlac City finds
it highly advantageous to rent a portion of a subdivision for its demo farm. The subdivision is big and has only a few houses built. It is strategically located because it is along the highway, hence very accessible and visible to passersby. Even if the company had enough money to buy its own demo farm, probably it will have a hard time looking for a place as strategic as the one in Brgy. Balibago, Tarlac City.

We also learned that a big seed company has been renting a 10-hectare property in
Bulacan for its experimental station. The company has found it to be more practical to
rent rather than tying up a big amount in valuable real estate.

How about ordinary employees? Can they go into farming on rented land? Well we know a lot of them and they are making good as farmers without their own land. One of them that comes to mind is Johnny Gatus, a former OFW who is renting land in San Rafael, Bulacan. When we visited him about three years ago, he planted 1,000 hybrid papaya trees in a portion of the rented property. Unlike other papaya growers, he sold green papaya instead of ripe fruits. Every two days, he was selling more than P2,000 worth of green fruits. Selling green fruits has its advantages. For one, the fruits are not yet damaged by fruit fly. For another, it is much easier to transport green fruits than ripe fruits because they are less prone to damage during shipment.

There are actually many farm lands out there that one can rent. To look for the best terms, you really have to go around and inquire from the most likely people who can help you. Just like a fellow who has been working for years as store keeper in the family’s hardware store. One day, he came to me for advice because he wanted to get out and do his own brand of farming. He is tired of attending to customers buying nails, shovel, plywood, and other construction materials. So we advised him to look for land that is for rent.

A few months later, the fellow came back to me to tell me about the good news. He found his dream farm for rent owned by a religious mission. He was so pleased with the terms so that he advanced the rental payment of P240,000 for four years for two hectares. There he grew hot pepper, eggplant, tomatoes, and other pinakbet type veggies. The advantage is that the place is already fenced, so it is secured. Electricity is available and there is also a source of water. These are very important in farming.

Another big time producer of vegetables on rented land is Nestor Kalaw of Lipa City. Last year, he and a partner made a killing from hot pepper. They were able to produce 300 kilos of hot chili in a small parcel that they rented. They were able to sell their harvest at P800 per kilo. Of course there are times when the crop is not as profitable. The following season, Kalaw and his partner planted 10 hectares to hot pepper. Because of the oversupply, most of their harvests fetched only P80 per kilo and some were even lower. Still there was some profit because the estimated cost of production is around P25 per kilo.

Corn farmers also rent land to produce more harvest. Just like a young couple from Cauayan, Isabela. They usually save most of their income from growing hybrid corn which they use to rent more land for planting their corn crop. That’s one way of accumulating more assets.

If one is lucky, there are even some lands that are for free use. Just like a subdivision of army officers in Batangas. The place has been well developed – fenced with well paved concrete roads, has water source, and electricity can be had. There was only one house that was constructed and most of the vacant lots were overtaken by weeds. When Benito Magaling of Lipa learned that one can use the lots for planting vegetables for free, he immediately applied for four hectares. He planted Diamante Max tomato which he harvested just before Christmas so that he got a high price for his tomatoes.

Now, you see. You can do your own brand of farming on rented land, and if you are lucky, you can use the land for free like Benito Magaling of Brgy. Pusil, Lipa City.

Practical tips on how to grow culinary herbs