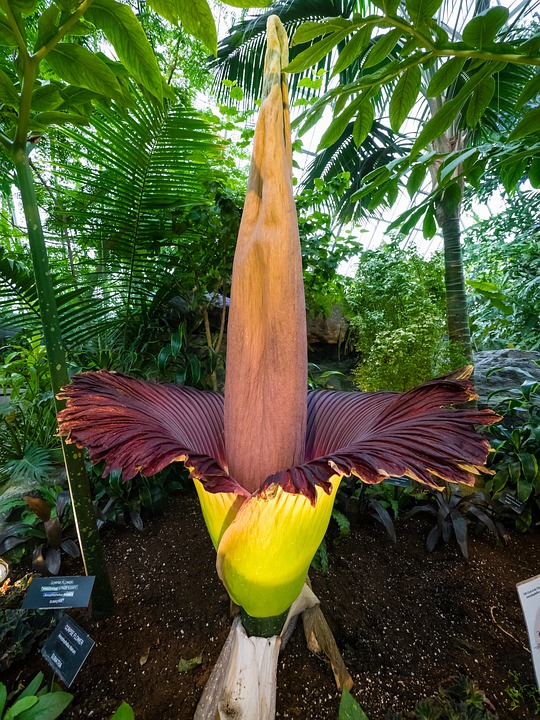 Summer in New York City (NYC) has officially begun because of the ‘comeback from the dead’ of the corpse flower (Amorphophallus titanum). The New York Botanical Garden (NYBG) reported that the stench of the corpse flower may be smelled (for those who dare) during its peak 24 to 36-hour bloom.

The corpse flower has been a long part of NYC since it used to be the official flower of the Bronx from 1939-2000. It was in 2016 when the corpse flower is said to be ‘resurrected from the grave’ when it bloomed again for the first time after 77 years. The malodorous plant takes seven to ten years to flower that lasts only up to two days; which is why people get curious and flock to NYBG.

NYBG explained that the flower grows four to six inches a day, and reaches around eight-feet in size upon maturity. Once the flower reached its peak growth, it heats up like a human body and that is when the stench is released – a foul lingering smell said to be comparable to a mixture of overcooked cabbage, unpleasant food, and rotting flesh.

So, would you want to experience a unique summer in NYC? Visit the NYBG and get a chance to smell this horrendous flower while it’s still in season!

Two books, one on farm recipes and one on rebels-turned-farmers, launched

Why people go into farming