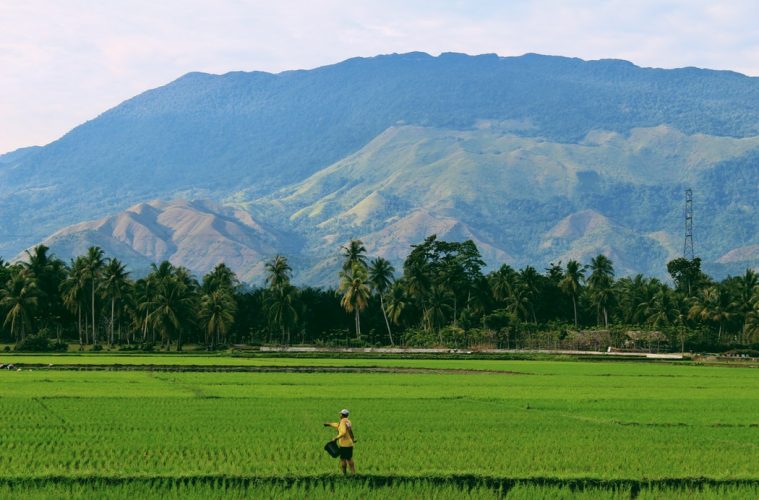 During our seminar/forum which we hold every Sunday in our farm, one lady wanted to know what are some of the traits that make agri people succeed in their farm projects.

Well, one of them is making a good deed into a habit. Something he or she would do regularly. We remember Pat Dugan, for instance. He is a long time friend who has been a weekend farmer for many years developing several hectares in Batangas that he bought as undeveloped land. He is an expert in forestry and agriculture and was running some reforestation projects funded by foreign donors.

One day, he attended our Saturday Agri-Kapihan at the defunct Manila Seedling Bank bringing with him a bag of big ginger rhizomes. He was so excited telling the attendees about his extra-large gingers. Chicken manure did it, he announced.

How? Well, as a full time office executive in the city, he visited his farm only on weekends. Every Saturday on the way to his farm, he would drop by a friend who had a big poultry farm. He would load his pickup truck with 10 sacks of manure, each weighing about 40 kilos. He paid only P20 per bag. When he arrived in the farm, his farm workers would scatter the manure everywhere even if the area is not yet planted. He had made it a habit to buy manure every Saturday for dispersal in his farm

It was such a doable habit that did not cost much, yet the benefits were unquantifiable. He said that the rhizomes that he brought to the gathering weighed two kilos and came from just one plant. Can you imagine how many tons of manure were spread on his farm because of his habit? More than 20 tons a year! And he did that for several years.

Another weekend farmer came to mind. His name is Leo who passed by our nursery every payday to buy five latexless jackfruit seedlings. He said he could easily plant the five seedlings when he arrived in his farm. Paying for the five seedlings was light on the pocket. But since he did the same thing every payday, he was able to develop a jackfruit orchard with 120 trees in one year.

Actually, it was the late Dr. Valeriano C. Calma who first explained to us the beauty of making a good deed into a habit. He was a professor at UP Los Baños who had become famous for having developed a model orchard out of a poor piece of land.

When we interviewed him in the early ‘60s, what impressed our young mind most was his advice that if you really want to succeed, you have to be systematic and consistent. To develop his farm, when he was just a young instructor with little money, he had to plant every day. He said that early in the morning before going to his class, he would rush to his farm near his home to plant at least one seedling.

If you just plant one fruit tree a day, he explained, at the end of one year you will have planted 365 trees. If you do that year after year you will become the owner of a big plantation.