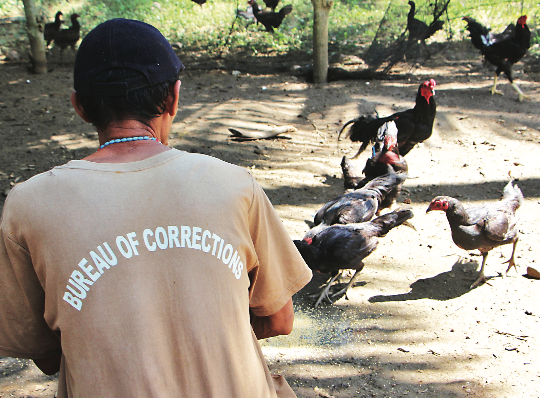 A new chicken strain is now bringing hope to select inmates of the San Ramon Prison and Penal Farm (SRPPF) in Zamboanga City, providing them with the proper knowledge which they can use after serving their sentences.

This came after the prison facility partnered with the Western Mindanao State University (WMSU) for the implementation of the “Evaluation of the Sustainability and Profitability of ZamPen Native Chicken Production as a Source of Livelihood in Rural Communities.”

The project, led by Western Mindanao Agriculture, Aquatic and Natural Resources Research and Development Consortium (WESMAARRDEC) Director and WMSU Vice President for Resource Generation Dr. Teresita A. Narvaez, is a science and technology (S&T) program of the purified Joloano strain chicken which has been validated for its breeding efficiency, production performance, and economic viability at the SRPPF. 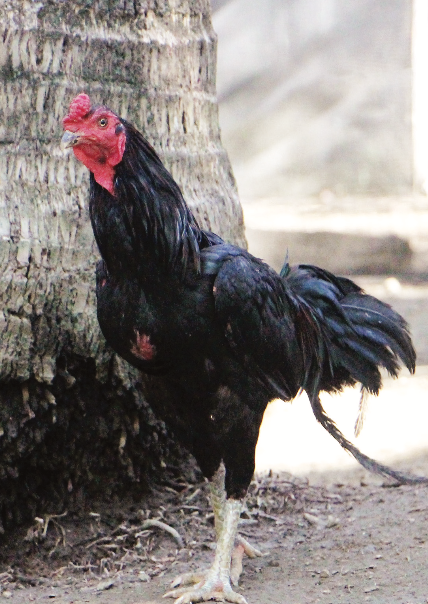 The ZamPen or Zamboanga Peninsula native chicken is a product of a purification process of the “Joloano” chicken.

The project, which seeks the development of the chicken strain, is part of the Industry Strategic S&T Program (ISP) on Native Chicken that is initiated by the Philippine Council for Agriculture, Aquatic and Natural Resources Research and Development of the Department of Science and Technology (DOST-PCAARRD).

Based on the project, the ZamPen native chicken raised at the facility is found to be more profitable by 26 percent on hardened chicks, and 86 percent on slaughtered chicken, including its fertility and hatchability, as well as 90 percent survival rate. This can be attributed to the local feeds produced by the inmates that were used to supplement by 50 percent the feed requirements of the chickens.

The ZamPen or Zamboanga Peninsula native chicken is a product of a purification process of the “Joloano” chicken, which is primarily cared for in the area.

Under the project, at least 30 qualified inmates under the minimum security prison were trained and employed in the farm.

According to Wilfredo B. Castillo, the SRPPF’s project staff for the ZamPen program, the selected inmates are scheduled to be released within two years.

A total of 150 heads of hardened chicks were initially provided from the native chicken station of the WMSU College of Agriculture (WMSU-CA).

The inmates then planted leafy vegetables to provide additional feeds for the flocks.

Following the implementation of the project, the production performance of ZamPen native chicken cared for by SRPPF and those cared by WMSU-CA were compared. 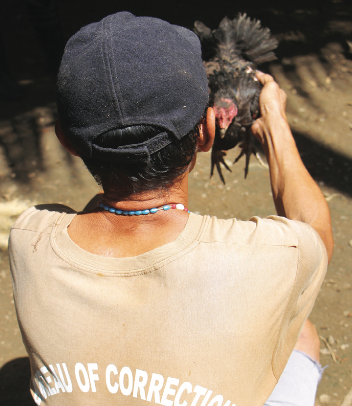 The inmates were provided with technical assistance and other support services in the operation of the project, and in the marketing of live, dressed, and other native chicken products.

The average weight for day-old and 21-day-old chick is higher at the SRPPF by 20 percent and 14 percent, respectively.

SRPPF recorded a higher net income for slaughtered chicken with a net profit of P143.78 per head, higher than WMSU-CA, which was sold at P77.28 per head.

The higher income was credited to the feeding system adopted by the inmates, which resulted in higher weight gain.

Commercial feeds were minimized with the use of home-grown vegetables and kitchen leftovers.

The project was able to post a total sale of P194,745 for breeder chicks and meat.

So far, a total of 15 inmates who participated in the project and have already served their sentences, were able to bring home five hens and one rooster each to start their own native chicken backyard farms.

This brings to 78 the number of inmates who were capacitated since the initiative was implemented at the facility.

The fruitful result of the project was highlighted during the two-day ZamPen Native Chicken Farms and Industry Encounters through the Science and Technology Agenda (FIESTA) which was recently held at the WMSU, spearheaded by the WESMAARRDEC.

During the event, DOST-PCAARRD acting executive director Reynaldo V. Ebora explained the importance of the FIESTA as a DOST-PCAARRD technology dissemination platform.

Ebora also affirmed the DOST-PCAARRD’s commitment to continue its support on programs and projects on the Council’s focused commodities with its partners, especially the state colleges and universities (SUCs) and the local government units (LGUs).

“With your help, DOST- PCAARRD will continue to develop and promote the adoption of science-based know how and tools that will enable the agricultural sector to raise its productivity and alleviate poverty, especially in the countryside,” Ebora said.

During a visit to the SRPPF, one of the beneficiary-inmates said the project brought a new meaning to his life, adding that the knowledge he learned from the initiative would prepare him to face the unforeseen challenges of the outside world. 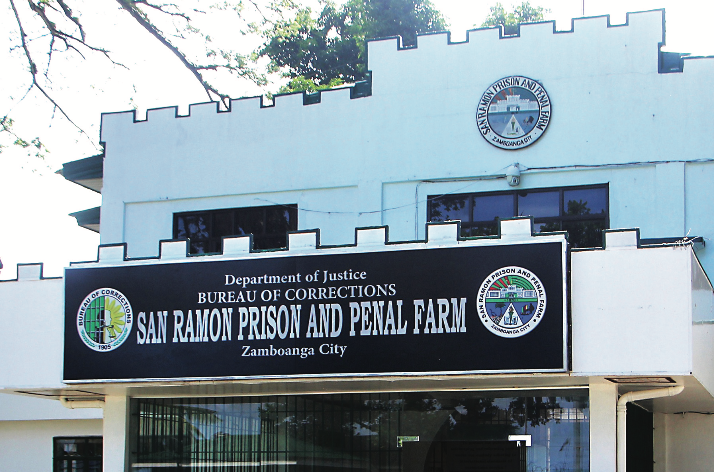 Inmates at the SRPPF who benefited under the project are expected to develop a sustainable livelihood once they leave the facility and reintegrate into the community.

Officials at the SRPPF said, the inmates who benefited under the project are expected to develop a sustainable livelihood once they leave the prison facility and re-integrate into the community.

The inmates were also provided with technical assistance and other support services in the operation of the project, and in the marketing of live, dressed, and other native chicken products.

Incidentally, the project topped the Development Category during the National Symposium on Agriculture, Aquatic and Natural Resources Research and Development (NSAARRD) which was held at the Philippine International Convention Center (PICC) last June 20.

More than just a research study, the project served as rehabilitation for the inmates to become productive while serving their terms.

The results of the study paved the way for it to win first place during the NSAARRD evaluation in the national development competition with a cash prize of P150,000.

Meanwhile, the ISP on Native Chicken aims to develop four native chicken strains (Darag, Camarines, Boholano, and ZamPen) to improve their profitability for rural farmers in Regions 5, 6, 7, and 9.

As product of careful research, these four strains of native chicken are characterized with a more uniform physical appearance, predictable performance, and consistent product quality.

Ebora says that the purification resulted in higher production performance in terms of age and weight, age at point of lay, eggs produced per hen, average egg weight, hatchability, plumage uniformity, and survival rate of breeder chickens based on recent studies.

He added that ZamPen is also expected to benefit the other small farmers in the Zamboanga Peninsula.