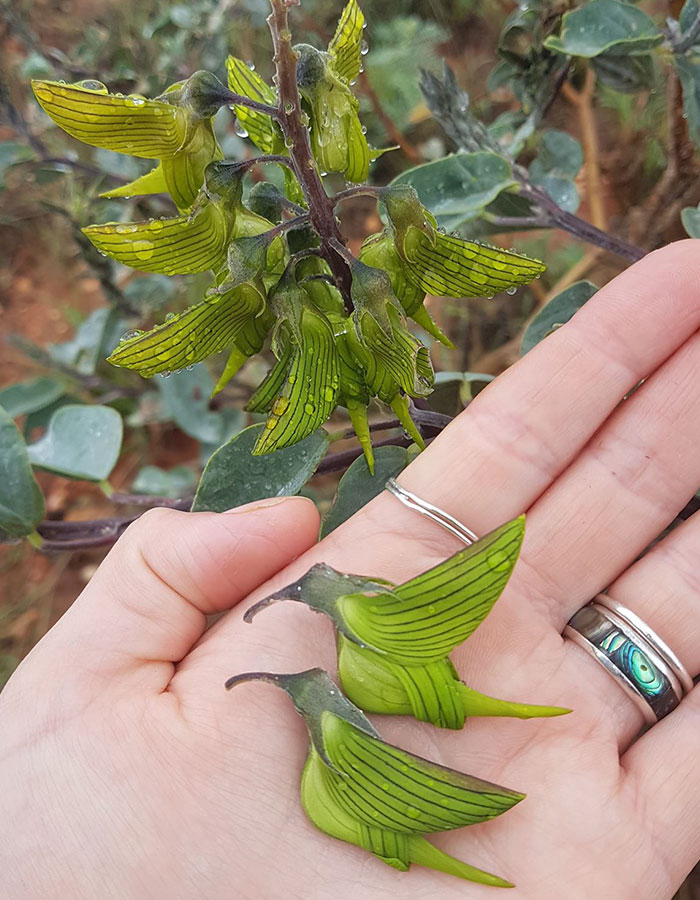 Have you ever see something that isn’t really what it is? How about seeing a flower that looks like a bird? A user in reddit, OctopusPrime, shared a photo in the community that confused many netizens. Under the thread ‘NatureIsF**kingLit,’ people discussed about the plant which flowers look like miniature hummingbirds. The post blew with around 48k upvotes and -400 comments.

Users argued whether people see it as a Batesian mimicry (an animal mimicking a noxious organism to be hidden from predators), a pareidolia (human’s tendency to see patterns on random objects), or simulacrum (a representation of someone or something). Other users debated that the plant only looks like a bird to humans but not to other organisms like butterflies, bees, and birds themselves. Photos in different angles were also posted by users to prove that the flowers don’t look like birds all the time.

Well, the plant that caught everyone guessing is known as Crotalaria cunninghamii, a plant native to inland northern Australia and was used by Aboriginal people to cure eye infections. And since the name was hard to pronounce, people call these flowers ‘green birdflower’ or ‘regal birdflower.’ They grow in sandy areas such as in beaches, and in Mulga communities.