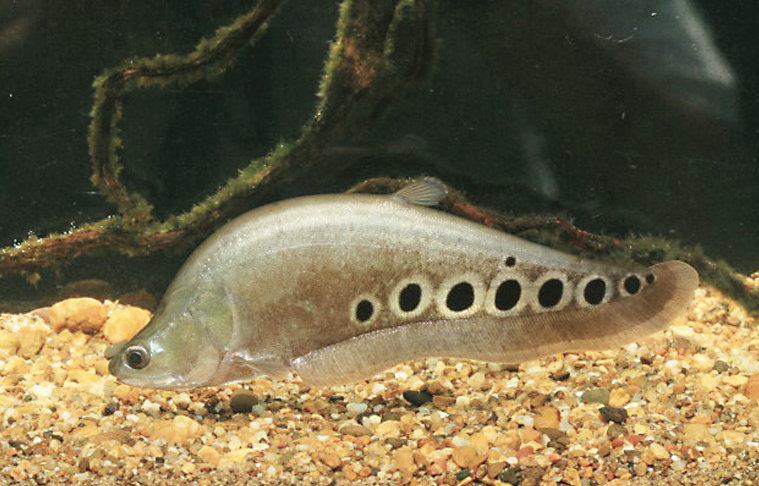 The university of the Philippines Los Baños (UPLB) Limnological Station published a technical bulletin titled “Biology of Knifefish (Chitala ornate) in Laguna de Bay” to help fisherfolk and the general public understand the biology, behavior, and movement of this invasive species.

According to the bulletin, knifefish exhibits seasonal spawning, with March-May as the peak period. The parent fish creates a nest or pit around the bamboo pole where the eggs are attached and one or both parents guard the nest until the eggs are hatched. The parental care ensures that most of the eggs survive which contributes to their reproductive success.

Physical removal such as harvesting and overfishing are effective in controlling the knifefish population. However, control by harvesting can be most successful prior to spawning and during schooling of juveniles.

The stomach content of knifefish shows that small-sized fish feed primarily on shrimp such as ‘yapyap’ and ‘hipon’, while large-sized fish feed more on fishes. Based on their feeding behavior, baited fishing methods such as ‘kitang’ (longline) is effective for catching. The recommended schedule for catching is from 4 to 7 am or 7 to 10 pm, the period which coincides with their feeding.