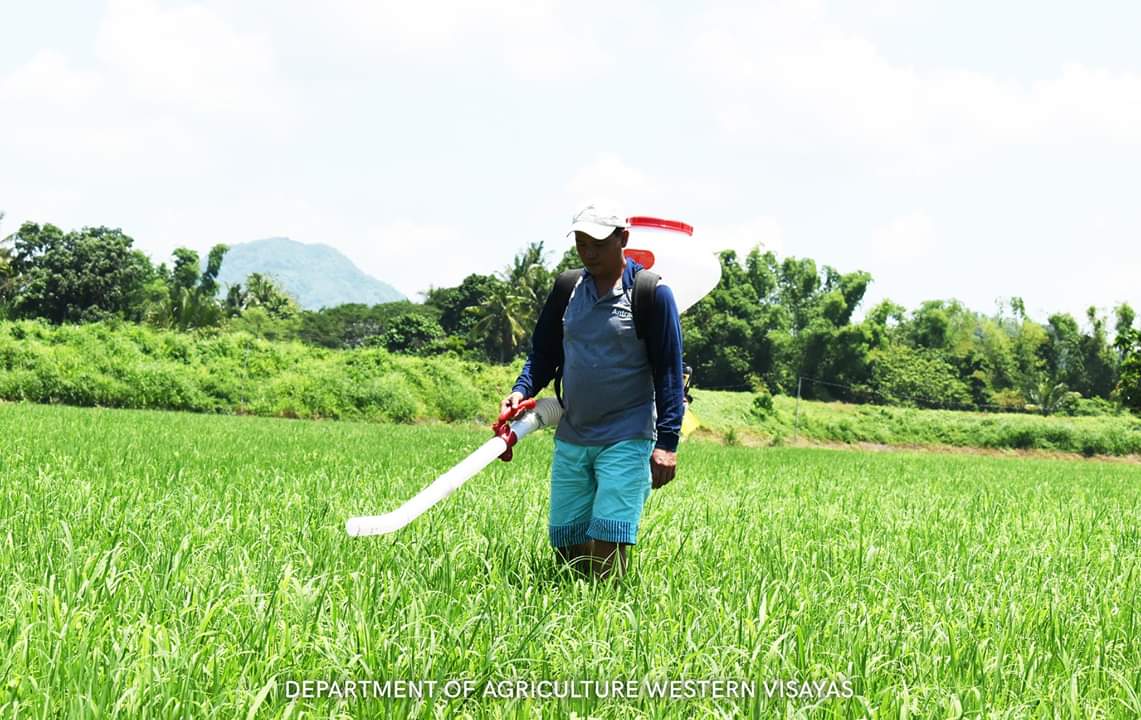 ILOILO CITY— From April to June, the Department of Agriculture (DA) Western Visayas has already distributed a total of 873 units of granule applicators to different farmers’ associations in the region. The DA Rice Program is yet to turn over the remaining 608 units this year.
Granule applicators are used for precise distribution of seeds, fertilizer, and pesticides in the farm. This knapsack-type farm mechanization equipment has 26 liters tank capacity and it is powered with a gasoline engine.
Rice farmers of Banate, Iloilo were among the initial beneficiaries of granule applicator last April 5 at Western Visayas Integrated Agricultural Research Center, Jaro, Iloilo City. They received the equipment along with the farmer-beneficiaries from Badiangan, Estancia, Janiuay, and Leganes.
According to Sanly Galvez, agricultural technician of Banate, members and non-members of the nine farmers associations can utilize the 11 units of granule applicator in their rice farming.
“As of now, members of farmers and irrigators’ associations in Brgy. Merced Carmelo, Bariga Magdalo, and De la Paz have already used the granule applicators in their seed establishment,” he said.
Yancy Espinosa, chair of the Municipal Agriculture and Fishery Council of Banate, shared that using the granule applicator, they were able to broadcast two bags of inbred rice seeds for 25 to 30 minutes per hectare.
“In Brgy. Merced Carmelo, we have about 227 hectares of irrigated rice land. Sowing the seeds, applying fertilizer and spraying herbicides will be easy and convenient for us to do with this granule applicator,” Espinosa went on.
On the other hand, Leo Palmes of De la Paz Farmers Association said “with the use of granule applicator, I was able to reduce the farm labor cost and speed up our farm activities.”
The DA Western Visayas evenly distributes granule applicators to the six provinces of the region. This P50,000.00-worth of farm equipment is preferably given to areas with Rice Model Farms.
Prior to the distribution of the equipment, farmers were trained on the operation and maintenance of the granule applicators.
For more information, visit the Department of Agriculture – Region 6 (DA-6).

Do you think Agriculture should be included in school curricula?