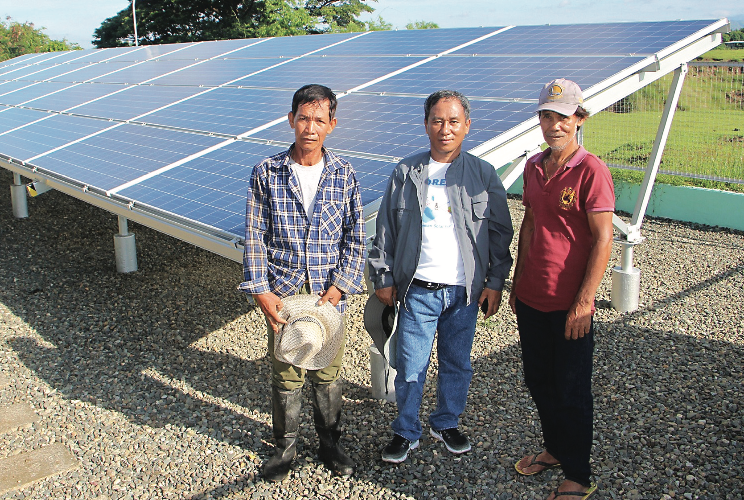 Just several months following the completion of a solar-powered irrigation system in a remote barangay of Llanera in Nueva Ecija, farmers have already started to benefit from the facility, allowing them to expand their production areas.

Members of the Caridad Norte and Sur Irrigators Association (CNSIA) claimed that the facility accorded them the opportunity to expand their ricefields from 100 hectares to 200 hectares due to the sufficient water supply coming from the solar-powered pump.

During a recent visit to the facility, CNSIA vice president Roger Bautista proudly said majority of their members have become more active in tilling their farmlands, which formerly depended on rainwater alone.

Following the completion of the solar-powered irrigation system in Llanera, Nueva Ecija, farmers have already expand their production areas.

This was even attested by Llanera municipal agrarian reform officer (MARO) Elizabeth Pacada, saying that from the former 70 hectares of vegetable plantations, they were able to expand the said area to 100 hectares, providing additional income to the local vegetable farmers.

The SPIS is a pilot project of the DA Regional Field Office 3 (DA-RFO 3) in Llanera to enhance and sustain rice production in the highland rainfed areas of the municipality.

According to the DA-RFO 3, the solar facility, which is claimed to be the “first and biggest” of its kind in Luzon, was constructed and installed by Bacolod City-based R.U. Foundry and Machine Shop Corporation (RUFMSC), a proponent for the development of agriculture in the country.

CNSIA president Paulino Mimis also said that more than 125 rice farmers who are members of the cooperative can now cultivate more crops with the completion of the solar-powered irrigation system which the DA implemented. 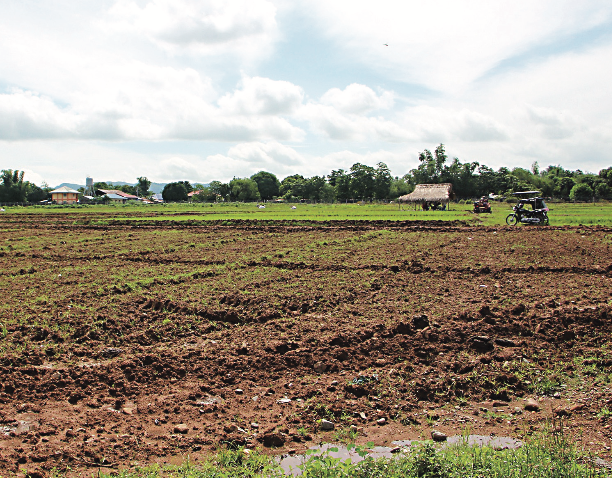 Formerly a barren land, this portion in Barangay Caridad Norte can now be used as a productive farmland due to the solar irrigation facility.

Composed of 140Lorentz solar panels, a 40-horsepower Lorentz submersible pump, state-of-the-art electronic control devices, highly-reliable flow meter gauge, concrete storage tank, and irrigation distribution pipelines, the R7 million facility is expected to supply the water needs to irrigate some 50 to 70 hectares of farmlands, in a rotation basis, in Caridad Norte and Caridad Sur, which formerly depended on rainwater only.

According to Pacada, access to irrigation water is the key for many small farmers in Llanera to sustain their livelihoods and attain food security.

In areas like the said two barangays, solar-powered irrigation facilities are increasingly and continuously in demand in order to provide a cost-effective and practical solution to boost agricultural productivity.

Pacada added that the municipal government has also started to benefit from the facility in terms of saving the fuel subsidy it provides to the barangays of Caridad Norte and Caridad Sur for their diesel-powered irrigation pump.

With lack of electricity, diesel-operated water pumps are usually used to pump water for irrigation purposes.

But the use of diesel-powered engines has several disadvantages like the ever-increasing prices of fuel which will directly affect the economic success of the farmers, and of course, its harsh effect on the environment.

Renewable energy options, like the solar-powered irrigation system is a very promising solution to help attain sustainable agriculture in the countryside.

In the barangays of Caridad Norte and Caridad Sur, the availability of irrigation water formerly depended only on monsoon rains or the power needed to operate water pumps.

“We thank the Department of Agriculture headed by Secretary Manny Piñol because we can now have a second cropping. If there is no irrigation, we will have no income and this solar pump is a big help to us since we will not be using diesel anymore,” Bautista said in the local vernacular. 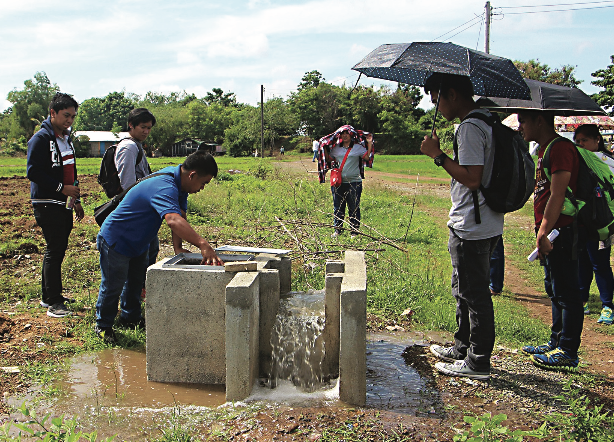 DA officials and personnel coming from the different regions and provinces of the country saw how water was efficiently distributed in the community.

The visit to the facility coincided with the “Pilot Performance Assessment of Solar-Powered Irrigation System” which was recently initiated by the DA-RFO 3 in San Jose City, Nueva Ecija.

The two-day event was attended by various DA officials and personnel coming from the different regions and provinces of the country.

Following the seminar proper and familiarity on the project, the participants were brought to the solar-powered irrigation facility in Llanera to conduct actual data gathering, and hands-on operating procedures under the guidance of RUFMSC project engineer Fred Lista and RUFMSC civil works engineer Marvin Gonzaga.

Solar-powered irrigation systems are designed to help farmers in the remote areas to irrigate their farmlands, which will eventually increase their production during the dry months.

Solar-powered irrigation facilities will also enable the farmers to shift from expensive and pollution-causing diesel-powered pumps to sustainable and efficient water sources.

Aside from providing water for irrigation purposes, the system can likewise be used to supply water in hard to reach communities, which the farmers can use to venture into livestock raising and vegetable gardening.