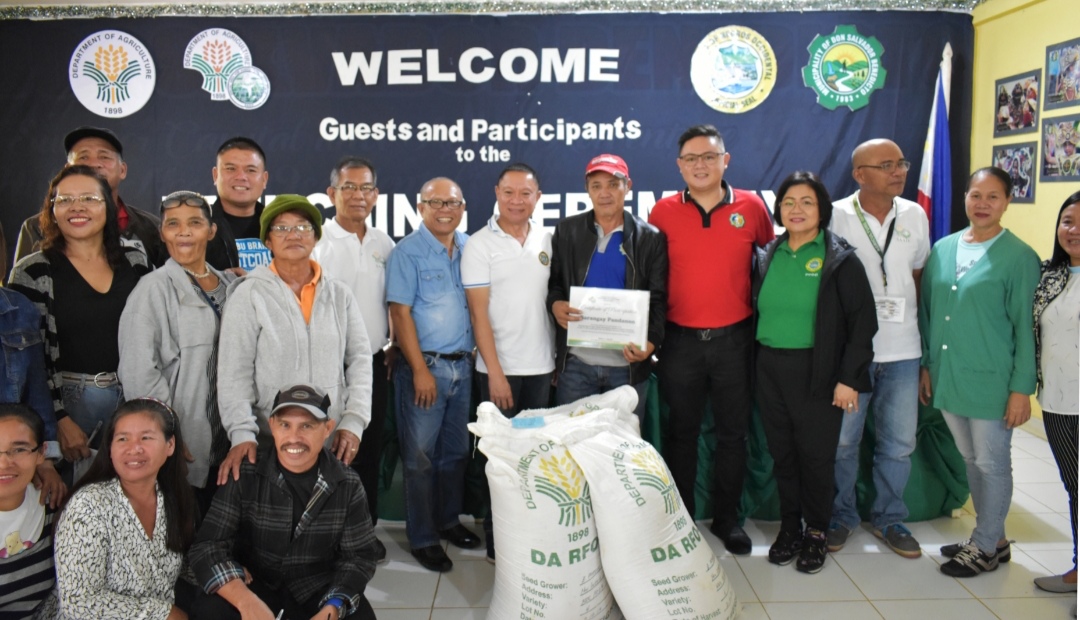 Members of the 27 farmers’ organizations in Don Salvador Benedicto, Negros Occidental will benefit from the P15-million worth of livelihood projects to be implemented under the Department of Agriculture’s (DA) Special Area for Agricultural Development (SAAD) Program.
The town is among the three pilot sites of SAAD in Western Visayas this year along with San Remigio and Laua-an, Antique, according to Dominador Marquez, OIC-chief of the DA Region 6 Field Operations Division.
Of the total amount, P5.4 million will be used for the development of rice farming; P1.6 million for corn; P1.9 million for lowland vegetable production; P1.3 million for draft animals with implements; P2.7 million for goat production; and the rest for the banana, coffee, cacao, and native chicken raising.
“The ultimate objective of SAAD is to reduce poverty of our farmers in compliance to the mandate of President Duterte of making food available and affordable for every Filipino,” said Marquez during the program launching, July 15.
Marquez shared that SAAD is a pet project of DA Secretary Manny Piñol which started in 2017 in Mindanao.
“Based on statistics, many of our farmers here still need the interventions of the Department of Agriculture. In the SAAD program, we will be prioritizing farmers who have not yet accessed support from DA,” he added.
Aside from DA, BFAR is also willing to provide support for inland fishery projects. The Philippine Crop Insurance Corporation (PCIC) programs will also be there to protect and compensate farmers’ crop loss due to weather and pest incidence.
“We are gradually preparing you to become sustainable in terms of [managing] community-based enterprises even after the SAAD program,” Marquez told the farmers of barangay Bago, Bagong Silang, Bunga, Igmaya-an, Kumaliskis Pandanon, and Pinowayan.
On the other hand, Atty. Japhet Masculino, the provincial agriculturist of Negros Occidental, urged farmers to organize and strengthen their associations so they can directly sell their products to institutional buyers and even government agencies like Department of Education
“Let us not only focus on the yield because the bottom line is income,” said Mayor Laurence Marxlene Dela Cruz who also mentioned that Don Salvador Benedicto has export-potential agricultural commodities. These include pineapple, banana, peanut, ginger, coffee, and cacao.
Eighty-four heads of goats and 519 bags of certified seeds of palay are set to be distributed to the beneficiaries within this month.
For more information, visit the Department of Agriculture – Region 6 (DA-6).