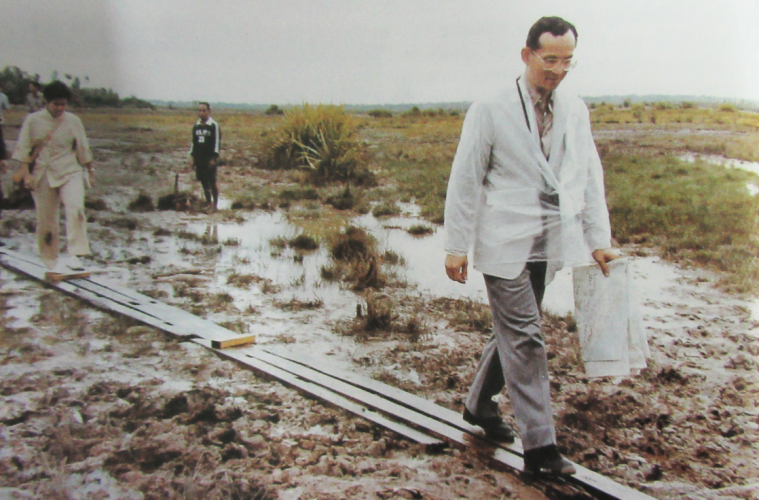 When we saw the portrait of the late King Bhumibol Adulyadej of Thailand at the recent Sima Asean Agribusiness trade show in Bangkok, beautiful memories of our visits to some of the King’s projects came back to mind. We really admired the late monarch for his many initiatives in sustainable agriculture, forestry, fisheries, and the environment.

On two occasions, we were able to tour his Chitralada projects in the 100-hectare villa where the royal family’s palace in Bangkok is located. As early as the late 1950s, a big portion of the Chitralada Villa was converted into some kind of an agricultural research station with the King having hands-on involvement.

Filipino politicians and private individuals are not exactly right when they say that the Thais learned how to produce rice from Los Baños and the irony is that we have been importing rice from Thailand for so many years. No, as early as the late 1950s, the King had initiated the collection of various strains of rice from different parts of the country and field trials were conducted at Chitralada to select the best ones. The best rice farming practices were also disseminated. During the traditional yearly Royal Ploughing Ceremony in May, just before the rains came, the best seeds were distributed to the farmers for them to plant in their farms. At the Chitralada, high production was not only the goal. They also experimented on adding value to farm wastes like the husks which were turned into briquettes for industrial fuel. 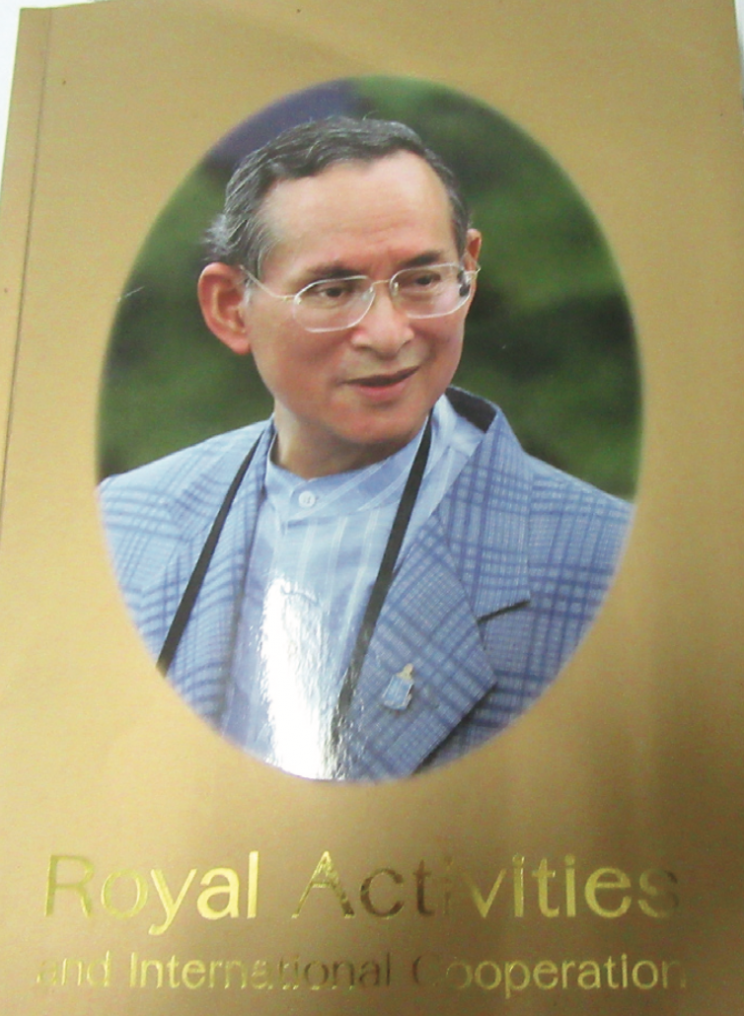 The late King also played the most important role in promoting dairying in Thailand. It all started when the king of Denmark gifted the Royal Couple with a few head of dairy cattle. King Bhumibol got so interested in milk production that he inspired the Thai scientists to eventually develop a Holstein Friesian breed that is adapted to the tropical climate of Thailand.

It did not take long for the Thai farmers to get into serious dairy farming. And soon there was surplus milk being produced. So, what did King Bhumibol do? He established a milk processing plant at the Chitralada Villa where farmers sold their excess milk. The facility processed the milk into bottled fresh milk, yoghurt, cheese, ice cream, powdered milk and even tablets. Small packs of milk tablets are very convenient for school children to bring with them to class.

The Nongpho Dairy Cooperative in Ratchaburi province is Thailand’s biggest dairy co-op and is under Royal Patronage. In 2017, it was reported to have sales of its products amounting to 3-billion baht. The King was said to own about half of the co-op’s shares of stocks.

In the briefing that we received during our two visits to the co-op, we learned that King Bhumibol gave back much of the dividends he received to the co-op for the scholarship of the farmers’ children, for research and development, and for extension work.

The Nongpho co-op had 5,000 dairy farmers as members during our first visit about seven years ago. They were taking care of at least 50,000 dairy cows.

When we asked our companion from our Department of Agriculture how many dairy cows we had in the Philippines, we were told that we had at that time more or less 40,000, about 17,000 head of which were in the milkline. “Wow,” we were virtually floored and blurted, how we wished we also had a king in the Philippines who could have done the same as King Bhumibol to our own milk industry.

Aside from rice and dairy projects at the Chitralada Villa, King Bhumibol initiated development projects as early as 1961, including experiments in mushroom production, fish culture, forestry, energy, and other interrelated matters.

From the second floor of the reception hall where visitors are given a briefing on the various activities in the Chitralada projects, we saw a pond stocked with fish (tilapia). All around the edge of the pond, Vetiver grass was planted to keep the soil from being eroded. 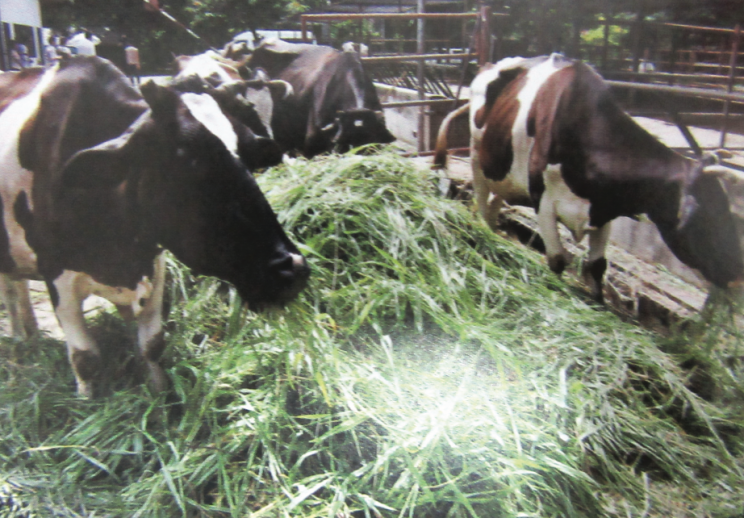 The Thai King’s initiative in dairying once resulted in a surplus of milk production.

It turns out that Vetiver grass was the King’s favorite plant for his soil conservation projects.

Several varieties have been collected which were used in soil conservation projects in the countryside, especially in sloping terrains. This grass develops long roots that enable it to survive very dry conditions and hold erosion in check. One Vetiver variety produced long leaves which were used by the womenfolk to make bags, baskets and mats.

The King was so proud of his Vetiver advocacy that forums on the grass were held a number of times attended by international visitors. He wanted to share his advocacy to other parts of the world. Vetiver grass helps conserve soil and water.

The King also initiated tissue-culture production not only of orchids but also of fruit trees. One example is a superior variety of jackfruit that was propagated through tissue culture.

Among the notable projects of the King in the rural areas are the so-called Royal Development Study Centers (RDSCs) where the expertise of scientists in the government agencies and private experts are harnessed to come up with practical solutions to problems confronting farmers.

The first RDSC, the Khao Hin Son, was established in 1978 in the province of Chachoengsao which was plagued with illegal logging leading to deforestation. The soil had become so poor that only cassava could be grown. So what was done? The experts conducted research to rehabilitate the soil and restore the balance of nature. The findings of the studies were disseminated to the farmers to improve their farming, eventually improving their income. The farmers were trained on land development, agricultural education, extension, forestry, livestock, fisheries and community development and promotion of cooperatives.

In another area, the problems were somewhat different. In the Huai Sai RDSC in the west coast of the Gulf of Thailand, the problems included excessive use of pesticides and wrong farming techniques which rendered the land unproductive. Again, the right solutions were developed and disseminated to the farming population. The planting of Vetiver grass was promoted to check soil erosion and make the land productive. The Huai Sai RDSC was established in 1983 covering an area of 2,500 hectares. Today, the farmers have become self-sufficient, according to a report.

Four other RDSCs were established in places where the communities faced challenges like mangrove deforestation, intrusion of salt water in agricultural lands, and other problems. In the course of developing practical solutions, diversified farming was promoted so that the farmers did not only depend on rice as their source of income. They were taught to produce baby corn, raise silkworm in their backyards, raise livestock, and engage in cottage industries.

Overall, the RDSCs helped rural people become more enterprising and self-dependent. The Centers significantly improved the people’s economic status. And that is just one of the reasons why we admire the late Thai King.