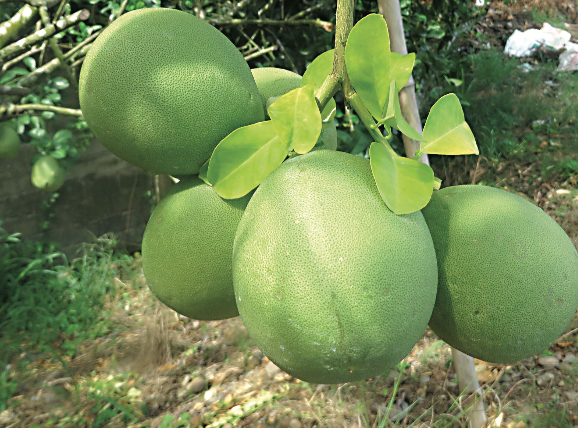 Different agri people have their own bright ideas in getting into farming. We remember Alfredo Rivera whom we interviewed in his farm in Calinan, Davao City in 1997. At that time, he had planted a 20-hectare raw land that he bought in 1993.

In the Philippines, a 20-hectare orchard is already considered big when undertaken by one individual. Mr. Rivera had planted 1,200 trees of Magallanes pomelo which he intercropped with 2,000 calamansi trees.

He also had planted 1,000 grafted durian, 3,000 lanzones, 1,000 mangosteen, and 200 Maharlika rambutan. Aside from fruit trees, he had planted 10,000 Acacia mangium and other forest trees that serve as windbreak for some of his fruit trees.

Fred was very confident in his orchard project because he already knew the ins and outs of marketing fruits. How? Well, through hands-on experience.

Fred is an agriculturist who earlier worked for a banana company. Then in 1980, he decided to go into the trading of pomelo, rambutan, and lanzones. He bought the harvests of growers in Davao City and sold the same to traders in Davao City, Manila, and Iloilo, where he came from.

He explained that the trading experience gave him the opportunity to know the reliable buyers and also learned the ins and outs of marketing fruits.

That market knowledge prompted him to rent some neglected orchards for production of fruits, which he would in turn, supply to his network of buyers. Although he has had some bad experience in renting fruit farms because of calamities like brush fires that destroyed entire crops, the idea was still very viable, according to him.

Rivera pointed out that many landowners who planted pomelos, rambutan, lanzones, and the like in their farms didn’t have the time and know-how to make their trees productive. Thus, it would be better for them to rent them out to people like Fred who knew how to take care of the trees.

One of the orchards he rented was a farm with 500 pomelo trees. He paid the owner P60,000 a year and then spent about P200 per tree per year to maintain and make them fruitful. This required some capital, but in the end, it was still profitable, according to him.

Rivera’s experience in trading and renting other people’s farm gave him the confidence to go full time in a relatively big orchard operation on his own.

Well, the strategy worked for him. Maybe others can do something similar.