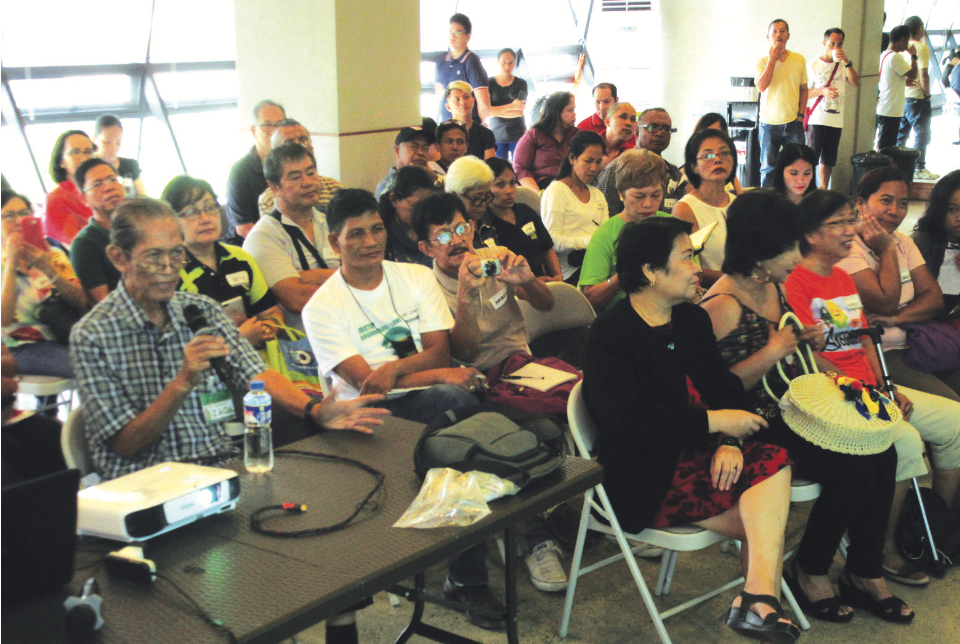 In August 1986, we started the Agri-Kapihan for our own “selfish” reason. So far, it has worked fine to this day, helping spread practical farming and gardening techniques to whoever is interested in these pursuits. (For its new focus on entrepreneurship, it has been renamed Agribiz Kapihan.)

What was our selfish reason? Well, at that time, we were asked to take charge of the Agriculture Page of the newly revived Manila Times which was then edited by our friend, Ben Afuang. We thought that if we were to handle the Agriculture Section, we should be able to meet people who are engaged in farming as well as those who are aspiring to become farmers and/or gardeners.

We floated the idea of a Weekend Farmers’ Association in our initial issue of the Agriculture Section. One of the suggestions came from the late Ben M. Domingo, one of the founders of East-West Seed Company. Instead of a Weekend Farmers’ Association, he suggested a weekly Agri-Kapihan, a forum where resource persons can conduct lectures and demonstrations. It could also be a forum where the farmers can talk about their own experiences, the challenges they faced, as well as the triumphs achieved.

For the first session, we requested the management of the Aristocrat Restaurant on Quezon Avenue near EDSA in Quezon City, for the use of their place as venue. They did not charge us anything, and if they did, we would not have the fund to pay for the use of the place. We told the management that perhaps the attendees would be taking their meals and that would be their compensation. Which they appreciated.

And so, the first session was held on August 2, 1986. We announced that in our column and do you know how many attended? The restaurant could not accommodate all the attendees. Ramon Mitra, then Minister of the Department of Agriculture, brought his staff with him. And so many other aficionados came to the forum.

Because the Aristocrat Restaurant was too small for the gathering, we talked to Chito Bertol of the then Manila Seedling Bank who gave us the seed-sowing barn as venue. So many again attended the second session, some of them bringing their own chairs. Then there were volunteers who contributed benches for the attendees.

We explained the concept to the attendees, saying that the Agri-Kapihan is not an organization. There is no membership requirement nor a fee to become a member of the group. Therefore, there are no funds to keep; that way, there is no money to quarrel about. There are also no officers so there are no elections. Anyone can enter the session anytime and get out anytime he wishes.

There was a caterer to serve breakfast. But whoever wanted to eat had to pay what he ordered. No sponsors. That was very clear and the attendees loved that.

We did not pay the speakers who lectured on various topics. They did not mind at all. They were just too willing to share their know-how without expecting any payment. And there were even more speakers who offered to give lectures who could not be accommodated in one session, that is, from 8 a.m. to 12 noon.

To this day, the Agri-Kapihan is very much alive. It has now been adopted by the Harbest Events Center at the Rizal Techno Park in Taytay, Rizal. Thanks to Toto Barcelona who offered to use his building as venue for free. And so the sharing of farming technologies continues.

For lack of space, we will write more about the beautiful experiences at the Agri-Kapihan some other time. Agribiz Kapihan is now held every Saturday from 8 a.m. to 12 noon at the Harbest Events Center, Rizal Techno Park, Taytay, Rizal.

Do all flowers look and smell nice?

So you want to start your own dream farm﻿