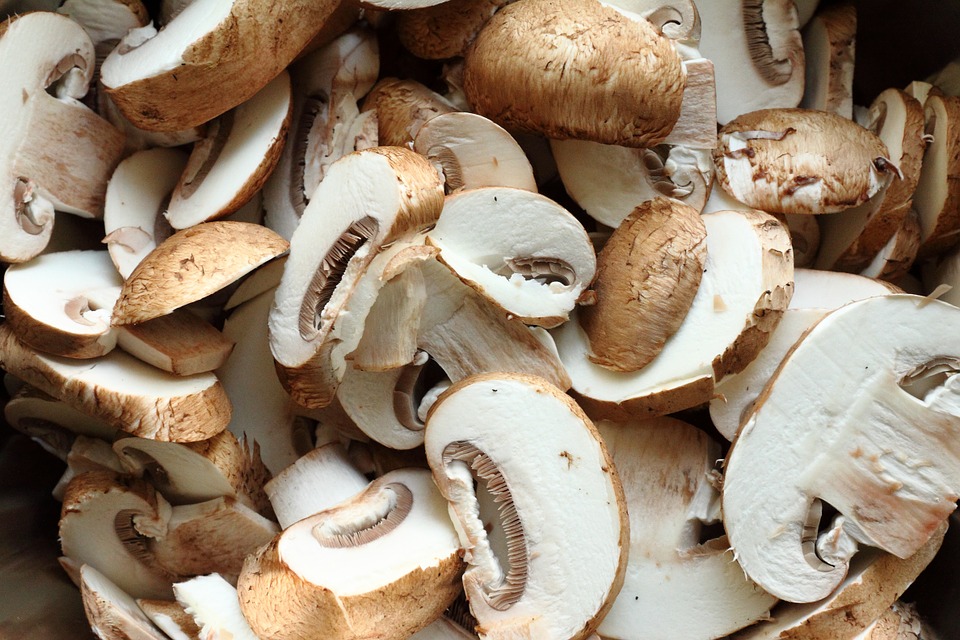 Opportunities sometimes appear out of nowhere–just like the mushroom business of Pansinao Parent Agriculture Association (PPAA) in Candaba, Pampanga.

Not your typical crop

Farmers in Candaba usually plant rice during the wet season, while corn is usually planted during the dry season. What bothers Marivic Manalastas and her husband are the corn stalk and rice straw residues during harvest time.

According to the Philippine Statistics Authority, around 19 million metric tons of rice straw is produced in 2017. Considered as waste by many, this rice straw resulted in open-field burning. 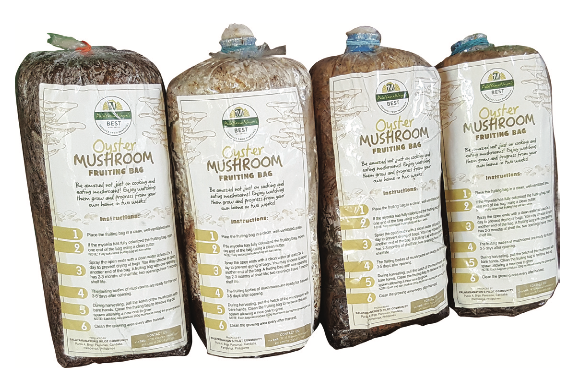 Each fruiting bag can yield 1.6 kilos of mushroom for three months.

But not in the case of PPAA members who have learned to use rice straws as substrate in mushroom production. Thanks to the community-based agro-enterprises initiative of PhilRice in partnership with the Department of Agriculture Regional Field Office III (DA-RFO III).

“Though mushroom has many health benefits, only a few in Pansinao know about it,” Manalastas said. She added that they were a bit skeptical to start the mushroom enterprise owing to its unpopularity.

Despite their skepticism, Manalastas and others were trained by PhilRice and DA-RFO III on rice-based food products, rice art workshop, and mushroom processing. They were taught how to prepare rice-straw fruiting bags, pasteurize to eliminate unwanted organisms and avoid contamination, and spawn mushroom fruiting bags. “We were taught from producing fruiting bags to harvesting our own mushroom,” Manalastas said.

More than a capacity enhancement

Aside from the usual training on producing mushroom, they were also taught how to market their produce. In addition, they were able to visit PhilRice’s mushroom site under the Palayamanan project, and a successful mushroom grower in Lupao, Nueva Ecija. According to Manalastas, their visits gave them the courage to pursue mushroom production as they have witnessed the project’s feasibility. 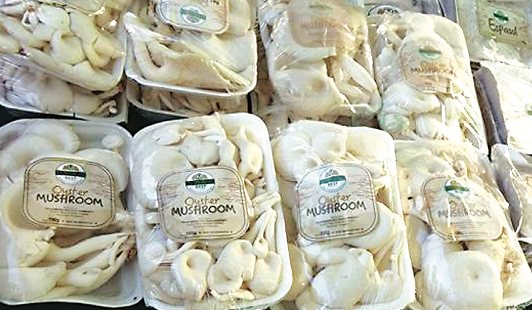 PPA Association in Candaba, Pampanga sells their fruiting bag at P35 each.

“The group of Irish Duran from PhilRice taught us strategies on how to market mushroom,” Manalastas recalled. They were also trained on how to introduce mushroom to their neighbors and shared its nutritional benefits. Manalastas added that the training gave her the confidence to sell mushrooms.

Community-based enterprise is part of the PalaYamaNayon project of PhilRice. It aims to enable positive and relevant change in the farmers’ perceptions, attitudes, practices, skills, and life chances with rice-based agriculture as the driver of inclusive and sustainable growth in rural farming areas. PalaYamaNayon project gave birth to RiceBis. It is one of the new programs of PhilRice.

From producing to marketing and earning

Mushroom production in Pansinao led the formation of PPAA. Now, they have 35 members. Manalastas is the vice chairman of their association since 2016. “This mushroom enterprise opened new opportunities especially to housewives in our community. I’m happy that I can also earn money and help my husband on our day-to-day expenses,” Manalastas shared.

Members get their share of income for every work they accomplish. For every fruiting bag made, a member gets P2.

For every exhibit that their association attended, each member who will man the exhibit gets P350. For members who want to Presell the mushroom, they can buy it at R150 per kilo. 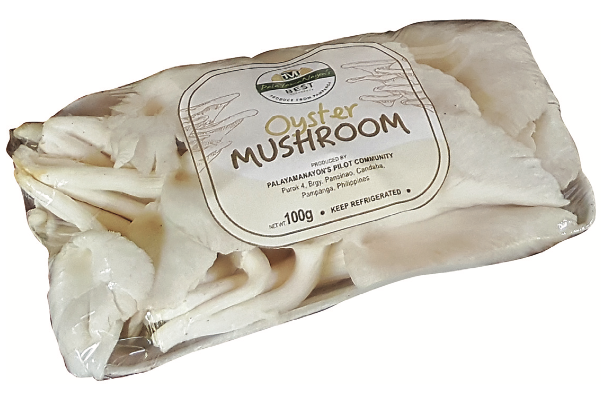 A fruiting bag can yield up to 1.6 kilos of mushroom. A kilo of mushroom is sold at P250.

DA helps PPAA market their mushroom. They were able to showcase their produce through the exhibits or tiangge. Aside from fresh mushrooms, they also make bun or puto-pao stuffed with mushroom instead of meat.

For this year, PPAA was not able to maximize their production
of mushroom because of intense heat. Manalastas reported that
their fruiting bags suffered shrinkage, resulting in unproductive bags. Hence, they lowered their production to 500 bags, and sell other products such as binatog and sweet corn.

In addition, they also need to fix their fruiting bag-house to avoid infestation of rats and cockroaches.

Also, Manalastas emphasized the need to upgrade their facilities such as pressurized vessel or autoclave, and inoculation chamber, among others.

“Market is no longer our problem as DA and PhilRice linked us to potential buyers. Our problem is on how to meet the growing demands of mushroom,” Manalastas added.

Aside from production and marketing of mushroom, PPAA became a learning and sharing place for interested residents of Pansinao. Hence, a new mushroom cooperative sprouted in Pansinao.

Cook with the culinary herb you grow