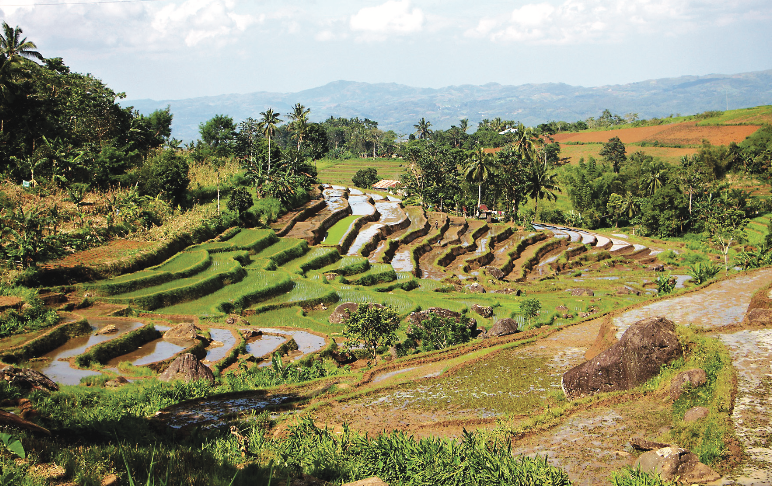 The province of Negros Occidental has been known as the sugarland of the Philippines for producing more than half of the country’s sugar supply.

However, there are more attractions than just vast sugarcane plantations. The province also boasts of its mountain resorts and vacation villas, sparkling white beaches, unique arts and crafts, ancestral homes, and now, its diverse rice and vegetable terraces. 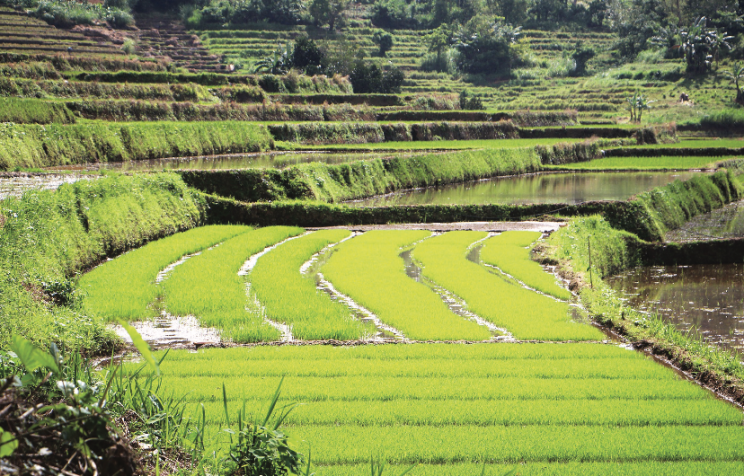 The mesmerising terraces are located at the different sitios of Barangay Codcod, an upland village in San Carlos City, which is located very near the foot of the famous Mount Kanlaon.

Since farming is the main source of livelihood of the people of Barangay Codcod, it is not surprising to know that they carved out these very impressive rice and vegetable terraces from the mountain sides in their village.

Thus, Barangay Codcod has been dubbed as ‘The Rice Granary and Vegetable Basket’ of San Carlos City.

With a population of some 13,390 individuals, more than half are farmers who are tilling the majority of the barangay’s 12,637 hectares of mountainous areas.

Different varieties of tropical fruits can also be found in Barangay Codcod, like the jackfruit which is available most of the time, and mango, among others.

According to Barangay Chairman Danilo S. Lastimoso, “of the total land area, thousands of hectares are planted with rice, corn, and sugarcane–while the rest are planted with different varieties of vegetables.”

Going to Barangay Codcod is not a problem anymore, says Lastimoso, because it can be accessible by bus, jeepney, and habal-habal, the common mode of transportation of the locals. 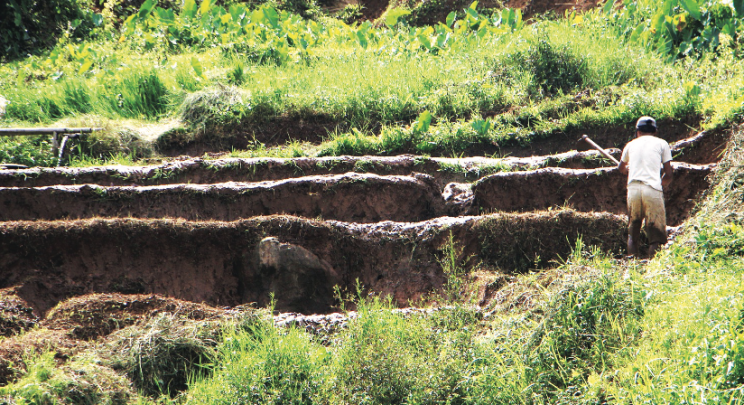 A farmer is shown manually carving out another vegetable terraces in the barangay.

However, Lastimoso assured that in the near future, local accommodation facilities will become available, where the visitors can be served with home-cooked native meals that will be priced very reasonably.

This way, the multiplier effect of tourism can be felt by the members of the community.

But for this effort to succeed, Lastimoso says that they have to prepare the villagers with capacity building workshops to develop a tourism-friendly community.

With the beauty of its surrounding mountains, Barangay Codcod can become one of the most sought-after tourism destinations in the province of Negros Occidental.

After all, Negros Occidental is such a fascinating place to go to when one wants to get away from the very busy life in the urban areas.

“We hope that you too, would come and discover that there is indeed more to Negros Occidental than just sugar,” says Mansinares.

The productivity being showcased in Barangay Codcod is in line with the thrust of the provincial government which aims to continuously enhance the capability of the local farmers and fisherfolk through information and technology transfer, and the provision of necessary equipment and other production support. 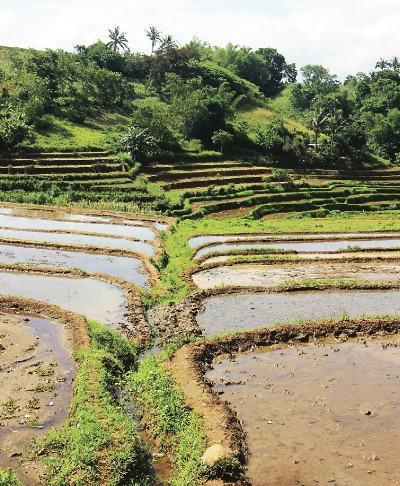 Rice terraces can be found in almost all of the mountainsides of Barangay Codcod.

According to Negros Occidental Governor Alfredo Marañon Jr., they will continue to increase production areas not just for rice, but also for high-value crops and corn that will feed the local poultry and livestock industry.

High-value crops are given priority because of its market potentials for domestic and international demand.

With a certainty in the attainment of 100 percent self-sufficiency of rice in Negros Occidental, the provincial government will be shifting its focus towards supporting food security at the household level.

Marañon says that every household should be able to put food on their tables, and that they do not have to look beyond their own backyards.

“We will support backyard vegetable, poultry, livestock, and dairy production, not only for the table but for additional income as well.”

It was learned that the provincial government will also pursue the thrust towards organic farming by encouraging more stakeholders to produce chemical-free crops, not only for the lucrative world market but for good health as well.

In the process, this will help maintain our ecological balance.

Here’s how to care for your plants even if you’re away!