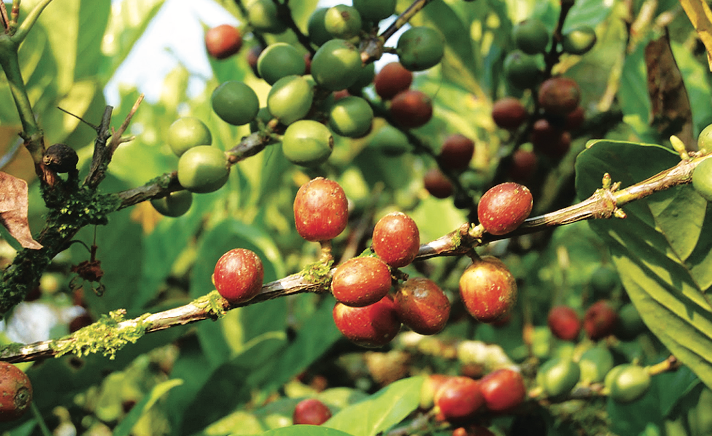 According to a popular legend, coffee was accidentally discovered by Kaldi, an Ethiopian goatherd in 850 AD while his normally docile goats were nibbling bright red berries of a certain bush. Soon after, Kaldi was shocked to see the animals jumping and running like crazy. When he chewed the berries, he felt euphoric which he never felt before.

Filled with excitement, Kaldi brought a handful of the strange red berries to a sufi, an Islamic monk in a nearby monastery but, the monk, thinking they were “fruits of the devil,” threw them into the fire from which an enticing aroma billowed after awhile. The roasted beans were quickly raked from the embers, ground up, and dissolved in hot water, yielding the world’s first cup of coffee.

In the Philippines, the first coffee tree was introduced in the town of Lipa in Batangas in 1740 by a Spanish Franciscan monk. By the 1860s, Batangas was exporting coffee to the US through San Francisco. When the Suez Canal was opened in 1869, a new market was opened–Europe. Seeing the success of the Batangueños, Cavite followed suit by growing the first coffee seedlings in 1876 in the highland town of Amadeo. 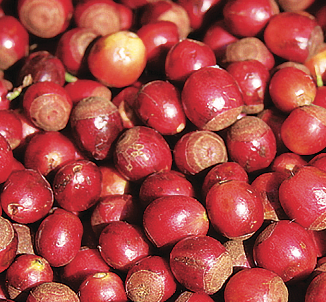 In spite of having another coffee-growing town in Amadeo, Lipa still reigned as the center for coffee production in the Philippines and Batangas Barako (Coffee Liberica) was commanding five times the price of other Asian coffee varieties. In 1880, the Philippines was the fourth largest exporter of coffee beans in the world. As luck would have it, the coffee rust disease hit the big-time coffee producers in the world–Brazil, Africa and Java (Indonesia). Since then, the Philippines became the only source of coffee beans worldwide!

Unfortunately, the glory days of the Philippine coffee industry lasted until 1889 only when it was the Philippines’ turn to be afflicted by the coffee rust disease. That, coupled by insect infestation, destroyed virtually all the coffee trees in Batangas.

A few surviving coffee seedlings were transferred from Batangas to Cavite, where they flourished in its highlands. Last year, the Philippines produced 30,000 metric tons, up from 23,000 metric tons in 2014. At present, the Philippines is one of the few countries that produces the four varieties of commercially-viable coffee—Arabica, Liberica, Excelsa, and Robusta—and one of only four countries that produces Liberica coffee. Liberica, an heirloom coffee, which is native to western and central Africa, offers a completely different flavor to the more popular Arabica and Robusta.

Liberica has a unique and exceptional taste –a chocolatey and ripe berry-toned sweetness with a hint of floral and spice combination. Its after-taste is exceptional—long-lasting and retains the smooth dark chocolatey taste. Liberica’s smoldering dense flavors, however, are not for every palate of coffee drinkers, so the Filipinos named it “manly (Barako) coffee.”

“The recent worldwide popularity of special brews and exotic blends of coffee gives a ray of hope to the Philippine coffee industry,” explains Dr. Miriam Du Baltazar, the director of National Coffee Research Development & Extension Center (NCRDEC) in the Cavite State University (CvSU) main campus in the highland town of Indang in southern Cavite. “Government and non-government organizations are working in close partnership in order for the country to get back on the coffee belt (once more).” The CvSU is the national leader on coffee research and development since 2004. 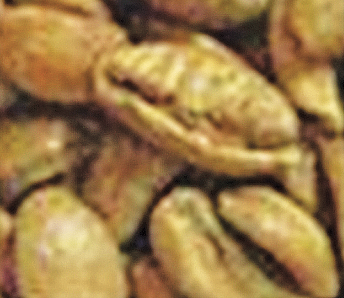 The NCRDEC, which was created in 2005, is serious in its commitment to help the coffee industry in bringing Philippine coffee back to the world market. Last year, the CvSU launched the Philippine Coffee Quality Center.

“We are optimizing the protocols of the different phases of somatic embryogenesis, a tissue-culture method that can produce trueto-type and quality planting materials in a shorter period, and in a larger scale compared with conventional methods,” declares Baltazar. “We aim to develop a Filipino coffee with its signature properties and standard in terms of measurable parameters for Liberica and Arabica. We have tagged the ‘mother tree’, as required by law, on December 14, 2016 where the seeds came from.”

“After a minimum of three years (2020), we must have the distinct characteristics of the coffee already,” concludes Baltazar.

Coffee is a social drink that is synonymous to being hospitable of Filipinos. We offer our guests upon arrival in our home or office a cup of coffee, be it brewed or the instant 3-in-1 kind. With the development of a certified Philippine Liberica soon, coffee drinkers worldwide would be sipping its strong, exotic aroma, and feel euphoric–forgetting the stresses of life, with a cup of steaming barako, the Filipino coffee blend with 278 years of history to back it up.

Plant genes are being altered to combat climate change