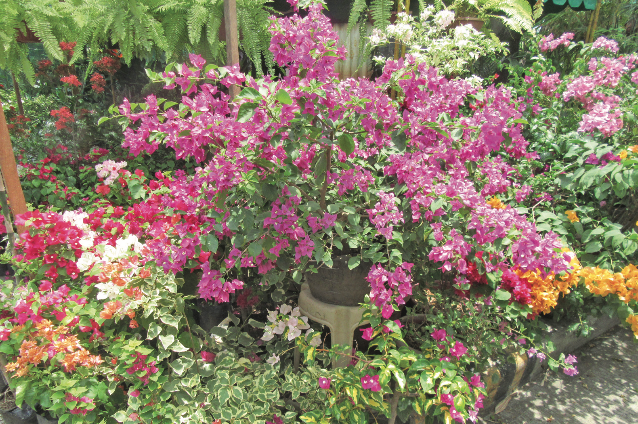 The horticulture industry, especially ornamental plants for landscaping and other purposes, can provide excellent income opportunities for small time operators as well as the bigger operators. It is one business that offers inclusive growth.

In the plant business, growers who take note of trends are often the most successful ones. But trends come and go. In the decades of the 50s and 60s, we remember gardeners were crazy about collecting bougainvilleas. The late Luisa Perez-Rubio of the Makati Garden Club was the acknowledged bougainvillea queen with her large collection in her paint company’s compound in Cainta, Rizal.

In the mid-60s when the Los Baños garden show was launched, the most coveted variety then was the Mary Palmer which sported branches, each with different colors. One branch may have pure white flowers, while another will have pure red flowers. A third could have a combination of red and white flowers. 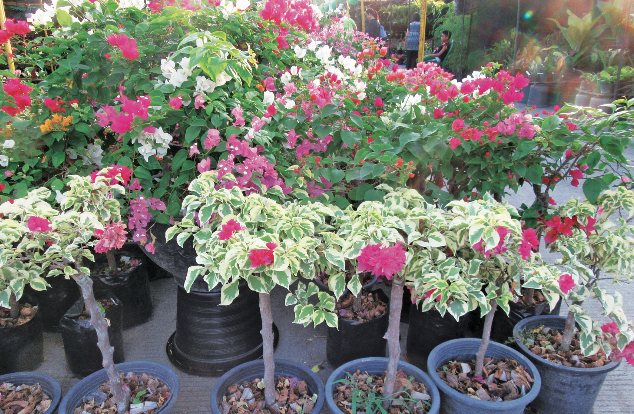 There was also the trend in using Red Palm in home gardens because it was deemed to bring good luck. We remember the owner of a Toyota franchise offering to exchange one of his top cars with the big Red Palm in front of Dr. Dioscoro Umali’s home. The good dean did not accept the offer, however. The succeeding trends included the Aglaonema craze, bromeliads, ferns, palms and cycads, the Euphorbia craze, and recently, the sunflower craze.

Now, the new trend could be the use of bougainvilleas in landscaping projects, as well as in the garden of connoisseurs and ordinary homes. At the Agribiz Kapihan at the Harbest Events Center in Taytay, Rizal, Baby Spowart revealed that there is so much interest in bougainvilleas today. Her Chat Group in the social media now number to more than 300,000 all around the tropical world. And as a revelation, a hotel being built in Boracay has ordered from her 5,000 bougainvilleas with red flowers.

More people seem to be discovering the desirable traits of bougainvilleas. They come in a wide variety of colors and they are very sturdy plants. They bloom in most parts of the year with their inflorescences persisting for months. 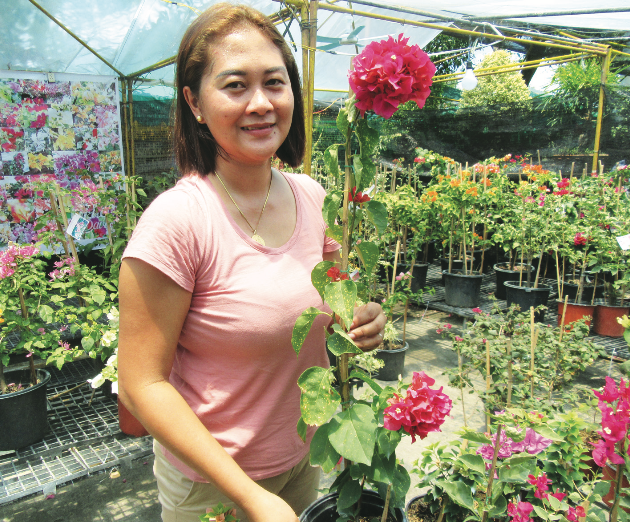 Belleza with her Red Fantasy which sells for P700 each.

She revealed that grafting bougainvillea is easy. She learned that by viewing a demo at the YouTube. Starting her business only in 2015, she has already at least 5,000 grafted bougainvilleas in her nursery and counting. Through exchange with chat group friends abroad, she has now collected about 200 varieties which she can use as scions to produce multi-flowered potted bougainvilleas.

She has also found that there are aficionados who don’t mind paying a high price for what they like. Like a fellow who paid her P35,000 for a big grafted bougainvillea unto which 19 varieties were grafted. There are also local collectors who order from her not just a few plants. One lady from Pangasinan, for instance, has ordered from her more than P30,000 worth of grafted bougainvilleas. She ships her plants by courier.

Grafted bougainvilleas grown in pots also command a good price. One two-feet tall grafted beauty usually sells at P350 to P700 each. The rarer varieties could even be more expensive. Let’s wait and see if the trend in bougainvilleas will take off fast and furious.