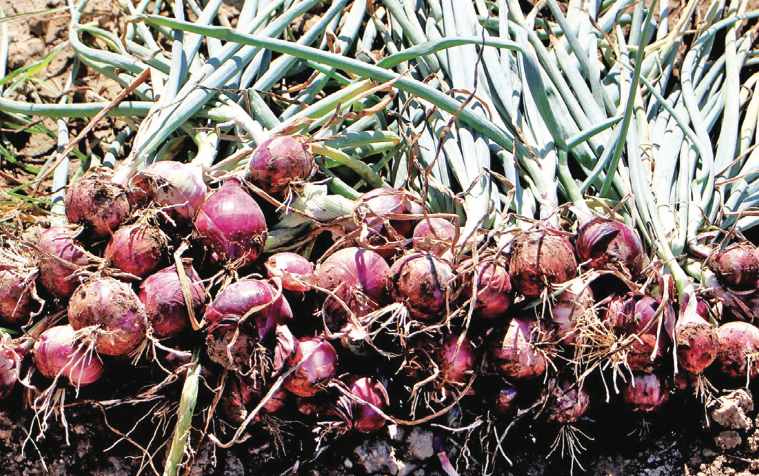 Nueva Ecija contributes more than 50 percent of the country’s onion production, based on a report made by the Philippine Statistics Authority (PSA), where majority of the municipalities and cities in the province are involved in the production of onions every planting season.

This can be attributed to the shifting of some areas in Central Luzon to palay production to alleviate the recurrence of armyworm infestation, and smaller bulbs harvested due to early harvesting in an effort to control the damage of army worms; lesser bulbs were also harvested in MIMAROPA also due to the effect of army worms. 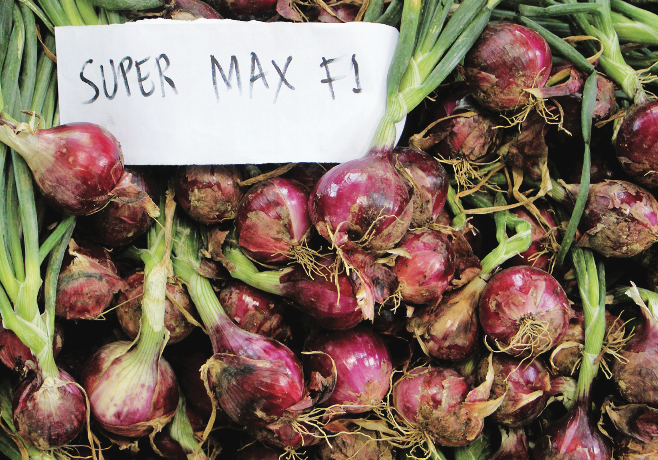 The Super Max F1 Hybrid Red onion variety is a new hybrid “Tinto” type red onion which is earlymaturing and highly recommended for the fresh market.

Central Luzon, the top producer of red onion at 19.74 thousand metric tons accounted for 51.9 percent of the country’s total production. This was followed by MIMAROPA with 42.4 percent, and Ilocos Region, 2.6 percent.

However, the production of onion in Nueva Ecija, particularly in the municipality of Bongabon (the leading producer of onion in the Philippines and probably in Southeast Asia), is expected to increase, following the introduction of newer and pest-resistant varieties.

This came out following the conduct of a farm demo conducted recently by Allied Botanical Corporation in some areas of Bongabon, where the Super Max F1 Hybrid Red Onion was introduced.

The local farmers found out that the variety is ideal for long-term storage after harvesting. The bulbs have smaller necks, has higher marketable yield due to the bulb’s productivity and uniformity, and better tolerance to diseases like armyworms.

The variety is also ideal for early season planting, according to onion farmer Victor
Layug who tried to plant the crop in a portion of his farm in Barangay Togatog, Bongabon.

Layug claimed that he was able to more than double his harvest as compared to using the traditional varieties he has been cultivating before.

When asked as to how he was able to harvest such volume despite the infestation of armyworms (locally known as harabas) in his area, he claimed that he was able to prevent them by applying Nordox 75WG micronized fungicide regularly.

He also said that the crops of the other farmers near his farm were already being attacked by armyworms, but his onion plantation remained almost pest-free because of using Nordox,which is a micronized copper fungicide that provided protection to his plants. 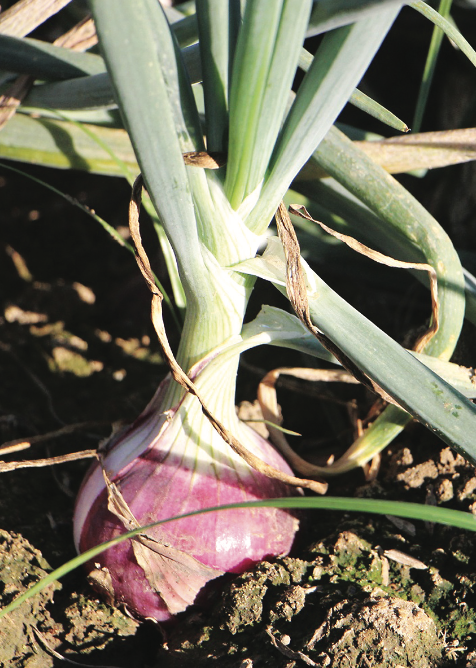 Among Super Max’s distinguishable characteristics are its deep red bulb color, and high tolerance to diseases.

According to Tacs Ong, the area sales manager of ABC in Central Luzon, the Super Max F1 Hybrid Red Onion variety is a new hybrid “Tinto” type red onion which is early maturing and highly recommended for the fresh market.

Among its distinguishable characteristics include its deep red bulb color and high tolerance to diseases.

With these characteristics, the farmers were able to witness a totally new concept of producing this crop in their area, which can draw the interests of the consumers, as well as the traders, and food processors in the locality.

However, the notion that the cultivation of onion can only be confined in Nueva Ecija may not be true anymore, after the farmers in other areas have also proven that the commodity can be prolifically grown in their locality.

It was learned that the variety was developed to grow well in the different geographic regions of the country, seasons, and climatic conditions, while keeping abreast of the ever-changing market demands and consumer preferences.

The seed of the said onion variety is distributed in the Philippines by ABC – a leading supplier, producer, and breeder of vegetable seeds in the country.

The said onion variety is also well adapted for production in the tropical regions, and designed for long storage and robust yields even in stress conditions.

During a harvest festival which was held in San Jose City, Occidental Mindoro, the farmers who tried the variety claimed that it also performed very well in the area, considering that onions were known to thrive only in northern Luzon.

With this development, it is possible that onion farming can also flourish in the different regions of the country, which can eventually address the intermittent onion shortage being experienced by the farmers and consumers from time to time.