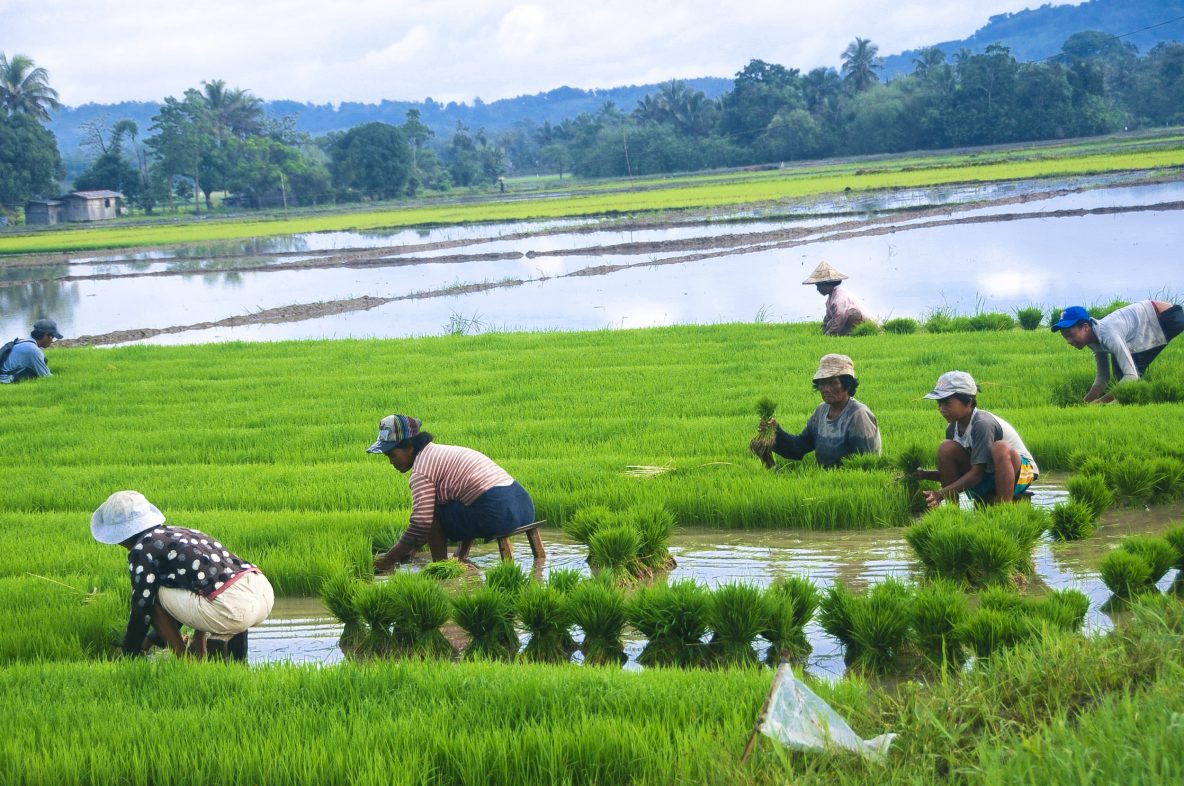 When our advertising account executive at Agriculture Magazine suggested that we interview the founder of a very successful company that distributes crop protection chemicals and plant nutrition products in Isabela, we readily accepted the suggestion. After all, we love to write about success stories related to farming.

And so on July 23, we flew to Cauayan City in Isabela to meet the founder of Tagchem Dragon Distribution, Inc. which is observing its anniversary two days after our flight. Beforehand, we were told that there would be a grand celebration of the company inviting at least 200 distributors from Mindanao, Visayas, and all over Luzon. So we really thought that Tagchem Dragon was an old company that has made money through the years. In our mind, the company could have been put up by a business management expert with an MBA or a PhD appended to his name.

So it was a big surprise for us when we met the founder, a 31-year-old guy who was wearing an ordinary T-shirt. The meeting was brief over quick lunch because Theo Aves Garcia, the young founder, was busy with so many things preparing for the celebration. He suggested that we continue the interview in the evening together with some of his close friends over food and drinks. But we were able to ask what course he took up in college.

Theo admitted that he was enrolled in business management at the Centro Escolar University but he quit schooling when he was in his fourth year because of something foolish he had done. (‘Kalokohan,’ in his own words.) Of course, we were not able to pursue and ask what mischief, if mischief it was, that he did in college. Anyway, we were able to ask his cousin, Jo Mari Aves, the COO of Tagchem what made Theo quit his schooling. The “foolish” thing that Theo did was making a lot of money. He placed bets on NBA games and won a lot of cash. He had at least P200,000 in his ATM account which was a big amount for a teenager at that time. He admitted that he was rebellious and called himself the black sheep in the family. However, he swears he never used prohibited drugs. He just enjoyed betting in NBA games and winning most of the time. He had complete records of his betting transactions.

With his P200,000 in the bank, he decided to go home to Isabela where his mother Jenny was managing a store that sold agricultural chemicals and other farm inputs. One of the chemicals he saw in his mother’s store was Triple 8 glyphosate, a weedkiller. He asked his mother if Triple 8 was saleable and the answer was yes, many rice and corn farmers were buying it.

With his own money, he put up Tagchem Dragon Distribution, Inc. in 2009, determined to distribute Triple 8 glyphosate as his major product in mind. Weedkiller is the input most needed by the rice and corn farmers in Isabela. As you and I know, Isabela is the biggest producer of yellow corn and is also a major producer of rice. Theo observed that the farmers’ biggest problem was controlling the weeds which could rob the crops of valuable nutrients in the soil. Manual weeding is very expensive so the use of chemical weedkiller could cut costs of production. Even sloping fields could be planted to corn without plowing if the weeds are eliminated. The seeds are simply dibbled in the ground that is cleared of weeds.

In the beginning, the target market was confined to Isabela. Later, however, Cagayan was included so that the market expanded and so with revenue. A few years later, Mindanao became a big market for Tagchem products. Theo is said to have spent a lot of time in Mindanao studying the potential markets there. Bukidnon was one of the first areas that Theo found to be a big market for his products. From there, the coverage grew and grew so that today, distributors and dealers are found in strategic areas all over Mindanao.

It can be said that the growth of Tagchem is phenomenal. It has surpassed the achievements of many players in the industry who have been operating for many years, say 20 or more years. Of course, Theo admits that the connections of his mother with suppliers and other stakeholders helped him establish credibility in the business.

Today, Theo is excited about the new generation of farm inputs and technologies that will help farmers increase their incomes. These are being developed or acquired through a new company called TagLife Sciences. One of them is Nitro Fix Plus, an inoculant that can restore the microbial population in degraded soils due to excessive use of chemical fertilizers and other causes. The product can also be sprayed on the plants to enhance their growth and development. It is now ready for commercial release.

Another new product is called Plant Stress Harmonizer which can address problems brought about by climate change. This is a product of nano technology that is loaded with micronutrients. It is a homegrown technology developed by a scientist who graduated from UP Los Baños. Treated plants can withstand periods of stresses like lack of soil moisture or drought, waterlogging, strong winds and more. It is revolutionary product that Theo hopes to eventually export to other countries.

There are several products and technologies that are lined up for development under TagLife Sciences. Buildings for each of them are under construction where research and production will be undertaken.

Plant nutrition products from foreign companies are also being considered for introduction in the Philippines. Among those being eyed are biostimulants and other innovative products for agriculture from a Canadian company.

Meet a man who has contributed so much to Philippine agriculture