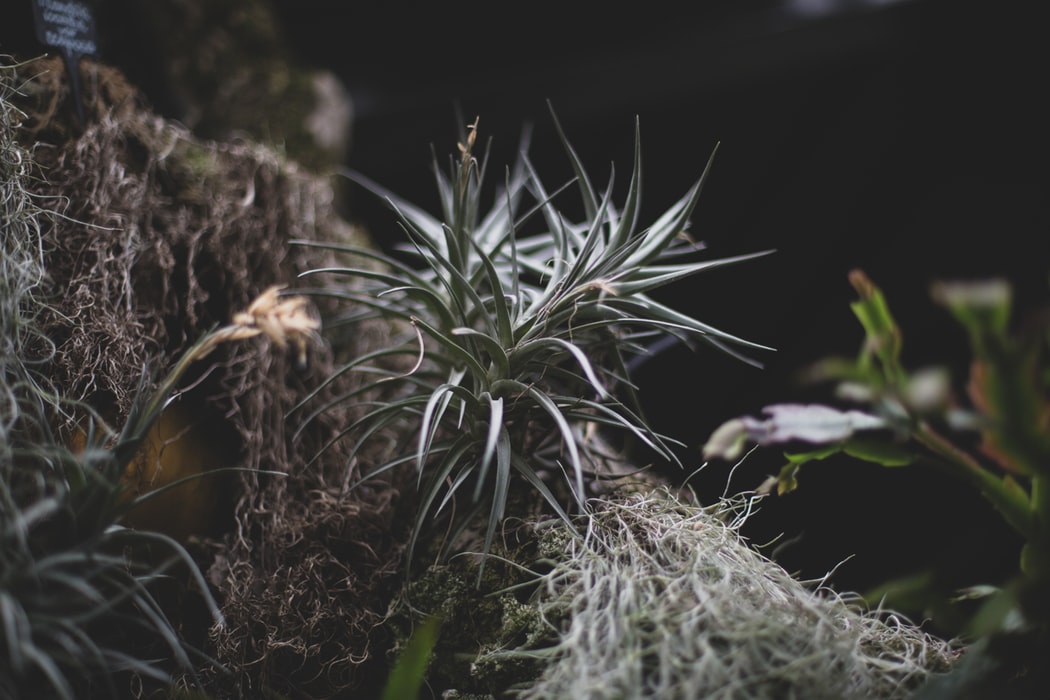 Tillandsia, also known as air plants, are gaining popularity as ornamentals. These evergreens get their nickname from their most defining characteristic: their ability to hang from wherever they can. They do this via their roots, which they derive nutrition from, but also use to attach themselves to a base, such as walls or logs. This means that they don’t need soil to thrive and thus make interesting indoor and outdoor decor.

Sunlight. Tillandsias need partial morning to full sun exposure. “The more sunlight (they are exposed to), the better their coloration,” Sanchez-Mariscal says. “But if you cannot give proper sun (exposure), try to find a place where it can get the most sun. Your plant can adjust to even just three hours of sunlight.”

He adds that the pups, or the babies of a plant that’s adjusted to receiving less sunlight (say three hours) has a higher chance of coloring up within that same amount of time (also three hours). As Sanchez-Mariscal says, “Tillandsia is a plant that adapt to any changes given.”

Water. “Water is the only thing that you can control,” Sanchez-Mariscal says. Air plants should be watered only when their leaves are dry. Depending on how much sunlight it gets, this can be as often as three times a day.

Watered plants should be left to dry to prevent fungus growth. “Observe how fast it dries. If it dries within four hours, you’re fine to water again. But if it dries after 12 hours, try sticking to every other day,” he adds. “Get them used to being watered every day so when the rainy season arrives, your plant is safe.”

Planting indoors. Tillandsia can be grown indoors, provided they receive proper water, light, and ventilation. They can be placed near screen windows that receive full or partial sunlight. In special cases, LED lights can be used to compensate for sunlight and an electric fan for ventilation.