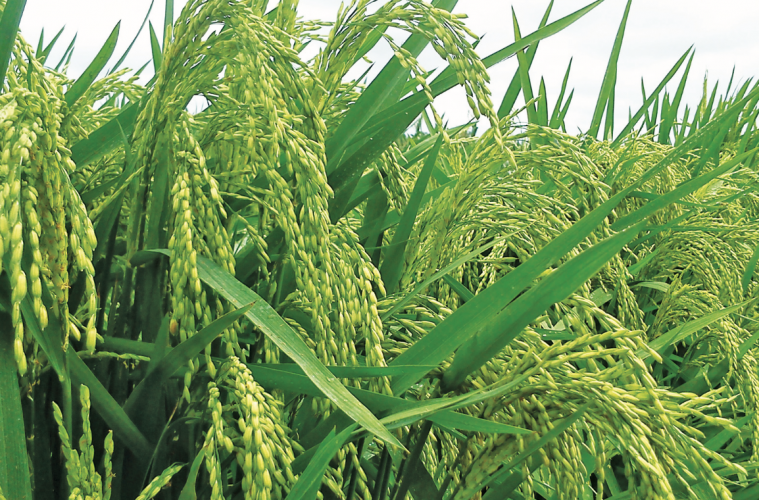 The world’s largest rice collection is to receive permanent funding for the conservation and sharing of 136,000 varieties of the staple crop that feeds more than three billion people worldwide. The agreement between the International Rice Research Institute (IRRI) and the Crop Trust, which guarantees funding worth US$1.4 million a year, in perpetuity, was signed on World Food Day, October 16th, during the 5th International Rice Congress in Singapore.

“This is fantastic news for the future of rice research,” said Matthew Morell, Director General of IRRI. “Half of the world’s population—around 3.5 billion people—eats rice every day and the IRRI genebank is fundamental to global efforts to make the rice sector more resilient, sustainable and equitable. The Crop Trust funding enables IRRI to focus on using its large and diverse rice collection to benefit the world.”

Scientists worldwide use the seeds stored at IRRI’s high-tech facility in Los Baños, Philippines to develop improved rice varieties that can withstand climate change impacts—such as severe flooding and drought—while keeping pace with the growing world population and changing consumer preferences. By 2050, annual global rice consumption is estimated to rise from 450 million to 525 million tons. Asians eat more than 90 percent of this rice; the region’s 515 million hungry are particularly dependent on the staple. This is in addition to demand for rice in Africa growing at almost 7 percent per year. 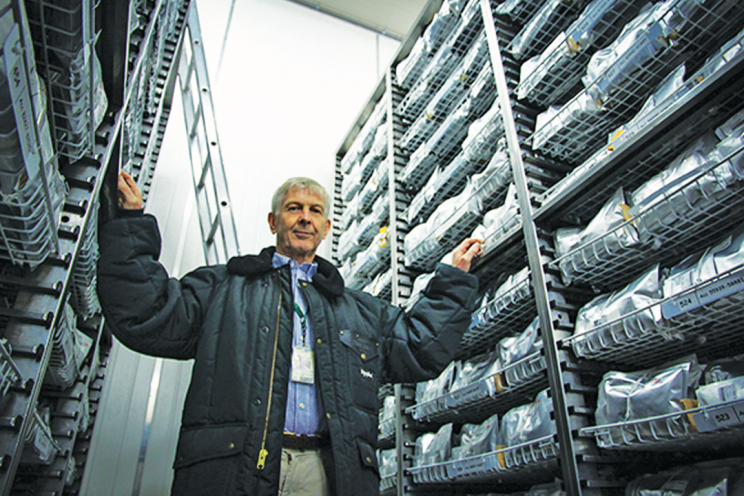 Scientists at IRRI have used the rice samples stored in the bank to develop rice breakthroughs tailored to climate extremes like drought and flooding which are already threatening production in key rice-producing regions, including India, China, the Philippines, Vietnam, Myanmar, Cambodia, Indonesia and Malaysia.

One major innovation is set to benefit farmers tending to some 20 million hectares of rice land across Asia regularly hit by flooding. Whereas most rice dies within days of submergence under water, “scuba rice” withstands flooding for up to two weeks. This rice is currently grown by five million farmers in India, Bangladesh, Nepal, Laos, the Philippines and Indonesia. Researchers are now adapting the rice for Africa.

Ruaraidh Sackville-Hamilton, an evolutionary biologist who manages the IRRI genebank said: “Our work to conserve rice has a proven track record in bringing benefits to the world. With this collection safely conserved, we can continue to use it to develop improved rice varieties that farmers can use to respond to the challenges in rice production and to adapt to the changing tastes and preferences of consumers everywhere.”

Conserved in the IRRI genebank are the ancestors and descendants of IR8, the world’s first high-yielding rice. Developed by IRRI researchers, this “miracle rice” brought Asia back from the brink of famine during the so-called Green Revolution in the 1960s and 70s, when a series of farming innovations transformed agriculture in developing countries. The rice was grown in the Philippines, Vietnam, Myanmar (then Burma), Cambodia, Indonesia, Malaysia and India. The influence of IR8 can also be traced to rice varieties grown elsewhere in the world, especially Latin America.

The US$1.4 million per year will be paid from the Crop Trust’s endowment fund, which was established in 2004 to provide sustainable, long-term financial support to the world’s most important food and agriculture genebanks.

“This is a landmark moment for IRRI and for the Crop Trust,” said Marie Haga, Executive Director of the Crop Trust. “At a time when many donors have increasingly complex demands on their resources, it’s important that the world’s crop collections are safe, secure and the genebanks functioning effectively.”

“Providing permanent funding to the world’s most important crop collections is at the core of the Crop Trust mission,” she added. “Today’s announcement validates 20 years of work and 50 years of thinking on how the international community can safeguard crops used for food and agriculture. We hope IRRI will be the first of several globally significant genebanks to receive permanent financial support from the Crop Trust.”

The IRRI genebank is one of 11 genebanks of CGIAR, a global research partnership dedicated to reducing poverty, enhancing food and nutrition security and improving natural resources and ecosystem services. The CGIAR genebanks conserve millions of crop seeds, distributing more than 100,000 samples to researchers and farmers around the world every year.

“For decades, crop improvement has been at the heart of the work of CGIAR, and our genebanks have been essential to this process,” said Elwyn Grainger-Jones, Executive Director of the CGIAR System Organization. “Rice is and will continue to be a vital crop for rural development, for improving the economic fortunes status of millions of people and for establishing sustainable, resilient food systems.”

The first phase of Crop Trust funding will cover essential operations of the IRRI genebank from 2019-2023, including conservation, regeneration and distribution of its cultivated and wild seed collections. As part of the Long-term Partnership Agreement, IRRI will also provide expert advice to five national genebanks to help their crop conservation efforts.

The Agreement is envisaged to continue after 2023 with a second five-year phase allowing for any revisions in the genebank’s business plan and operational costs. IRRI is pioneering ways of improving efficiency, including using tailor-made robotics to automate seed sorting processes. The Agreement will be renewed every five years, into the future.

This appeared without a byline in Agriculture Monthly’s November 2018 issue.