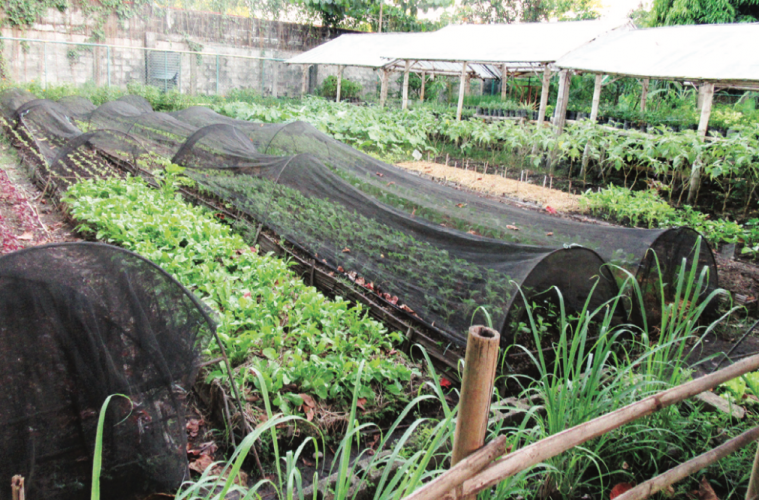 A lady medical doctor is running a profitable organic farm in the heart of Bacolod City in Negros Occidental. Her brothers are sugarcane planters and she has challenged them that her 3,000-square-meter organic garden can produce a better return than a one-hectare sugarcane farm.

These days, the sugar industry is facing a lot of challenges and as per our information from a sugarcane farmer, a hectare of sugarcane can usually give a net of P20,000 per hectare in a growing cycle of one year or longer. That measly return from a hectare of sugarcane is the equivalent of just 100 kilos of lettuce which could be harvested in less than two months from planting.

The lady organic farmer is Dr. Maria Ana Isabel Villanueva-Salacata, more popularly known in Bacolod, simply as Dr. Anabel. She used to practice her profession in the United States but had to come back to the Philippines five years ago to take care of her aging mother who is over 90 years old. 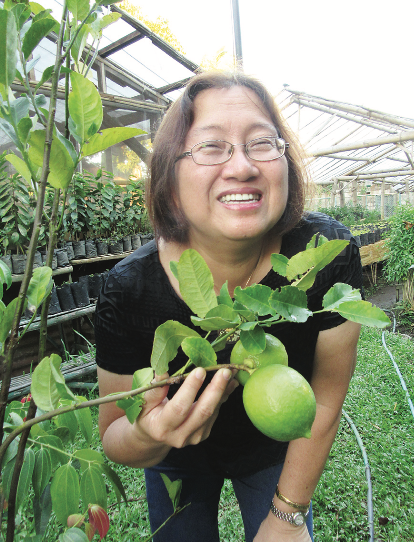 To keep her busy in the company of her mother, she decided to grow salad greens, mostly lettuce, on a 100 square meter portion of their backyard for home consumption. But she produced more than what her family could consume. So she gave the excess as gifts to friends and relatives. And soon, people who have learned about her veggies went knocking at her door, wanting to buy her lettuce and other crops.

That prompted her to expand her garden. Fortunately, there was enough space because her late father raised his fighting cocks on 3,000 square meters behind their home. That’s what she developed for her farm that she calls “Twenty Six Herb Garden” which has also become a restaurant serving organic dishes prepared from her own harvest.

What does she have in her garden? She grows a lot of lettuce, both green and colored, because they are very saleable at P200 per kilo. Some are grown in beds on the ground but others are also in black plastic nursery bags which are placed on tables above the ground. Dr. Anabel observes that more can be grown in a given space when lettuce is planted in plastic bags than when grown in the ground.

Aside from leafy greens, she also grows eggplant, okra, tomato, camote, peanut, dragon fruit, ginger, lemongrass, turmeric, butterfly pea (Clitorea ternatea), lemon, passion fruit, basil, tarragon, and many other herbs she needs in her eatery. Her place will soon become a learning site that will be accredited by the Agricultural Training Institute of the Department of Agriculture. Its accreditation is pending upon completion of its facilities for holding seminars.

Dr. Anabel also raises rabbits and chickens. The rabbits are raised for their manure as well as for their meat. The manure is very good for vermicomposting to produce organic fertilizer for her vegetables and other crops. The meat, on the other hand, is cooked into tasty dishes for her customers in her restaurant.

Dr. Anabel shared her experiences in growing organic vegetables and other crops at the launching of the Negros Agribiz Kapihan last October 20 in Bacolod City. No doubt, she is very proud of what she is doing in her 3,000-square-meter organic farm right in the heart of Bacolod City.