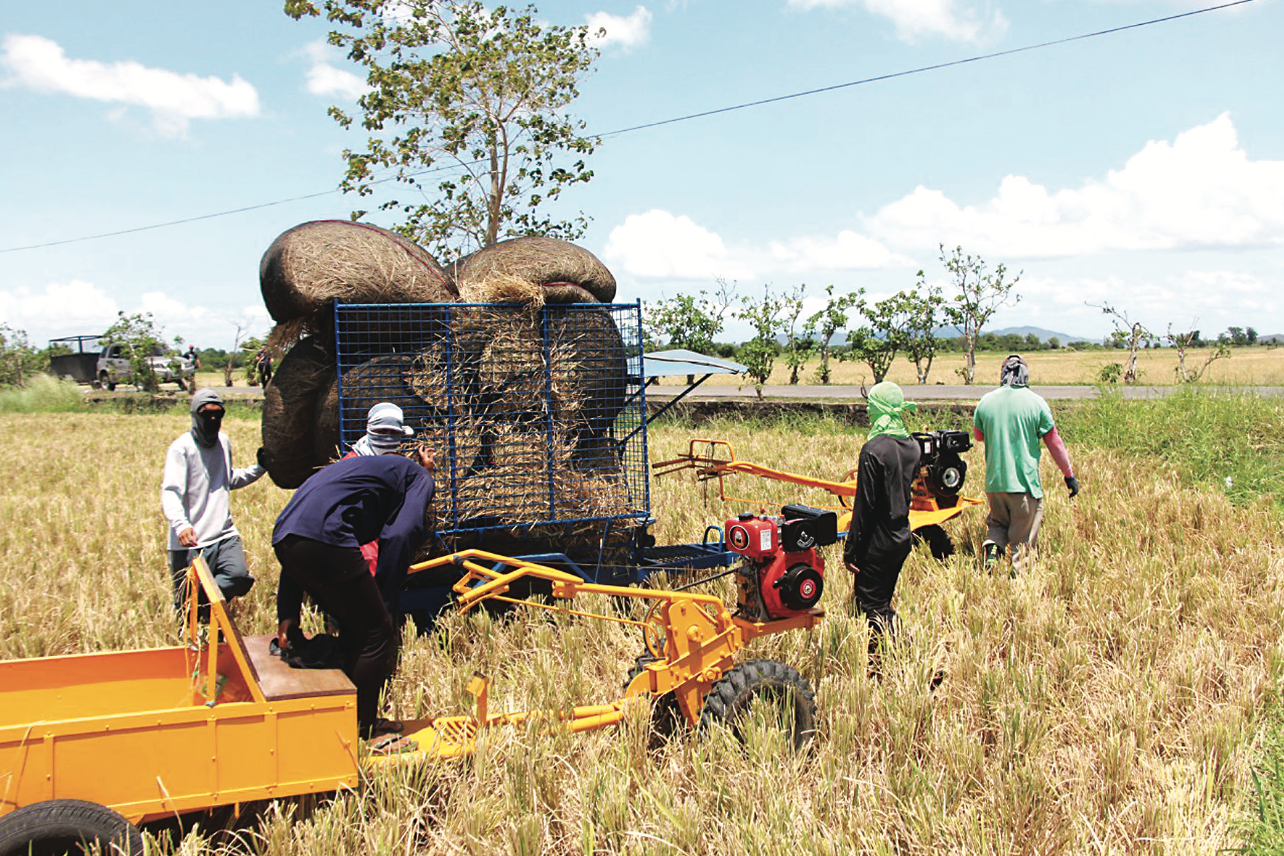 Benjamin Laviña, a farmer from Laguna, has been planting rice for more than 40 years now. Come harvest time, Laviña gets only the grains and burns the stems and leaves–for the rice straw–for disposal.

Laviña is among the farmers who consider rice straw as an agricultural waste that could hinder land preparation for the next planting season.

According to the International Rice Research Institute (IRRI), some 300 million tons of this rice by-product are burned every year. The latest assessment report of the Intergovernmental Panel on Climate Change (IPCC) projected that burning of crop residue, including rice straw, contributes a fairly good amount of greenhouse gases emission by the agricultural sector. 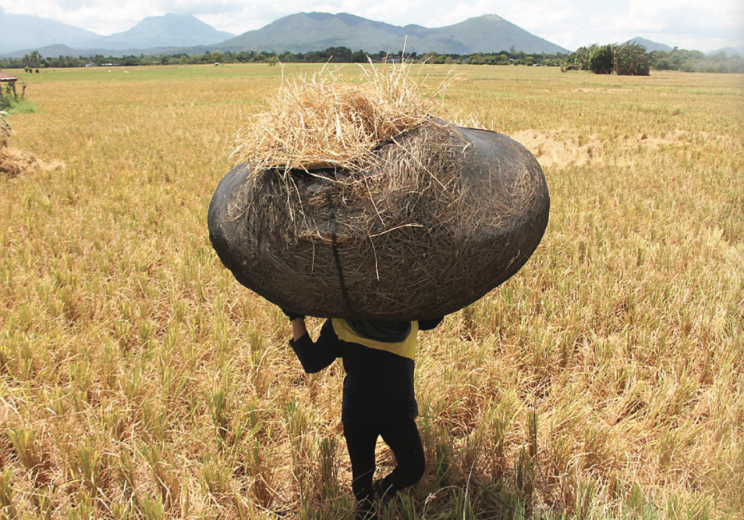 Collecting rice straw is a laborious task since it is a bulky material, and rice straw are usually scattered across the fields after harvesting. (Photos by Straw Innovations Ltd.)

The potential for rice straw to become a common biomass resource is huge, given that 3.5 billion people or more than half of the world’s population rely on rice for their staple food. IRRI estimates that about six tons of straw are produced for every four tons of rice grain – amounting to more than 700 million tons of rice straw produced every year, and most of them are simply disposed of.

“For bioenergy experts, scouting the world for whatever biomass you can use without competing with food production is more preferable. There’s a huge opportunity in rice straw as sustainable source of bioenergy, the fact that it doesn’t have to be returned to the soil and it’s being burned while there’s so much of it”, said Craig Jamieson, founder of Straw Innovations Ltd and part of the ongoing Rice Straw to Biogas (R2B) Project.

The R2B project, a collaboration between research institutions (University of Southampton and University of Manchester in the United Kingdom) and industry actors (Straw Innovations Ltd, a start-up company based in Los Baños, Laguna, and QUBE Renewables Ltd), wants to turn rice straws into a viable energy source for agricultural communities and beyond.

The R2B Project seeks to provide energy in rural areas with no or limited access to electricity but where rice straw is abundant. Initially, the project is targeted to be used as a cooking fuel in Southeast Asian households, where firewood is normally used for cooking needs. Eventually, the project wants to explore the possibility of biogas to power agricultural machineries as well as an energy source for households. The project hopes to address energy challenges faced by developing countries.

Straw Innovations Ltd plans to develop biogas from rice straw by using low-cost technology. Once villages have been tested, the company will scale up its operations. 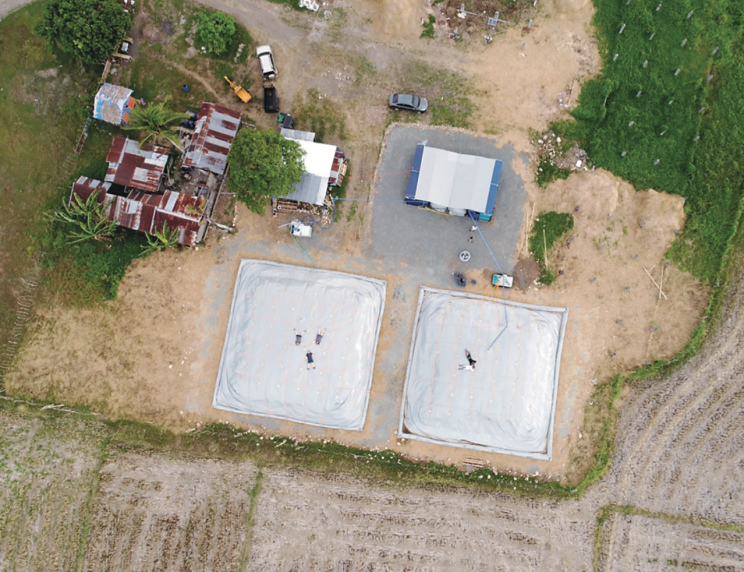 “Field testing of biogas has to be conducted at the community-scale, a sweet spot between a large-scale powerplant, which is expensive and difficult to maintain, and a small- or farm-scale demonstration which cannot be sustained because farmers are preoccupied with their crops,” Jamieson said.

To make the initiative sustainable once the technology is available in the market, Straw Innovations Ltd has developed a business model that will involve key players other than farmers such as bioenergy experts, potential investors, and agribusiness operators.

“It’s going to be an agribusiness so that it can be sustainable and not just relying on public funds forever. It’s a business model and not a leisure farming type. We need people in the business who are serious about this to co-invest with us – they could be anywhere in the supply chain, they could be rice mill owners, they could be dairy farmers, or fertilizer companies”, Jamieson added.

Meanwhile, the First Quezon Biogas Corp. (FQBC), a cooperative composed of commercial poultry growers in Quezon province will soon open a bigger biogas powerplant in Candelaria that will incorporate rice straw, chicken manure, and other agricultural wastes for energy production.

According to Liborio Cabanilla, professor of Economics from the University of the Philippines-Los Baños, and one of the consultants in the initial development of FQBC powerplant, this venture is going to be a win-win situation for both the farmers and FQBC. As Cabanilla explained, rice straw and other agricultural residues that are considered as wastes by famers will now have added values since they will become one of the main materials for biogas production.

He also shared that the fermented rice straw and manure left after the biogas production process can also serve as organic fertilizer which the company can donate to the farmers.

Recognizing the dynamics in farming communities

The initiative to convert rice straw into massive energy source, however, could only work if farmers are willing to cooperate. Based on the findings of the Rice Straw Energy Project, an integrated research from 2013 to 2016 that identified challenges to fulfill the bioenergy potential of rice straw, farmers have different attitudes toward giving away leftover straw.

According to Angela Minas, researcher from Tyndall Centre for Climate Change Research at the University of Manchester and was part of the Rice Straw Energy Project, opinions of farmers and local communities need to be recognized during the initiative’s technology development. The research project also revealed that cultural traditions and belief systems play an important role in straw management, as they shape how individual farmers value and use rice straw.

“So far, what we have learned from our research in the Philippines and Vietnam is that rice straw management is a social practice – and industry actors need to understand this,” Minas added.

But according to farmers interviewed in the same research, they were also open to changing their practices. Researchers from the Rice Straw Energy Project were optimistic that suitable business models could optimize prevailing market opportunities relevant at each site, address the needs of the farmers and understand their overall farming system, while more pilot demonstration projects and experiential learning will benefit farmers and increase their confidence to change their rice straw management practices.

As for farmers like Laviña, he sees no problem to changing his practice as long as it will not cost him too much time and additional finances.

“We are even willing to attend trainings on proper rice straw management, and it will really be interesting if this can provide us additional income,” Laviña added. 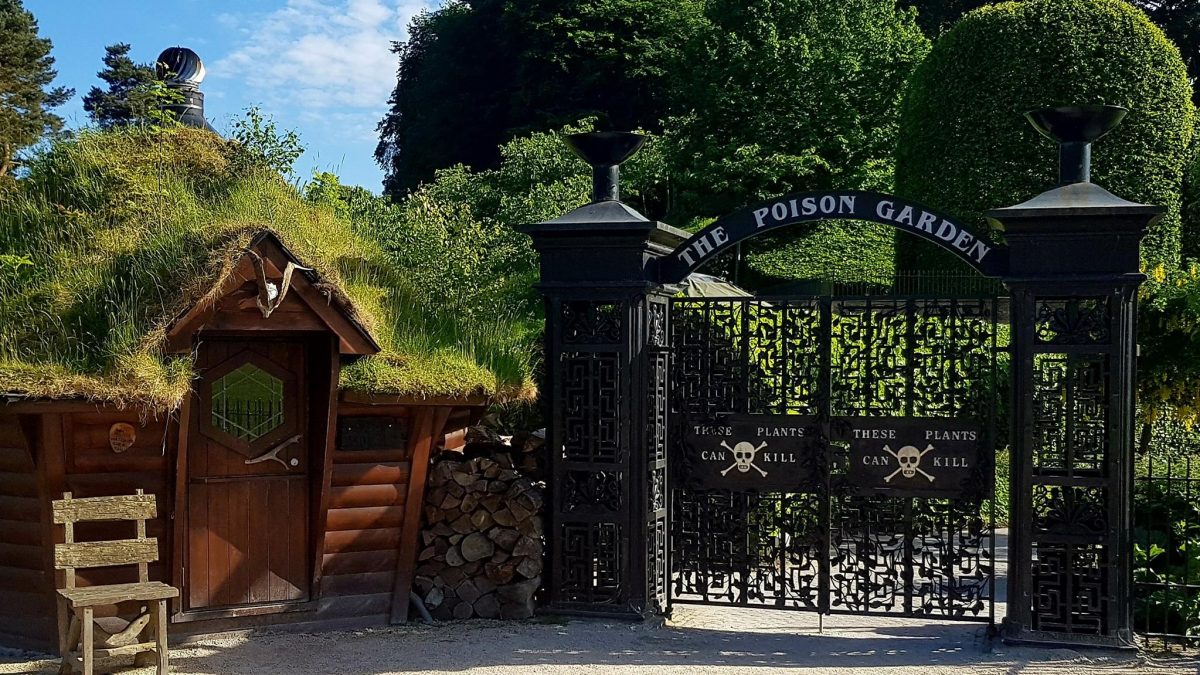