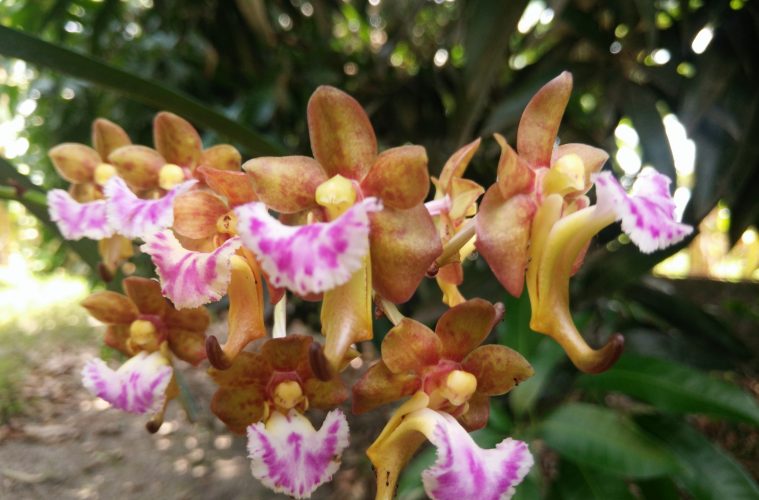 by Kelvin Neil B. Manubay

The months of August and September are the blooming season of the world famous ‘Waling-Waling’. Scientifically known as Vanda sanderiana, the ‘waling- waling’ is renowned worldwide as the ‘Queen of all Orchids’ because it has greatly influenced the breeding of modern day vandas that are very popular in the orchid cut flower and potted orchid trade. It is a Philippine endemic species, particularly from Mindanao, that is responsible for giving the large saucer size blooms to its offspring. And, because of this very desirable trait, the ‘waling- waling’ has been heavily gathered from the wild and is now considered critically threatened.

This coming August 30-September 9, 2019, the Philippine Orchid Society will be showing off the lovely blooms of the ‘Queen of all Orchids’ in its Orchid Festival.

The event aims to promote awareness for the conservation and propagation of Philippine orchid species and likewise promote local orchid producers as a reliable source for international floriculture trade.

This show, which is being held in cooperation with the Quezon City government will be held at the Flower Garden of the Quezon Memorial Circle, Elliptical road in Quezon City. Together with the sought-after ‘waling-waling’, the show will feature the best orchid collections of the country’s best orchid growers set in table top arrangements. There will be a commercial section where the gardening public will be able to buy their favorite orchids and other plants, plus gardening supplies. There will be daily lectures on timely farming and gardening topics.

There will be free daily lectures at 2pm, topics are as follows:

Show entrance fee is P50 and P30 for students and senior citizens which will open from
8:00am-6:00pm daily.

For more information, you may call the POS Secretariat at mobile number (0917) 848-5468 or 957-3524 and look for Jenny F. Rivera or Jiffy A. Alegre. You may also visit their Facebook page at www.facebook.com/ PhilippineOrchidSociety/