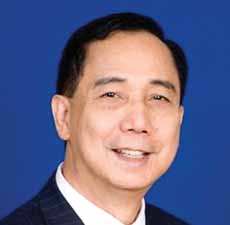 William Dar, the secretary of the Department of Agriculture (DA), is leaning toward a rice procurement program which involves local government units (LGUs) in aiding farmers in recovering from income losses brought about by the dropping farmgate prices and rice importation.

Under the program, small farmers can avail of a P15,000 loan payable in eight years at zero interest. Dar also urged LGUs to allocate P200 million each for the procurement of palay, or unhusked rice, in order to prioritize marginalized farmers.

The DA Secretary also directed the National Food Authority (NFA) to buy palay from small farmers, or those who till a rice field of not more than a hectare. He has also been encouraging officials in the top 20 rice producing provinces to purchase palay directly from local farmers at P17/kg.

In the meantime, P10 billion has been allocated by the DA under the Rice Competitiveness Enhancement Program (RECP) to help ease the farmers’ burden.

The agency has also expanded its survival and recovery program to help farmers in calamity-stricken areas to get back on their feet.

According to Dar, the decrease in farmgate rice prices are caused by “free market forces.” Numerous rice traders and millers have acquired a sufficient amount of imported rice in their warehouses, which have stopped them from buying local grains.